As a postgraduate Afrikaans speaking ("Afrikaner") student  at Stellenbosch University one is surrounded by debates which are predominantly disseminated from, in the words of Aryan Kaganof,2 an “assumed Afrikaner centrality”.

These discourses of language and identity are perpetually and ideologically circulated in an institutional, higher-education context. In this context the use of standard Afrikaans is the order of the day.

The papers presented by Le Cordeur en Odendaal focus on, among other things, the speakers of the other varieties of Afrikaans, such as Kaapse Afrikaans.

Le Cordeur affirmed that Kaapse Afrikaans lives on the Cape Flats, as the language spoken by thousands and thousands of so-called coloured people. As an introduction to his presentation Le Cordeur played a YouTube video of a performance of the Malay choirs: 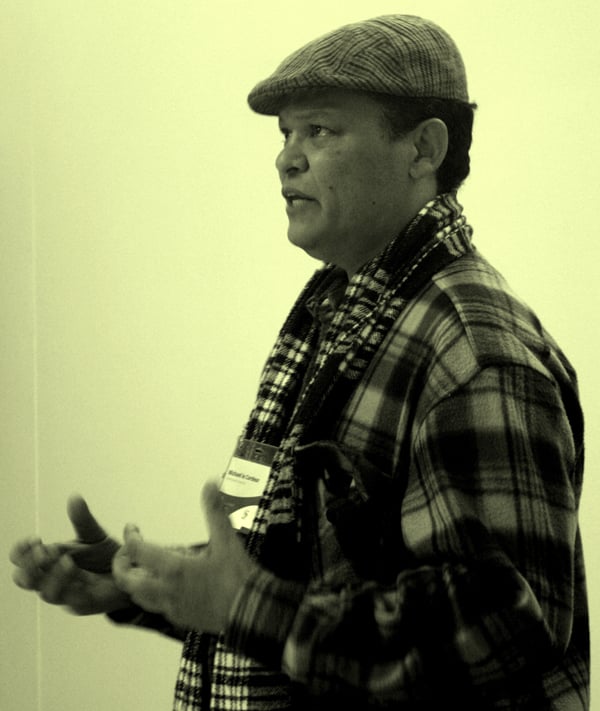 According to Odendaal, so-called white cultural institutions and organisations predominantly made all the decisions concerning standard Afrikaans. Due to the dominant mechanisms furthering the ideological reign of standard Afrikaans, other narratives, identities and discourses of Afrikaans were therefore excluded. Apparatuses to counteract marginalisation were unobtainable. According to Odendaal, standardisation “is not merely a technical exercise” – it is politically motivated.

The standard does not represent the entire speech community.

As Odendaal discussed, various appeals to recognise all the varieties of Afrikaans for inclusion in the standard, have prevailed since the 1980s.

Odendaal provided a brief history of the standardisation of Afrikaans. The process of standardisation denied the creole nature of Afrikaans, among other things. For Afrikaans to acquire a higher status, the Dutch influence was very much emphasised. Khoi- and Malayo-Polynesian-elements were “cleansed” from standard Afrikaans.

Due to this “cleansing” of “slave” elements, standard Afrikaans was seen as “beskaafde” ("civilised") Afrikaans, against which other varieties were perceived – to an extent – as “onbeskaafd”.

Odendaal argued that the stigmatisation of the other varieties, as well as of their speakers, still occurs. As Le Cordeur affirmed, Kaapse Afrikaans is still perceived as a “snaaksigheid” (curiosity).

A negative consequence of the deficiency of standard Afrikaans is that some Afrikaans speakers would rather speak English in formal situations. In any case, English has a high status in South Africa, and is needed in work and other formal situations.

The above information is, of course, not new. What is of interest with regard to the papers of Odendaal and Le Cordeur is the emphasis on narratives of language and identity which – as Le Cordeur mentioned – tend to be overlooked.

Le Cordeur stated that in post-apartheid South Africa, language is a form of identity: “Mense het bepaalde gevoelens oor wie hulle is en waar hulle vandaan kom en hoe taal in daardie hele sisteem ’n rol speel” (People have particular feelings about who they are and where they come from and how language plays a part in that whole system).

With regard to Kaapse Afrikaans, Le Cordeur emphasised the life of and passion for Afrikaans as epitomised in the rhythm of the Kaapse Klopse, the prayers of the Muslims at the mosques every Friday, and the nederlandsliedjies of the Malay choirs.

Learners who speak Kaapse Afrikaans at home are tested in standard Afrikaans, which hinders academic achievement, such as high literacy levels.

He argued further that “the language issue is still one of the main challenges standing in the way of academic success; this is especially true of the coloured child [marginalised by poverty, location and race] who grew up with Kaaps on the Cape Flats of Cape Town.”

Le Cordeur made a very important point: “Curriculum is how knowledge is being conceived; [you therefore] cannot have a curriculum transmitted if people don’t understand the language in which the curriculum is being presented to them.”

He further asserted that “language is critical to basic education and curriculum delivery, and if the child does not understand the language of instruction, obviously he or she will not have access to the information, hence they will not have the same success as some of the other kids will have.” Mother-tongue education is therefore crucial to better education.

According to Le Cordeur, “[C]hildren are forced to study in standard Afrikaans, and they have to read from prescribed books that portray a world far different from their own reality.” He showed that Kaapse Afrikaans is already in the school curriculum: poetry of, for example, Peter Snyders and Adam Small; the drama of Adam Small, Krismis van Map Jacobs; and novels, such as Diekie vannie Bo-Kaap by Sulfa Otto-Allies.

But, he argued, “we need more, a transformed curriculum”.

Le Cordeur referred to annual statistics with regard to reading and writing, done at the Faculty of Education at SU. Reading and writing proficiency does not correlate with learners’ actual ability, as they are tested in standard Afrikaans.

Drop-out rates among so-called coloured and black learners on the Cape Flats are very high due to the correlation of the following factors: poverty, language inequality and low literacy levels, and “this is in spite of the Language Policy for SA Education which stipulates that language should not act as a barrier for access to universities.”

In Le Cordeur’s PowerPoint presentation, which I obtained to assist me in writing this report, he stated: “However, despite these inequalities, the preliminary results of the study indicate that the varieties of Afrikaans are a sound indicator of identity amongst the coloured community in post-apartheid South Africa.”

In the area of education, Odendaal argued, varieties of Afrikaans are marginalised. School learners are psychologically disempowered. They are made to feel that the way they speak is not good enough. They do not have a home in the standard language. 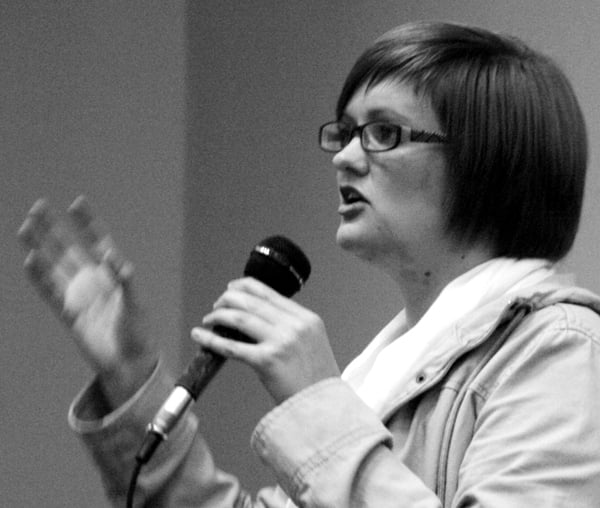 Odendaal stated that this marginalisation leads to a form of discrimination. A learner who speaks Kaapse Afrikaans at home will not necessarily be able to perform better academically than a learner whose mother tongue is closer to the standard.

Odendaal asserted that the above-mentioned stigmatisation, marginalisation and discrimination are unacceptable in a democratic society. She argued for the restandardisation of Afrikaans, which would entail a reconsideration of the standard.

This process would include the following, for example:

The restandardisation of Afrikaans would empower all of its speakers and would lead to:

Odendaal argued that although the democratisation of Afrikaans may “neutralise” the language, the quotation marks illustrate that one ideology is replaced by another. No language can really be neutral.

Also read a report on the conference by Carla Ellis here on LitNet.

2 Aryan Kaganof is the playwright of the internationally acclaimed theatre production Afrikaaps.