The Gallery at Grande Provence Heritage Wine Estate, Franschhoek, is presenting an exhibition entitled We never dreamt of seas ... by Krisjan Rossouw opening on Saturday, 25 April 2015, at 17:00 until Friday, 15 May 2015. 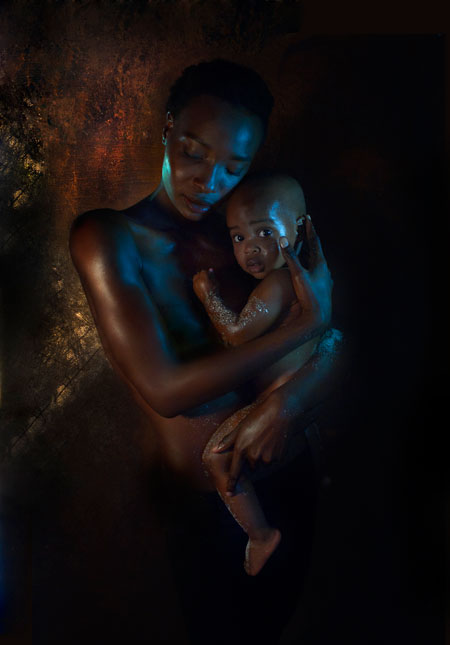 You emphasise the use of colour and light in your work – what was your approach in this show?

My approach to photography and lighting is non-traditional. As with my previous series, Dark Paradise, I’ve continued to employ a technique of layering light sources of varying strengths and temperatures to build an image. These are generally not “photographic” lights. The technique was developed more out of necessity at first. It allows the subject to emerge with an almost organic, handcrafted light quality which I’ve found hard to match with traditional photographic lighting. It also creates interesting treatments on the backdrop used in We never dreamt of seas ... Unlike Dark Paradise, which was all shot in an existing environment - a distressed bunker in a cottage originally built for the wives of English lieutenants – for this series the work was shot at my home studio against a backdrop that was aged through a series of natural oxidising processes. It spoke to the idea of lost and discarded things that I find emit or radiate their own beauty. Like the sea bamboo and pieces of kelp I gathered to shoot my subjects with. Washed ashore, they become different versions of themselves, take on a new life and shape. 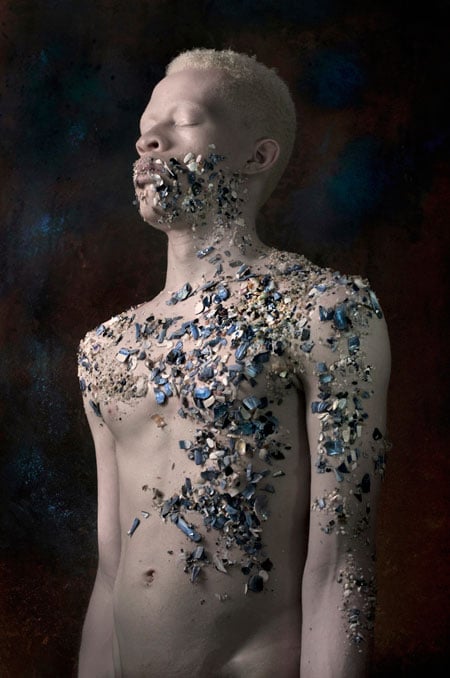 How do you select the models and objects which you place with each model?

I never start with a preconceived idea of who I might shoot. It’s really about meeting people, whether professional models or not, whom I find intriguing. Having a good rapport is crucial, since the shoot itself is a collaborative process. We work together to try and find that moment of truth that resonates. It has been and continues to be the driving focus of my work. A photograph can capture a perfect, single, fleeting, moment absolutely, while a traditional painted or drawn portrait often bears the depth of the artists’s interpretation. I find myself striving to find that point in my work ... an image that has that depth.

The process of shooting is really about experimenting – in this case, between myself and the model, playing with ideas of how to use found objects from the sea. Sometimes I would have a clear concept which I usually start with, and then it’s really about how that evolves. I’m always interested to explore how the model interprets the situation and environment as well; what they can add to the image. 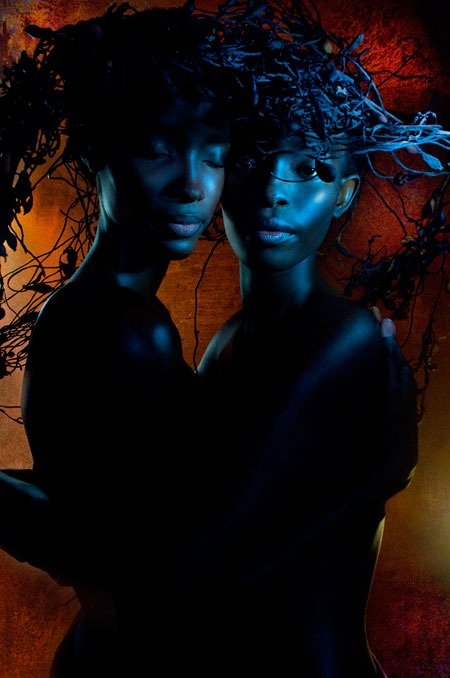 Your work is “proudly South African” – what was your decision to work with only African models?

It’s never been a conscious decision to use only African models. With Dark Paradise many of the models I shot were friends who were gracious enough to sit for me and allow me to experiment and develop techniques. I have no interest in political commentary in my work. Strength is beautiful to me. The models I worked with on We never dreamt of seas ... had that sense of quiet, inherent strength which came to characterise the series.