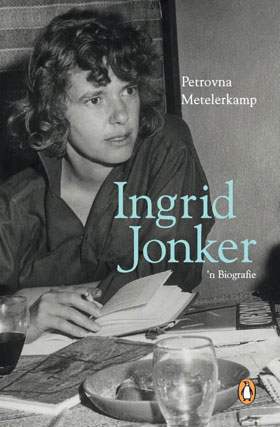 The writer Karen Karbo, author of In praise of difficult women, said in a recent interview that the “difficult woman” label is easily slapped onto a woman who might inconvenience others; on a woman who might believe that her own needs, goals and desires are at least as important as “everyone” else’s.

Men’s, in other words.

And that, one might say, was the poet Ingrid Jonker’s “problem”: she was inconvenient. She believed in her own talent and her calling as a writer, but the world was not structured to support her belief. And, if there’s one thing Petrovna Metelerkamp’s thorough and absorbing biography of the “difficult” poet shows, it’s that life simply pushed her aside or down. Not once, not twice, but daily.

And, not only while she lived, but also after she died. One small example I recently came across was when a (male) reviewer of Metelerkamp’s previous foray into the wild world of Ingrid Jonker’s life (Ingrid Jonker – a poet’s life) wrote that Jonker was “perhaps best known for her suicide”.

In six words, he manages to sweep aside all her work – and there was a lot of it, and it was new and different and bracing – and reduce her to the manner of her death, while insensitively sensationalising the death itself. I imagine those words would have enraged her. Every such reduction – countless numbers of them by the powerful men who surrounded her – unleashed the fight in Jonker and set her further adrift from the world of acceptance.

Metelerkamp is careful not to turn her biography into an abject lesson on the ravages of a patriarchal society on individual lives. She steers through her complex subject with a careful and steady rudder – a class journalistic act. But, it does leave one wondering whether her empathy for Ingrid extends beyond Ingrid’s own personality make-up, life circumstances and DNA inheritance to embrace the social milieu of her short adult life.

Metelerkamp’s choice to skipper away from a more political analysis – too complex, perhaps, in any case, to have fitted it into this biography – does, however, open the way for further studies, since Jonker is nothing if not a “difficult woman” trying to live a fully realised artistic, intellectual and creative life in a society with a very short fuse for women’s demands. How much shorter that fuse was in the middle of last century is almost unimaginable now. But then, as is often so now, her lack of education, her lack of standing, her life circumstances and her poverty, which I believe was her final undoing, were all the result of her being a woman.

The bare facts of Jonker’s life are well documented and quite widely known in broad brushstrokes: her father rejected her as his own before she was born, she lived in poverty with her loving mother and grandmother, and her mother spent time in Valkenberg and then died early as a result of breast cancer.

Her power-hungry father, a journalist with vacillating political affiliations and grasping ambitions, then unceremoniously uprooted Jonker and her sister Anna from their grandmother’s happy, if sometimes hungry, home to live unhappily with him and his new family.

Jonker’s own poetic ambitions manifested early. She had stormy relationships. She died young, possibly by walking into the sea, a death that seems to have been foreshadowed by her poetry.

Almost all Jonker’s struggles as an adult – her marriage to and divorce from the mediocre writer Piet Venter, her volatile relationship with the much older and very successful writer Jack Cope and her doomed affair with the married writer André Brink – were ascribed by her friends and her sister to her problematic relationship with her father. 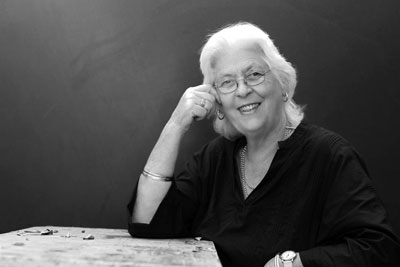 Metelerkamp mercifully annihilates this reductionist approach and offers the reader a larger platter of blame offerings from which, no doubt, many will want to pick and choose the single “reason” for Jonker’s apparent suicide. That, however, is not what the biographer herself does. She constructs, instead, through extensive research and interviews (there are 29 pages of sources and references in a font substantially smaller than that used in the body of the book), a story that, through its own meticulous accretions of both fact and the observations of others, develops a tapestry from which it would be impossible to trace Jonker’s undoing to a single factor.

That said, there is a clear turning point in the young poet’s life, and it arrives neatly in the middle of the book: a devastating rebuff from her lover which has dire consequences for her physical and mental health.

The book builds steadily towards this point, the first half painting a picture of an exceptional, unconventional woman. She was sociable and well liked and seemed to have an unusual effect on the people she met, who were generally drawn to her intensity, sense of humour, playfulness, as well as the earnestness with which she pursued her writing. During this time, she built up a large group of friends, many of them well known for their political outspokenness and the boldness of the art and writing they were producing in the verkrampte, stifling atmosphere of mid-century National Party paranoia.

From there, the steady pace of Jonker’s decline is like watching a train crash in slow motion and, even though one knows where it will end, Metelerkamp manages to maintain a very taut line all the way through to the awful night of Jonker’s death at Three Anchor Bay. The biographer was able to do this by interviewing the friend, Bonnie Davidtsz, who was with Jonker on the night of her death. This must have been a difficult interview both for Metelerkamp and for Davidtsz, who had remained silent for 30 years for fear that speaking about it would cause her to relive the full trauma of that last night with Jonker.

After her death, and even now, there has been a lot of finger-pointing about whose “fault” Jonker’s death was, and whether her friends did enough to help her. The author gives insight into the many ways her friends attempted to help her, and the ways they betrayed her. She shows us how demanding and exhausting it was to continue supporting someone whose mind was unravelling fast and whose behaviour had become intolerable, and the reader is sometimes caught between shock at their behaviour and admiration for their continued support of Jonker. Metelerkamp rounds out these feelings for the reader by quoting actor Dirk Bogarde, who said in a documentary movie about Judy Garland: “In the end we had to fail her. We had our lives to live, we had to go on. We had to walk away.”

There have always been unresolved questions around Jonker, many of them to do with the various constructions about her. Metelerkamp deftly addresses all of these unanswered questions as she documents Jonker’s life. Was Ingrid Jonker mad? Did she do drugs? Did she drink too much? Was she political or were the political resonances in her poetry a by-product of self-absorption? Was she exploited by her lovers? Did she, in fact, commit suicide? The author addresses each of these, and with so much fact and context that intelligent readers are able to draw fairly informed conclusions where Metelerkamp does not candidly offer them. The author did an enormous number of interviews over many years and seems to have read every scrap ever written by or about Ingrid Jonker.

The admirable thoroughness and careful plotting of this important biography aside, Ingrid Jonker – ’n biografie is highly readable. The exhaustive research nestles almost imperceptibly within an unfolding and highly dramatic story which Metelerkamp tells with clarity, restraint, compassion and a welcome journalistic cynicism. The reader senses that the topic has been approached with as much objectivity as might be mustered about one of the country’s most recognisable cult figures. It is the strongest – and definitely the most thorough – addition to the writings on Ingrid Jonker, and I have no doubt that it will be used extensively in studies about the poet in the future.