The essay is based on a paper presented on a keynote panel at the 7th annual SAERA conference, 23 October 2019, Durban. 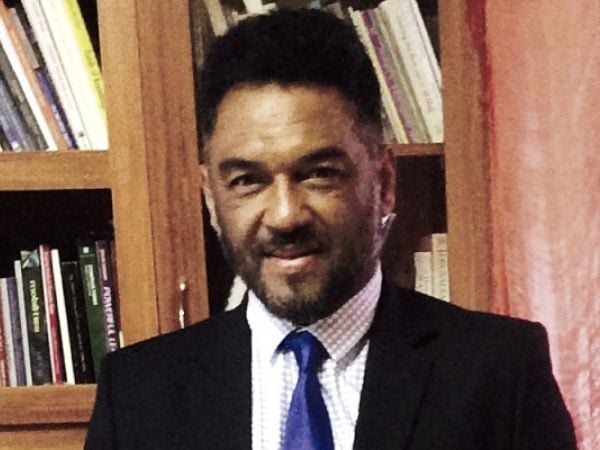 Respected decolonial scholar Boaventura de Sousa Santos recently gave a presentation on 4IR at the University of Johannesburg. His topic was “Information, understanding, transformation: The challenges of the 4IR”.

Santos made a distinction between information and knowledge. He claimed that 4IR promotes information “downloadable on an app”, which negates knowledge as rigorous and relational intellectual processes.

According to Santos, 4IR-type thinking deifies supertechnology, big data and the metric society, based on the logic of “extractivism” – digging, extracting data – which ushers in a nonrelational age based on market-driven algorithms.

He suggested that 4IR produces inequality and recolonisation. South Africa, touted as the Silicon Valley of Africa, would, according to Santos, be playing a subimperial role for 4IR, as the country from which the rest of Africa would be exploited.

Santos offers a reading that positions critical oppositional thinking as the key response to 4IR. I, in turn, offer a perspective that provides a platform for critical educational engagement, an attempt to understand the impact of 4IR on education.

Such a view modifies Santos’s perspective by addressing some of the economic and education policy logics of 4IR, and reflects on some implications of 4IR for knowledge and the institutional curriculum of schools, universities and colleges.

The prevailing economic mode has been described as a form of cognitive capitalism. This refers to the centrality of digital and technological knowledge at the heart of economic functioning. It is suggested that a type of “algorithmic reason”, ie digital platforms governed by algorithms, has rapidly become the engine that propels the economy.

Immaterial labour, or cognitive labour, as opposed to material manual labour, is central to the digital economy. This signals significant shifts in the marketplace, technological disruption and large-scale unemployment.

Employment statistics in South Africa show that blue-collar manual labour has, in fact, grown in South Africa. It seems that we will always need bodies to do menial labour. But it is in repetitive types of work in the white-collar sector – in finances, banking, law and accounting – where jobs have been shed over the last few years.

And the rise of blockchain, artificial intelligence, 3D printing and the internet of things has led to growth in job opportunities in the creative knowledge and data-application industries.

These industries require integrated multidisciplinary educational platforms that could provide the requisite skill sets among young people. Such platforms would be based on newer combinations of applied academic disciplines and qualifications.

Computational thinking, data processing and newer combinations of work-related knowledge are touted as the key to the effective functioning of such educational platforms. Examples have already emerged in some universities. The challenge for educational institutions is to understand and respond to demands for providing curricula that meet these newer requirements.

It seems clear that, in the context of technological disruption, educational policymakers and institutions are being confronted with the following questions:

The 4IR-related education policy story started when Klaus Schwab, the president of the World Economic Forum (WEF), began to spur on thinking about 4IR. From around 2014, Schwab and the WEF’s 4IR ideas have featured strongly in global and local 4IR formulations.

4IR has become one of President Ramaphosa’s signature presidential motifs over the last two years. Governmental processes are coordinated by the minister of communications, Stella Ndabeni-Abrahams, an authoritative political actor who leads 4IR implementation in the government.

A 4IR presidential commission was recently constituted, with the vice-chancellor of the University of Johannesburg as its vice-chair. Professor Tshilidzi Marwala is a crucial policy player, a critical 4IR influencer who has substantial scholarly expertise in AI, engineering and innovation.

The commission’s work is divided into six workstreams, five of which are the following: infrastructure and resources; research, technology and innovation; economic and social impact; industrialisation and commercialisation; and policy and legislation. Importantly, the sixth workstream, “human capital and the future of work”, is chaired by Beth Arendse from the Creative Industries. This indicates that the educational prerogative of 4IR is framed around creativity, skills and employability.

Regarding the framing discourses around 4IR, it is clear, given the ubiquitous references to WEF and Schwab’s writings, that the WEF played a key framing role. The South African governmental policy documents accordingly emphasise 4IR’s impact on the world of work, work disruption and job losses. The documents also stress the need for skills planning, right-skilling the workforce, and future competences.

Government documents are replete with references to scenario planning, governance, statistical projections of jobs, and economic growth. Global consultancy firms, such as Accenture, Learning for Improvement, AT Kearney and McKinsey, feature prominently in various influential local 4IR education discussions. And local high-tech, engineering and info-tech firms have been occupying various spaces where 4IR is advocated.

4IR discourse is currently being “sold” by an intersection of networks active in universities and the commercial, info-tech and innovation sectors of our society. The Centre for 4IR South Africa, for example, was set up by business interests that facilitate 4IR networking in and around the government. The high-tech community, creative industries and business innovators are active on the 4IR circuit.

Universities are playing a crucial role, generating consent. Vice-chancellors are pitching in and punting 4IR from the perspectives of their universities, while conferences are hosted by university and business outfits. South Africa has seen multiple conferences, workshops and symposia, during the last 18 months, all circulating WEF-type 4IR discourses.

Various people who are strategically positioned in 4IR discussions are linking disparate initiatives, conversations and ideas that are central to circulating 4IR education policy proposals.

Yet, little critical discussion has emerged that examines the phenomenon, indicating that a sophisticated, yet-to-be-understood attempt at “manufacturing consent” may be at play.

The newly named department of communications leads 4IR-based policy activity within the government. A key position paper produced by this department, The digital skills strategy South Africa, points out that South Africa is:

… appropriately positioned … to reap the countless opportunities presented by the 4IR. We [therefore aim to] … build a capable 4IR army that is equipped with the requisite skills … to drive digital transformation.

The document continues that the government’s digital skills strategy:

… intends to contribute to the capacities of South Africans to meet the challenges arising from the increasing deployment and adoption of digital technologies in economy and society. The combined impact of these technology trends is having a substantial impact on the world of work, schooling, education and research, individuals and communities.

This crucial document thus presents digital and technological skills as a key feature of the government’s 4IR policy positions. Education, training and schooling are meant to play a central role.

It is clear that 4IR policy thinking is produced by networked governance-type policymaking with spheres of influence outside and inside the government.

Such policy thinking is driven by commercial players seeking a market niche in the innovation and technological sectors of the economy, and also by universities seeking to position their programme offerings in response to unfolding labour market needs.

The department of basic education (DBE) and the department of higher education and training (DHET) have responded to 4IR in specific ways. Education officials in these departments worry that 4IR is a new fad and hyped accordingly. Their concern is that the new priorities associated with 4IR would override older priorities.

The DHET is currently developing a set of policy papers that prioritise digitisation and the associated skills, which, for them, have to connect with the department’s policy goals of addressing unequal access.

In one of her last acts as minister of the DHET, Minister Naledi Pandor appointed an eight-person ministerial task team in May 2019 which would deliver a set of policy and strategy proposals in early 2020. The task team is made up of academics specialising in AI and digitisation; people from banking, trade and industry, and economic transformation; and a youth/women empowerment journalist.

A person from Harambee Youth Employment Accelerator, an outfit that provides employment pathways for youth, is also on the team. There is no one with curriculum or vocational training expertise currently on the task team, although such a person might be appointed to the team shortly.

The digital skills agenda in the DBE reveals a firm commitment to 4IR thinking. The DBE has linked the 4IR discourse strongly to its prior commitment to expanding digitisation.

The DBE produced a policy paper called “Digital skills framework grade R to 9” (2019), framed within clear 4IR terms. This framework document was written during a 4-day workshop by a 9-person team consisting of a DBE official, university lecturers in information technology, and representatives from edu-tech NGOs, namely Teen Geeks and Pearson.

This document proposes a “Digital skills for all” curriculum, as a stand-alone subject, to be introduced in the general education and training phase. This is aimed at preparing learners for employment opportunities in the digital world.

The DBE framework document intends to provide learners with the foundation for future work and careers in computation-based problem-solving fields in the 21st century. The emphasis is on competence categories based on skills and outcomes, with a focus on learning materials.

More concretely, the DBE has developed curricula for the subjects robotics and coding for the general education and training phase. The DBE is actively engaged in rolling out the teaching of coding for grades 5 to 7 in 2020 in 1 000 schools across five provinces. The provincial education departments are currently offering teacher training for coding.

The knowledge and curriculum logics of 4IR

Regarding programme offerings at universities, we have seen the establishment of centres for data science and computational thinking. We have also seen the emergence of a multidisciplinary undergraduate degree in political science, ethics and technology; a 6-month postgraduate course in accounting, data and artificial intelligence; an undergraduate degree in mining engineering and robotics; and an online BCom in accounting. Many institutions are placing a greater emphasis on curriculum alignment with labour market demand.

An emphasis on the transfer of generic skills is rapidly becoming a core foundation of education policy, curriculum and pedagogy. The emerging 4IR knower is touted as a future-proof knower.

The challenge for the education community is to engage inside the belly of the 4IR beast. The emerging educational and curriculum discourses associated with 4IR – new disciplinary, programme and modular combinations – now require research, policy and curricular engagement by educational actors and institutions.