As soon as the death of Zimbabwe’s biggest music star, Oliver Mtukudzi, on 23 January became public, the nation was plunged into mourning. People changed their social media profile pictures and statuses, and replaced them with those reflecting the departed. A good number of those were selfies taken with Mtukudzi. This is testimony to the man who chose to remain one with the people, despite his global fame. Tuku, as he was affectionately known by his legion of fans, never said no to anybody who wanted to take a picture with him.

The last time Zimbabweans mourned in such great numbers was when the late opposition leader Morgan Tsvangirai succumbed to cancer on Valentine’s Day 2018. The big difference was that in Tuku’s case, people across the political divide were united in grief, whereas it had mostly been supporters of his Movement for Democratic Change who had mourned Tsvangirai.

Mtukudzi died just a week after the end of a general strike called by workers’ unions and civic organizations to protest a massive fuel price hike by the government. The protests sadly turned violent, and property worth millions was burned and looted. The government unleashed the army and the police on the people. The result was hundreds arrested, hundreds injured (many were treated for gunshot wounds) and an unconfirmed 12 dead.

Many Zimbabweans say Tuku’s death couldn’t have come at a better time for the government. “It provided the authorities with a distraction from the violence it was still unleashing on civilians,” says Rudo Dube, referring to reports of soldiers still brutalizing people days after the strike ended.

Indeed, the government wasn’t going to let the opportunity pass. The day after Tuku died, he was “unanimously” declared a national hero, according to President Emmerson Mnangagwa, who made the announcement live on television from Mtukudzi’s Norton home some 40 kilometres west of Harare. While some dismissed the declaration as crass opportunism by the government, many applauded the move.

Conferment of national hero status in Zimbabwe has been mired in controversy since the establishment of the Zimbabwe’s Heroes Acre, after independence in 1980. For starters, it is the ruling Zanu–PF party that has sole prerogative of choosing who gets buried there. As a result, many question the credentials of some of those buried at the shrine, while some who the public felt were deserving of the honour never made it. Zanu–PF’s argument is that the status is reserved for “those heroes who subordinated their personal interests to the collective interest of Zimbabwe. They accepted and endured pain, suffering and brutality with fortitude even unto death.” Consequently, almost all those buried at the shrine are politicians and veterans of Zimbabwe’s War of Liberation.

Mtukudzi is the first musician, and one of a handful of non-politicians and non-war veterans, conferred with the honour. While there was little opposition to his getting the honour, there was division over where he should be buried. Some argued that he was too good a man to be buried among some of the dubious characters interred at the Heroes Acre, while some felt he stood a better chance of “immortality” buried at the shrine. His family, however, chose to have him buried at his rural home in north-eastern Zimbabwe.

That should have seen the man who had never declared allegiance to any political party buried in peace, but things are never that straightforward in Zimbabwe. On the Saturday following his death, after a service in Norton, his casket was brought to Harare, where various musicians played a farewell concert. Nelson Chamisa, the leader of the opposition MDC, claims he was stopped from getting into the stadium by state security agents. Government (read Zanu–PF) rebutted his claim, saying Chamisa wanted to drive his motorcade into the stadium, which was not allowed. On being told he couldn’t drive in, he apparently left in a huff. Another version is that he wasn’t even in the motorcade, which was a kind of “advance party”. Anyway, the independent, or non-government, media got their headline: “Chamisa stopped from attending Tuku funeral,” the headlines screamed.

The burial took place on Sunday at Tuku’s home village of Madziwa in north-eastern Zimbabwe. That, too, had its own drama. Once again, Chamisa was reportedly denied entrance to the homestead by state security agents, but this time, instead of him leaving, some of his supporters cleared the way for him by bum-rushing their way in. The ruling party might have had reason to worry about his presence, because some of the thousands of Tuku’s fans who had come to bid their hero farewell were also supporters of the MDC leader, as evidenced by the crowd that followed him, chanting, “President, president!”

Wherever he was, Tuku must have been amused by the way the politicians tried to score points from his death. I knew Oliver Mtukudzi well enough for him to ask me personally to translate into English the lyrics on one of his albums, and to write the sleeve notes. I interviewed the man more than a few times for both radio and print, and during the close to two decades I knew him, he never clearly indicated which party he supported, or discussed politics with me.

It seems he decided he was bigger than politics, as he played at functions for both the ruling party and the opposition. In 2012, he performed at late leader of the opposition Morgan Tsvangirai’s wedding. He also made an appearance at Tsvangirai’s burial in February 2018 as a mourner, but the audience demanded that he sing “Neria”, one of his biggest hits. He obliged them by singing the song without any accompaniment. In 2016, he performed at a Zanu–PF event dubbed the One Million Man March.

But, despite the adulation the government clearly had for Tuku in life and in death, he did have issues with the authorities. The first (which I know of because he told me) was the fact that they wouldn’t allow him to build his now sprawling Pakare Paye Cultural Centre in the capital city. He had to settle for Norton, which is more like a big village than a town. The authorities’ excuse was that the place where he wanted to build his centre had already been allocated to someone else. That was in the early noughties. That space is still vacant. One of his dreams was to run a community radio station. He did build one at his cultural centre. Again, he was denied a licence. Finally, the last time he took me around the complex, proudly showing me new developments, I noticed a plaque that said his cutting-edge recording studio had been opened by Bothwell Nyamhondera, one of Zimbabwe’s most respected veteran recording engineers. “I thought I would give the honour to one of our own, instead of those government officials who do nothing for the people,” was his response when I expressed my surprise that he had asked Nyamhondera to do the honours. That was the closest I heard Tuku express anything close to political.

When he succumbed to diabetes, Oliver Mtukudzi was 66. He had compressed the creative output of several lifetimes by releasing 66 albums. He could have retired decades ago, but kept working almost until his death. He is survived by his wife Daisy, five daughters and two grandchildren. His only son, Sam, who was fast establishing himself as a singer/songwriter and multi-instrumentalist, died in a car crash two weeks shy of his 22nd birthday in March 2010. Some say Tuku never recovered from the blow of burying Sam, whom he viewed as his heir. 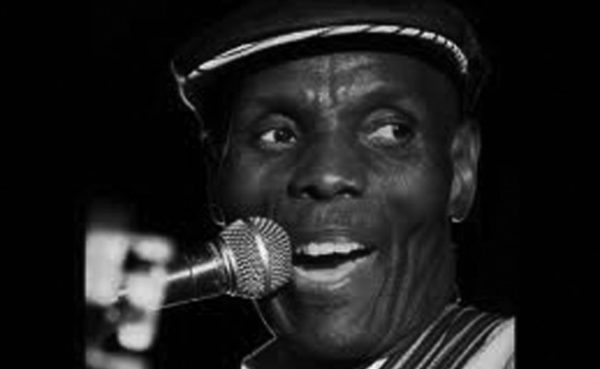