Ken Barris
The Life of Worm & Other Misconceptions
(Kwela) 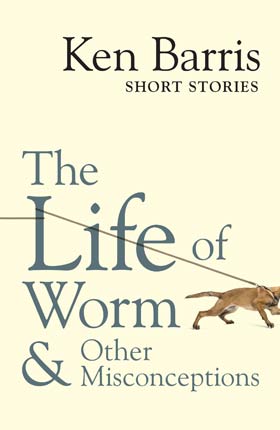 Barris’s collection of fourteen new and award-winning short stories combines the mundane with the surreal in illuminating but often deeply unsettling ways. A sense of insecurity and danger pervades the work as clouds have their edges stained with iodine, puff adders obstruct footpaths and a large male baboon dexterously wields a butter knife. Sometimes the stories appear to jostle awkwardly against each other, but this very confounding of expectations with regard to language, tone and plot is ultimately what makes them so impossible to forget.

Barris defiantly confronts the absurdity of the human condition by producing writing that self-reflexively circles misconceptions about reading, writing and being. All of the stories are weighted by a sense of history and an awareness of the unreliability of both memory and narrative. This may be suggested in throwaway phrases like the ‘inner life of oak trees, their weakness, their corruption, the bloated mass of their history’ or made the focus of attention in stories like ‘Sleep faster, we need the pillows’ in which the narrator lovingly details the experiences of three generations of a Jewish immigrant family in Port Elizabeth and then summarily dismisses the world he has created by wandering away from his grandmother’s coffin, symbolically abandoning a dream that he points out ‘lasted only two generations’.

This extraordinary collection keeps the reader constantly intrigued, amused, repelled and acutely aware of South African realities. The spare prose and narrative dissonances within it resist complacency, instead reminding us that, as the narrator of ‘Grand Parade’ observes, ’why would anyone write [or read] if not to learn and change?’ 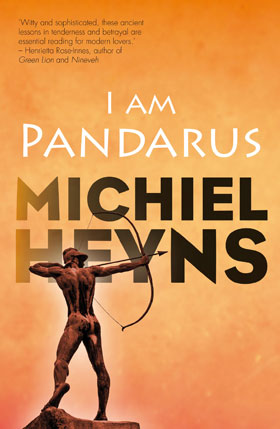 I Am Pandarus is another accomplished and compelling novel by a writer who is in full control of his craft and who once again shows that he has the skills to explore the depths of his subject with wit and self-reflexive irony. The narrator, an editor who has been abandoned by his lover, tells of his encounters in a London gay bar with the mysterious, eponymous Pandarus whose literary genealogy goes back to Shakespeare’s Troilus and Cressida, Chaucer’s Troilus and Criseyde and Homer’s Iliad.

A number of Heyns’s novels conclude with the protagonists having to come to terms with their marginalised state and their unfulfilled lives. In many ways, I Am Pandarus represents the culmination of this overarching theme. Pandarus justifies his role in bringing his widowed niece, Criseyde, and his friend, the Trojan warrior prince Troilus, together by saying: “the gods need messengers and go-betweens as well as heroes and heroines”. Having succeeded in uniting the lovers, however, Pandarus reflects on his own position on the periphery of passion: “In short, I came to experience the fate of all go-betweens, the realisation of one’s own instrumentality and, in the last analysis, dispensability”. He defines himself as the archetypal marginal figure, “abjectly borrowing from others the passion that I had no other way of experiencing. I had been the eternal best friend, treasured for his readiness to serve ... valued as a facilitator; party to the negotiations but of course never to the consummations; valued for his usefulness, but quietly despised for his disponibility” – and, he adds: “I no longer wanted that role”. 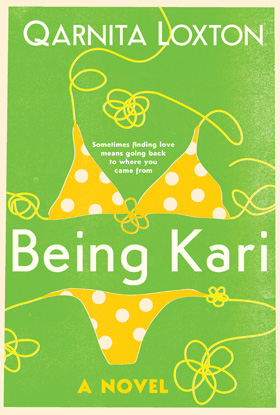 ‘Chick lit’ is defined by novels that focus on contemporary female experience, including romantic relationships, office politics and women’s friendships. Crucially, the tone of such works is always humorous, while its protagonists tend to be unattached, straight, urban, white women.

Being Kari gives the genre a twist by relocating it to Cape Town and creating a heroine who has grown up at the foot of Devil’s Peak, ‘where neighbourly salaams and burkas are as ordinary as yellow polka-dot bikinis’ where she lives with her Afrikaner husband, Dirk. On Valentine’s Day, a drunken Dirk confesses that he has been unfaithful and Kari is also contacted by her estranged family with the news that her much-loved grandmother has died. As Kari forthrightly puts it, ‘It was Ground Goddamn Zero’.

The remainder of the novel deals with Kari’s struggle to reconcile her roles as both a traditional daughter and a contemporary wife and mother. Loxton thus brings an unaccustomed lightness of touch to the exploration of identity that constitutes a key theme in so much South African literature. The narrator’s sensitivity to speech rhythms and close attention to the minutiae of everyday life allow her to vividly effect a fusion between her warring worlds; Kari describes her sister-in-law Shireen’s zip-up abaya, for instance, as ‘her very own version of a halaal onesie’.

The novel ends with the words, ‘it’s just the beginning’ and one hopes that this applies not just to Kari’s life, but also to necessary conversations between South Africans, between serious and popular literature and between western and southern imaginaries.

The Life of Worm & Other Misconceptions: a review

Being Kari: an interview with Qarnita Loxton