1.
something that comes or belongs to one by reason of birth; an inherited lot or portion: a heritage of poverty and suffering; a national heritage of honor, pride, and courage.

A privileged white South African family is under public scrutiny after moving into a squatter camp for a month in an attempt to see how the other half lives.

On their blog Mamelodi For a Month they answer the question to themselves: "Why are we doing this? For our family to have a direct experience into a daily South African existence so that we can create a broader conversation of the role that empathy plays in underpinning a healthy democracy."

Naomi Meyer asked Julian and Ena Hewitt during the week of Heritage Day 2013 if the experience truly helped them understand some fellow South Africans’ heritage – as well as their own.

Hi Julian and Ena, for anybody who hasn’t heard your story: What were you guys up to during the month of August?

Ena and I decided to create an opportunity for our family to experience the kind of life that is still normal for most South Africans. During the month of August, and together with our daughters Julia (4) and Jessica (2), we moved into a 9 m2 shack in an informal settlement in Mamelodi East. We lived very close to the shack of our helper, Leah Nkambule.

To keep the experience authentic, we also lived off a very tight budget of R3 000 for the month, which is an approximation of the median black household income in South Africa. We had no electricity and had to make do with a communal tap and latrine. The month was quite an immersion into not just bridging the black/white divide in our country, but also, more significantly, the growing rich/poor divide too.

Why did you decide to live in Mamelodi for the month, and when did you have the conversation when you decided: okay, we are going to do it!

We can see the lights of Mamelodi from our flat–topped roof in the Pretoria suburb of Wapadrand. While we live in a comfortable house in a security estate, Mamelodi is only 12 km away, but for all intents and purposes might be another world. Living in Mamelodi gave us two great opportunities. Firstly, living two shacks away from Leah meant that we could integrate much more easily into the community, as we had already been there a few times before. Secondly, both Ena and I have jobs and we still wanted to be (somewhat!) economically active in August.

Ena and I were inspired by a story we read regarding two well–off professionals from India who decided to live alongside their helper. It was a way for them to broaden their understanding of living off the poverty line. Theirs was a fascinating story of empathy and one that we saw had many parallels in our South African context. We have the “Why not?” instead of the “Why?” approach to life and this sounded like a great way to get to know ourselves and our country better. As soon as we started speaking to friends about the idea, we really had to make a commitment to it. 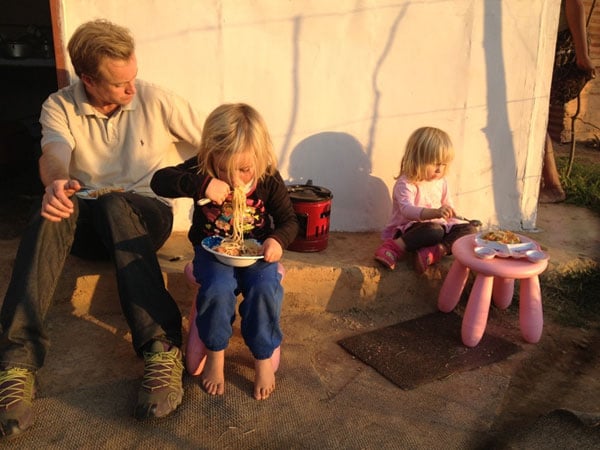 In a sentence or two: How did you experience living in Mamelodi?

The community was amazing and embraced us with open arms, but the day–to–day living was incredibly tough.

How did your kids experience living in Mamelodi?

Given that it was such a different lifestyle for the month, our children were incredibly adaptable to their new surroundings – much more than we would have thought. They had lots and lots of new friends to play with and were quite content without a TV or toys. We were pleasantly surprised at how helpful they were in hanging up the washing or helping dry the dishes. Julia could say a couple of words in Sotho by the end of the stay and would amuse taxi passengers with her calls of “short left” or “after robots” to let the taxi driver know where we wanted to get off. Saying this, though, Julia and Jessica were also very happy to come back home at the end of the month. 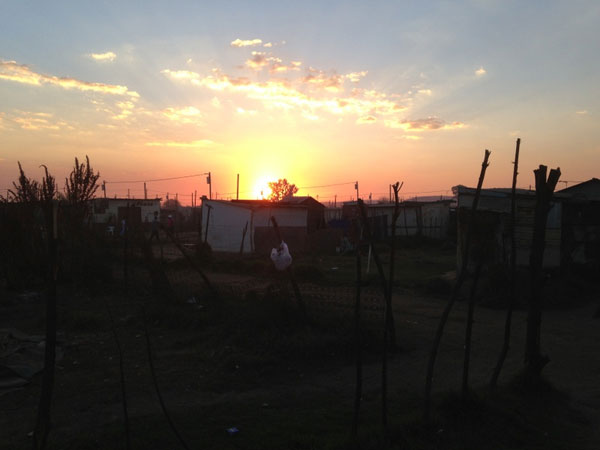 How does it feel to be back home in Pretoria?

While it was sad saying goodbye to our friends in Mamelodi, coming back home felt fantastic. We really hope to continue appreciating our middle–class luxuries as long as possible. As a family, we were all quite sick for the first week, so it has been slower getting back on our feet again.

What did you miss the most while living in Mamelodi?

Ena missed her hot showers, and a month of bucket baths tends to have this effect, especially in the middle of winter. I would have loved the luxury of opening a fridge and grabbing a beer or enjoying some meat with supper.

We found life in our informal settlement to be very inefficient. Everything took so much longer, from washing clothes to cooking food and getting from A to B. It is great to be back in a much easier living environment in this regard.

Is there anything you miss about Mamelodi now that you’re back home?

I miss the sense of community. There are always people around you and there are no high walls to separate your from one another. Lives are so much more intertwined than we are used to. Play dates happen every afternoon and don’t need a week’s advanced notice. Our TV screen was in the form of an evening fire that people from the street came together around to catch up on the day. 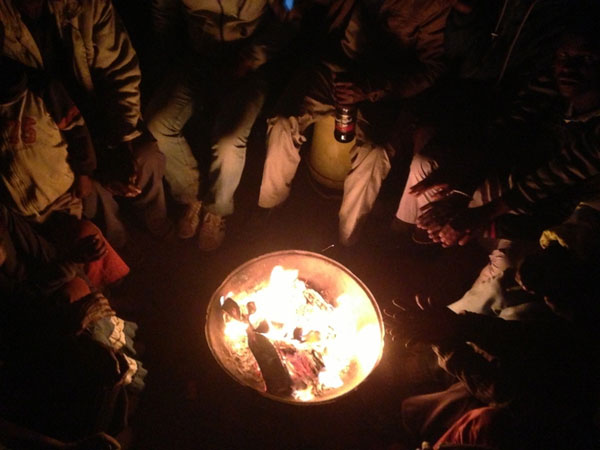 Has this changed the way you look at the South African situation?

We were incredibly surprised about the interest in our “Month in Mamelodi”. From our side, this was a personal journey that we had undertaken and had a blog and twitter account to share stories with family and friends. Ena and I were constantly amazed that what we were doing should be so newsworthy in the first place. After all, we were only experiencing for 30 days what many South Africans experience as daily life. It showed us that there are still some incredibly big disconnects in our society that had not been properly addressed. This made us take stock of where we are as a country.

There are people saluting you for what you’ve done and also people saying that you’ve only experienced an adventure camping trip. What do you think?

“Camping” is an incredibly glamorous way to frame living close to the poverty line with kids while still trying to remain economically active and having drug dealers peddling nyaope 30 metres from your shack. There was nothing romantic about this lifestyle.

Many people also had strong opinions on what we were doing. This was probably not surprising, given that our month touched on some of the biggest unresolved socio–economic challenges in the country. It became really important for Ena and me to stay true to our own intentions of why we had wanted to spend a month in Mamelodi in the first place. This included appreciating different perspectives on what we were doing, but not taking all of them to heart. We wanted to have authentic community engagement and create a conversation around our experiences. I think we achieved both of these. 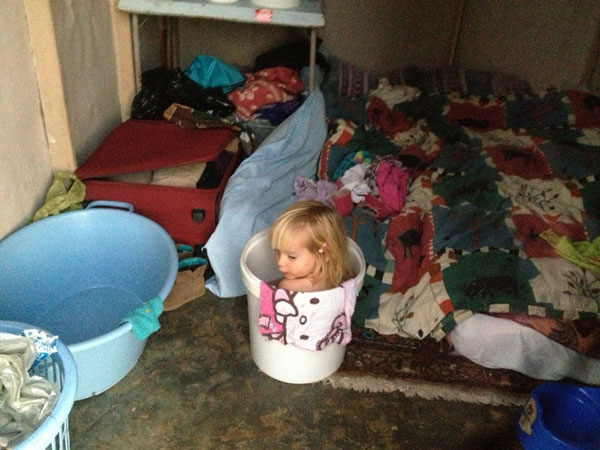 Would you do it again and why, or why not?

Absolutely. We are by no means township experts, but we know so much more through direct personal experience than we would ever have gleaned by just reading about some of the challenges we faced in books or newspapers. There were many profound encounters we had a long the way and I would have happily gone back to Mamelodi just to have experienced any one of them.