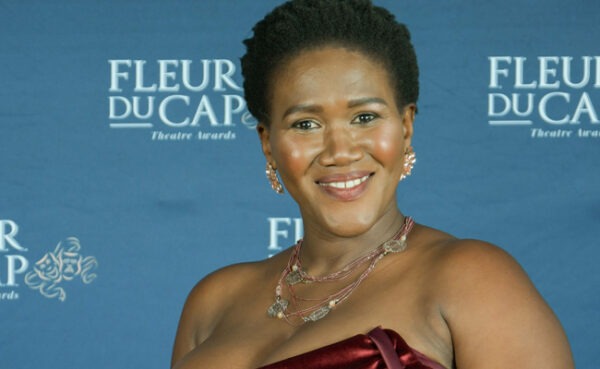 Winners for the 2022 Fleur du Cap Awards were announced in 19 categories this year.

Naomi Meyer interviewed some of the winners of the awards.

Below is the first one; an interview with Peggy Tunyiswa.

Peggy, you were awarded Fleur du Cap awards for your role in Valsrivier. Please share your own experiences and thoughts on the play with our readers?

Thank you very much, Naomi. Winning this award is very special to me, as the play Valsrivier was and continues to be to me. It has had so many “gifts” for me, even as it was a gift in itself. Before the show, the most Afrikaans I had spoken was probably back in high school, decades ago! I had the most passionate Afrikaans teachers from primary to high school. It is a language I have always admired for all its achievements and contributions to the arts and culture of the country. I remember vividly my amazement when I first visited the Taal Monument in Paarl.

Before the show, the most Afrikaans I had spoken was probably back in high school, decades ago! I had the most passionate Afrikaans teachers from primary to high school. It is a language I have always admired for all its achievements and contributions to the arts and culture of the country. I remember vividly my amazement when I first visited the Taal Monument in Paarl.

To know that I was going to be in an Afrikaans production was straight-out exciting; any fears came perhaps later when the adrenaline had cooled down! Even then, we got support from the production, director and cast, from improving our pronunciation to explaining other elements/nuances of the language for us – for me and for Wiseman Sithole, who was my husband in the play. I was in the company of greatness and love! Back then, I was the only one with no nomination or award!

The play itself is very delicate, yet very honest. I especially enjoyed the inclusive nature of the story, as it is set in the time of our racially divided past in South Africa. It’s almost like people often want to tell their own stories separately, whereas all these races have been in South Africa, going through the same history, though it has affected them differently or been recorded differently for each. I appreciated learning how the two families bonded beyond what was racially required of them, and that the parents are similar ages, and their children also. I was saddened by their losses, especially the life of Paul. Drugs and substance abuse tear apart families and ruin the lives of those addicted. Every night as the lights came up at the end of our performance, seeing the tears on the faces of almost all of our audiences, I wondered how many were personally going through such pain in their lives. Because it is a reality in my family and community.

The past two years were not kind to theatre. I saw Valsrivier at the Woordfees in 2020, and this was maybe the last festival where people could see this on stage as live theatre. Did Valsrivier play at other festivals as well? Maybe share some memories of the various live performances with our readers.

What a difficult time the lockdown put us through – sad for many, and I hope those who suffered loss will find consolation with time. It was terrible for theatre, to say the least.

What a difficult time the lockdown put us through – sad for many, and I hope those who suffered loss will find consolation with time. It was terrible for theatre, to say the least. When I was cast for Valsrivier, I was just “coming back” full-time in the industry after focusing on raising my family the previous three years. I was very excited to get a job so early in the year! My calendar was clean and clear anyway, so when we were told that many other theatres were booking the show, I was just available for it for as long as they needed me! What fortune I had landed, I thought, until the lockdown changed it all for all of us.

That debut run at the Woordfees in 2020 was, in fact, the last time we did the show in front of a live theatre audience. The next time we did it was almost a year later when it was filmed for Woordfees TV. It felt so good to be back in the space and be together as a cast for the completely new experience of filming a stage play, directed by Christiaan Olwagen and, although virtually, Janice as well.

Winning a Fleur du Cap Theatre Award is just the best! It’s my first nomination and win. I know that I worked really hard for it; bringing Mary Dlamini to life was very challenging, but I gave her my all. It was my comeback role. I was determined to shine. But also, knowing my role was to support the lead family, I had to balance this and throw away the ego. The recognition of the work is very welcome. Many people are saying it has been a long time coming, which I have found humbling. I am encouraged to keep giving my best, especially for those who believe in me.

I look forward to a financial transformation as a result of the award. They say awards open doors. It would be another special gift from Valsrivier. With my earnings from the show back in 2020, I managed to help some people, including artists, hit hard by the lockdown. That is something I am keen to continue to do, making a difference in other people’s lives.

Do you think that the arts are still relevant during pandemic times? Why keep on creating theatre?

The arts have never been irrelevant at any point in time. It is like children. Always there since, since.

The arts have never been irrelevant at any point in time. It is like children. Always there since, since. Children were born in the pandemic, children were made in that time, a child is born today; Jesus was born, and that day is now known as Christmas day.

Why still make art? There’s a child who does not want to work in an office to earn a living. They have no idea what else they can be, because there’s no career advice for what others think is irrelevant. I want to make art to reach that child, to shift mindsets and provide healing.