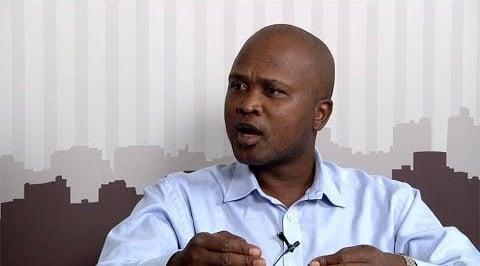 Ralph Mathekga is one of SA’s leading political analysts. He taught politics at the University of the Western Cape and worked as a senior policy analyst at National Treasury. He is often quoted by local and international media and comments regularly on TV and radio. Ralph is the author of the bestseller "When Zuma Goes" and holds a PhD in politics. 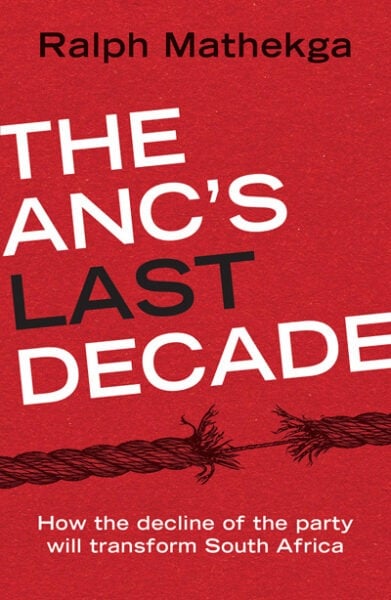 The ANC’s last decade: How the decline of the party will transform South Africa
Ralph Mathekga
NB Publishers
ISBN: 9780624092032

For nearly three decades, the ANC has held South Africa’s politics in an iron grip. With the party seemingly at war with itself and President Ramaphosa battling to rein in corrupt cadres, Ralph Mathekga predicts the ANC will fall below the critical 50 per cent threshold before the end of the decade.

The decline of the ANC could bring political reform, but also uncertainty. If the ANC loses power, who will be in charge? Who or what will come after the ANC, and how will this affect South Africa?

Since the first democratic elections in 1994, no party has held on to the third position in consecutive elections. Smaller political parties have always alternated in this position. Because it has claimed this spot, the only way up for the EFF must be to depose the DA and become the official opposition. The DA, right now, is not in a position to wage a decent defense, having slipped into an identity crisis that has resulted in a major leadership exodus. Fortunately for the DA, it currently still enjoys double the electoral support that the EFF has (20,77 percent vs 10,8 percent in 2019). The EFF itself is also facing the biggest risk the party has ever faced since its creation. Malema and Shivambu’s legal troubles will weigh heavily on the EFF as the single most influential factor on the party’s growth prospects.

The poor youth, many of them radicalised by the party itself, could become cynical about the EFF. The big question is whether it can survive the VBS scandal, as well as whether Malema can survive what comes out of the Zondo Commission inquiry into his trust and his activities in Limpopo when he was the president of the ANC Youth League. For now, however, the EFF finds itself in a moral crisis about the party’s position on fighting corruption, and this has to do with the fact that its leaders are personally implicated in benefiting from maladministration. And their defense of deflection and transferring blame is weak and ineffective. In addition, the sycophancy of the educated EFF leaders around Malema is disheartening. Even the ANC with its warped "democratic centralism" still seems more democratic than the EFF.

ANC members are allowed to express their factional affiliations all over social media and on public platforms. This does not happen in the EFF, and poses a challenge to this party’s growth. For example, the studious support by some senior members of Ace Magashule, the now-suspended secretary-general of the ANC, is often shown on social media, in spite of party resolutions against him. Magashule has himself used social media to make a case for the nationalisation of the Reserve Bank, for example – something for which he has been criticised publicly by other senior party members, such as finance minister Tito Mboweni. One would imagine that South Africa’s least offending political party, the DA, would have seized the moment and consolidated its support base. They could have attracted those who are tired of the ANC, and EFF’s radical politics. The DA should be on a mission to consolidate moderates by crafting a political project that would do what the EFF and the ANC are failing at: uniting the people of South Africa.

Having come out of the progressive liberal politics of Helen Suzman, the DA is well-positioned to pursue multiracial politics aimed at the common good. But the DA has disappointed in this regard. Instead, it opted to recast itself as a party that aims to consolidate the minority vote – the white minority, that is. This brought about the return of Helen Zille as the party’s Federal Council chair in 2019. Before her return, Zille controversially tweeted in 2017 about how the legacy of colonialism in Africa cannot all be negative. At the time, she was premier of the Western Cape. She did not stop there, creating more backlashes as she tweeted about race, racism and apartheid in 201965 and again in 2020 – the last time, stating: "Lol, there are more racist laws today than there were under apartheid. All racist laws are wrong. But permanent victimhood is too highly prized to recognise this."

As Zille’s battles were raging, the DA also resolved that it would not support affirmative action nor use race as a criterion in its policies. This is because the ANC continues to abuse race to justify some of its senseless policies, such as black economic empowerment, according to the DA. The DA’s battle with race and how different race groups dominate the party’s policy choices became a heated issue within the party. Internal pressure culminated in a scathing report implicating former party leader Mmusi Maimane, who was heavily criticised for poor leadership after the party’s dismal performance in the 2019 elections. For the first time, the DA lost electoral support at the ballot box. The votes the party attained shrank from 22,23 per cent in 2014 to 20,77 per cent in the 2019 national elections, after having grown from 12,37 per cent in 2004 and 16,66 per cent in 2009. The DA was spooked by its poor performance in the 2019 elections, and Maimane was indeed out of his depth.

I knew at the election centre in Pretoria in 2019 that he would be pushed out of the party. He never got a firm grip on the DA, and had been challenged and criticised as not being the right person to lead it. During his tenure, he was often eclipsed in Parliament by the ever-growling John Steenhuisen, who would ultimately succeed him. Maimane resigned from the DA in October 2019, after Gauteng mayor Herman Mashaba left the party earlier that month. Both Mashaba and Maimane’s resignations were triggered by Zille’s return to the party. The elective congress chose Steenhuisen to lead the party. With his ally Zille, Steenhuisen is seen as driving the DA to becoming a white-dominated party.

The report on the election results, drawn up by three prominent party members, stated categorically: "It is our carefully considered view that the single most important factor in shaping the DA’s current circumstances is a failure of effective leadership." Some of the key problems, among others, were identified as:

• A lack of clarity about the party’s vision and direction.

• Confusion about the party’s position on key issues.

• The erosion of the party’s unity of purpose.

• Deep divisions within the national caucus.

The party’s response to this, however, was rather concerning. The DA opted to become an identity-based party concerned with farm murders and the negative effect on white people of the ANC’s transformation project. This is what some in the DA consider a return to classical liberalism, but the party can only be criticised for its knee-jerk response to its electoral upset in 2019. Prior to those elections, the party was dealing with genuine concerns about what type of opposition it needed to become to be able to take over the government. The party had shown steady growth and had just breached the 20 percent ceiling in the 2014 elections. But during Maimane’s tenure as the leader of the DA – from 2015 to 2019 – the party struggled to formulate a coherent message or even policy alternatives. The party was preoccupied with President Jacob Zuma, during whose tenure the opposition had it relatively easy. Zuma kept on giving them fodder that secured a series of court victories against his decisions in government. The opposition became complacent and did not focus much on developing new messages and alternative policies. Opposition parties, especially the DA, had become reactive and not proactive. Once Zuma left office, the cracks within the party were exposed. Even with the ANC descending into further crisis, with Ramaphosa struggling to stabilise the party, the DA still could not hold up. It failed to grow, despite the disastrous Zuma years. (Even the EFF attained a moderate growth of 4 percentage points.)

The DA assumed its support was declining because it was not firm enough in its opposition to the ANC and that it was upsetting the party’s traditional constituents. The party lost further votes, and admitted to that fact, because of the hasty reaction of one of its leaders to a photograph taken in January 2019 of Grade R pupils in a primary school in Schweizer-Reneke in the North West province. It depicted black learners sitting on their own in class; the DA’s youth leader, Luyolo Mphithi, denounced it as racist. The teacher, Elana Barkhuizen, was suspended, but the Labour Court later ruled that no racism had taken place. The DA investigated the incident, and a report by the deputy federal chairperson, Refiloe Nt’sekhe, found that this incident had a significant influence on the party’s national election results.

As far as I can gather, the DA decided – because of the electoral upset – to abandon the idea of building a progressive multiracial centre upon which to galvanise a majority. Instead of building itself as multiracial party, the DA opted to protect its traditional support base, some of whom were struggling to come to terms with the influx of black leaders.