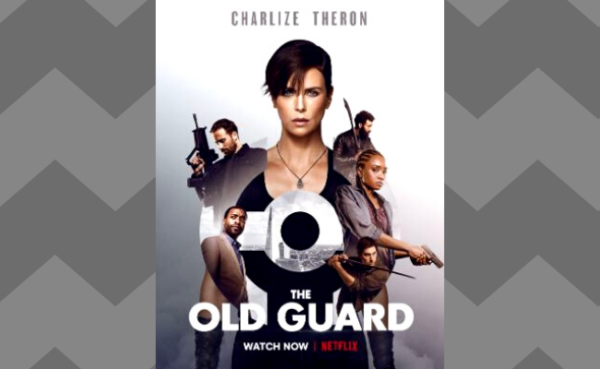 Led by a warrior named Andy (Charlize Theron), a covert group of tight-knit mercenaries with a mysterious inability to die have fought to protect the mortal world for centuries. But when the team is recruited to take on an emergency mission and their extraordinary abilities are suddenly exposed, it’s up to Andy and Nile (KiKi Layne), the newest soldier to join their ranks, to help the group eliminate the threat of those who seek to replicate and monetise their power by any means necessary.

I sat down to watch this film with curbed expectations. The trailer was already a bit stale and predictable, but, as an avid Charlize fan, I dialled in – or, rather, logged on. I just wanted pure entertainment, something to take my mind off COVID-19 and the new round of load-shedding. Thank you, Oom Cyril, for the latter.

Going into a Netflix original, you expect the production values to be high. They do throw cash at productions. And, as expected, the breathtaking locations are plentiful, the styling is top-notch, the camerawork is great and the carefully choreographed fight sequences are totally cool. Jis, but onse Charlize kan gat skop.

The acting is great because great actors were cast (even though you could see them putting in a lot more than the threadbare script called for). There is an unexpected, lovely love story thrown into the mix. The storyline is interesting, the plot holes not too obvious. The old guard is the pilot for yet another action franchise.

But? You do not care for any of these characters. The emotional stakes are non-existent. Andy, as the typical lone-wolf killing machine, is mostly aloof, then suddenly a tad maternal. Nile is the typical rebellious teenager. And, even though Joe and Nicky’s love affair is initially sweet, you have no idea who they are or why they are so in love. If any one of them had died, I would not have really cared.

Next but? The dialogue is so lame. So cheesy. So unoriginal. So sanitised. It is utterly tedious. Charlize, the drawcard of this film, is a great dramatic actress and is great at action sequences. But do not dial her down or make her or her characters saccharin-sweet. How about just letting her write her own dialogue? Just watch a few interviews with her. She has a wicked sense of humour, a potty mouth and a different take on most things. As was the case with the cast of Ocean’s 8, if they – and Charlize in this instance – had been allowed to contribute or improvise on set, we would have ended up with an edgy, hilarious and wicked script. Just watch this interview: