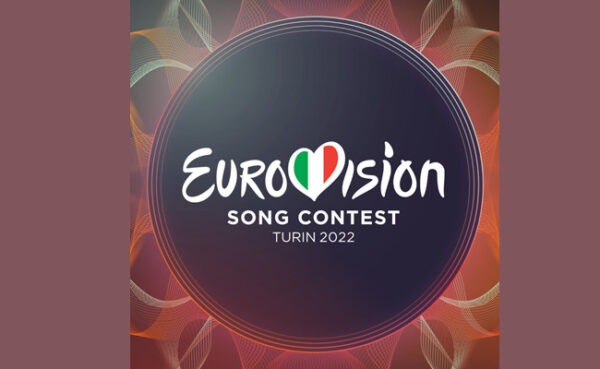 Shakespeare always moved with the times; he would certainly have added that music is the food of politics, not only love, judging from contemporary events.

Shakespeare always moved with the times; he would certainly have added that music is the food of politics, not only love, judging from contemporary events.

Moments after Ukraine’s win in the 2022 Eurovision Song Contest, President Zelensky declaimed: “Our courage astonishes the world, our music conquers Europe.” He wasn’t wrong – a decisive victory for Ukraine came from the public vote delivering 439 points from among the 25 finalists. The United Kingdom, astonishingly, after years in the doldrums of the competition, came second, also on a surge of public votes from Europe. Immediately after Brexit five years ago, the unpopular Brits tanked at the bottom of the pile. But analysts have been quick to say that this year’s triumph was the result of the UK stepping up to the plate with aid to Ukraine, eclipsing France and Germany, who were punished accordingly. “Europe loves us again” is the message from the Tory press, and Boris can now unilaterally forge ahead with Irish Protocol changes without too much fear of a European backlash. Britain’s popularity in Europe has been salvaged. Move over, Macron.

Well, maybe. But there is no arguing with the political impact of Ukraine’s win. The common thread in the commentariat radio and newspaper feedback is that President Putin is wary of the impact of the Ukrainian Eurovision win on Russian public morale. He is suspicious of the Russian public, who apparently show disloyal signs of loving music more than propaganda. The Ukrainian result has seemingly gone viral in Russia, who were, of course, banned from the competition this year – an event, moreover, which they have hosted in the past. Putin is highly sensitive to music as a subversive factor in Russian politics – as witness, his overkill on the hapless pro-Democrat Pussy Riot band a few years ago, who are now languishing in jail as political prisoners.

And, as if further proof were needed of the political importance attached to the Eurovision contest, the Australian government has just announced that they succeeded in frustrating an attempt by Russian cyber hackers to stop broadcasts of the competition, down under.

All of this fuss around a handful of songs of questionable intrinsic musical merit (it has to be said) leads to all kinds of interesting questions about music in the pantheon of art generally, given that all art is very often held to be political nowadays.

Obviously, the well-ploughed fields of literature and allegorical poetry are to hand, saying one thing and meaning another to evade authority, both secular and religious, for the past 2 000 years, to get the message of protest across. From Sophocles’s “Antigone” onwards, to Solzhenitsyn’s Gulag and beyond, writers have been banned, imprisoned and burned at the stake for heretical subversion in their writings. Sophisticated satire in Gulliver’s travels, lethal political cartoons in Hogarth’s time – closer to home in South Africa, Breytenbach, André Brink, Nadine Gordimer, Athol Fugard, Zapiro and many more have all felt the lash of the political censor.

As for the visual arts, Guernica by Picasso is but the tip of an enormous mountain of political protest of one visual form or another. South Africa has its own imitators in this regard.

But what of music? Resistance music? Music that carries a political message? Well, the fact is that it is everywhere, in all forms, and seemingly always has been – a fellow traveller of protest and galvanisation. Even serious classical music and opera – all forms – have had to be carefully judged by their composers to fit the temper of their epoch.

But what of music? Resistance music? Music that carries a political message? Well, the fact is that it is everywhere, in all forms, and seemingly always has been – a fellow traveller of protest and galvanisation. Even serious classical music and opera – all forms – have had to be carefully judged by their composers to fit the temper of their epoch. Giuseppe Verdi struggled to get “Rigoletto” performed and approved by the authorities. It was variously held to be treasonous, provocative, inciting and so forth. But in its camouflaged depiction of the Duke of Mantua, it passed comment missed by no one on the Austrian occupation of Milan. Verdi was lucky to get away with it. The classical Greeks had their plays borne aloft by singers, the off-stage chorus, as did the Romans.

In the last century, even quite innocuous songs became political. “Lili Marleen”, written by a homesick German soldier in the trenches in 1915, is a good example: first broadcast by the German war radio in 1941, it soon became a favourite on both the Axis and Allied sides. Göring, the German air minister, is said to have felt that it undermined the German “fighting spirit”, but he was persuaded by General Erwin Rommel that it was, in fact, good for morale, and it continued to be aired. It became Marlene Dietrich’s signature song, an instant classic adapted to any mood. Allied troops in Italy changed the words to the “D-Day dodgers” song on their march to the battle of Monte Cassino.

Deeply political, as well, were all the Irish rebel songs, countered by the British, who had their own songs celebrating the defeat of the Irish rebels under Wolfe Tone and the United Irishmen in 1798 – the most notorious of which was “Croppies lie down”, describing British forces confronting Irish “cowards” burning lands and houses – the lyrics still too provocative to print today.

The Irish, in turn, continued to impart the political message of the rebels in songs in pubs across the land until they had gained full independence, and they still do this to remind themselves of what they have achieved. In fact, last week’s totally unexpected triumph at the polls by Sinn Fèin in Northern Ireland has triggered another round of giddy pub nationalism, according to the elements of the British press, with traditional songs being dredged up and the spectre of a united Ireland being invoked.

Well, we shall see, but what is certain in the Irish context is that music has the potential to remind people of their political legacy and to continue to build on it.

The political and emotional resonance of music was also to be found during the Boer War – famous British troop songs include the stirring “Goodbye Dolly Gray”: I am needed at the front to fight the foe.

Like the Irish penchant for never forgetting the past in songs, forever trapped in amber, the legacy of the Boer War also lives on in the folk songs of contemporary Afrikaans singers – Bok van Blerk’s powerful rendition of “General de la Rey” being a good example: “Sal jy die Boere kom lei?”

Nor does Van Blerk’s creativity stop with the Boer War – his recent song is a dystopian comment on modern political South Africa and the choices farmers may face. Rightly or wrongly, here is music with a powerful political message. Also recently reported on, is the South African black resistance song, “Kill the farmer, kill the Boer”, about which there has recently been a court case involving the EFF leader.

National anthems and their naked appeal to patriotism and struggle also have their place in this discussion of political music. “Nkosi sikelel’ Afrika” is such a beautiful piece of music that people all over the world have been moved to subscribe to the simple accompanying verbal message by Nelson Mandela – that of freedom. On the reverse of the medal, on the other hand, can be found the original strongly nationalistic lyrics of “Die stem”, now removed: “In die merg van ons gebeente,/ In ons hart en siel en gees,/ In ons roem op ons verlede// ... Skenk ons ook die krag, o Here!/ Om te handhaaf en te hou –/ Dat die erwe van ons vad’re/ Vir ons kinders erwe bly.”

The French national anthem, the “La Marseillaise”, also has the most bloodthirsty lyrics one can imagine, carefully preserved for tomorrow’s generations of young French to reflect on: “Let us March! Let us March! May impure blood water our fields! ... What, these foreign troops would make laws in our home?”

And so it goes on, verse after verse, making anything even the most hardened African revolutionary could come up with, sound like small beer.

And so it goes on, verse after verse, making anything even the most hardened African revolutionary could come up with, sound like small beer.

The powerful anti-war protest folk songs of Joan Baez and Bob Dylan in the sixties and seventies, when the Vietnam War was at its height, were nothing if not political. And Dylan’s “How many times must the cannonballs fly?” evokes instant images of that era when people wore flowers in their hair and Cape St Francis and Jeffreys Bay were the surfing meccas in the film Endless summer.

Everyone will have their own favourite song which captures the essence of some political occasion, which lifts the spirits and morale of the fighting soldier or of civilians on the front line. “The internationale” of Europe’s communists, sung to the tune of “Tannenberg” – or, in South Africa’s case, Bram Fischer and other secret leaders of the South African Communist Party apparently used a song as cover for lustily bellowing out the refrain of the banned “Internationale”.

But for my money, the Portuguese entry in the Eurovision Song Contest of 1974, “E depois do adeus” (“And after the farewell”) by Paulo de Carvalho, takes the biscuit as a political song. It was broadcast as a signal to start the Carnation Revolution on 25 April 1974 in Lisbon against the authoritarian rule of Marcello Caetano. The implications for South Africa were profound: two years later, both Angola and Mozambique were independent, and the countdown to the end of apartheid in South Africa itself had begun.