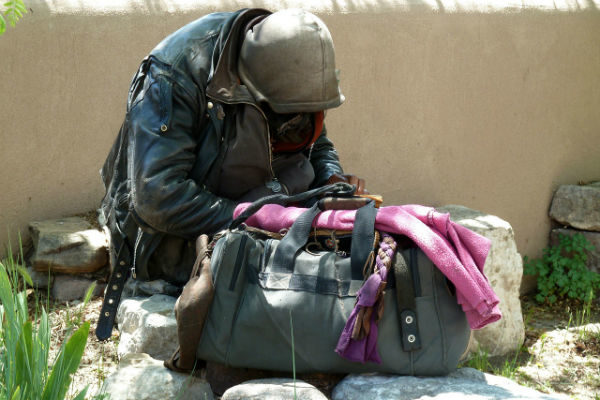 It was only weeks after the fugitive Henry Adler murdered farmer Mcather that the stranger entered town, and Lettie walked out onto the porch of her tearoom and squinted. But the man didn’t seem to notice her. Resolutely, he walked with his blue tog bag slung over one shoulder, his hair disorderly and his face tanned. Then, Lettie dashed back to the telephone and called Martie, and asked whether she had seen the strange bum who had entered town, and if Martie thought they should call Sergeant Marais. Martie said, hold your horses, I have seen nobody yet, but you just give me a chance. Wait, she said, and went hastily out onto the porch of the butchery, and back, and said, yes, I see what you mean.

The stranger, in the meantime, headed straight for the hotel and sat down in the bar. He dropped his blue tog bag next to the bar stool, and folded his arms in front of him on the counter. Swanie Swanevelder, who was the barman at the time, stopped rubbing the glasses, and asked the stranger what it should be. The stranger ordered a beer and swallowed it thirstily. He ordered another, and Swanie leaned over the counter after having placed the second beer in front of the stranger, and commented that it was dry and that the rain just would not come.

The stranger said, yep, and stared straight in front of him, in no obvious hurry to talk to anyone right away, so I refrained from saying anything more, said Swanie afterwards. A short while later, Sergeant Marais walked into the bar and joined the stranger at the counter. Is everything alright? he asked the stranger, and the stranger looked at him and nodded. Yes, said the stranger, almost in afterthought, and his voice was deep and courteous. Well, I’ll see you around, said the sergeant, and stood up. He made big eyes at Swanie, indicating that the latter should keep an eye on the stranger, and then he departed.

The stranger ordered another beer, and, while he rummaged through his pockets in search of small change, he asked Swanie whether there was a room available in the hotel, because he would like to stay for the night. Swanie had his doubts about the stranger’s ability to pay for his keep, and told the stranger, therefore, to talk to the owner first, because the owner, Mr Hicks, was very particular and terribly strict when it came to right of admission, he said.

Fiona was at the desk, and she said that when she first saw the stranger, she thought it was one of the tramp regulars from the highway again, and she snapped at him that there was a sign at the door saying no hawkers and no beggars. She then felt sorry for him, she swore, because he stood there looking all forlorn. Then, he groped around in the blue tog bag and took out a wad of banknotes, the like of which she had only seen before when Mr Hicks took a good weekend’s pickings to the bank.

I would like a room for the night, if that is okay with the owner, said the stranger, with the money held between him and Fiona like some kind of peace offering. Fiona immediately booked him in, and ordered Felix the bellboy to carry the master’s bag for him to his room, but the stranger refused the offer, saying that he could manage, and that Fiona need only hand him the key. Fiona didn’t take his money right then, because Mr Hicks always said rule number one was never to make well-to-do customers part with their money on the spot while checking in. Kindle the illusion of money in the hand; that way, they spend more before you hit them with the bill firmly, firmly, was Mr Hicks’s customary saying.

Later on, the stranger – or Mr Rufus, as he registered – but the stranger, all the same, came down the stairs, wearing a crumpled pair of clean trousers and a shirt, with his hair all wet and combed to one side, so that an ugly scar could be seen in the thin skin over his scalp. It was late in the afternoon, then, and he went and sat down on the verandah, waiting to order a beer from the evening duty waiter.

Fiona was working late, so she telephoned Lettie. She talked to Lettie and said that the stranger was booked into the hotel, but you should have seen the wad of banknotes he took out of the tog bag he carried with him. Strange, said Lettie, strange that a tramp should carry that kind of money around with him; maybe he robbed someone. Anyway, I saw him entering, and I alerted Sergeant Marais, comforted Lettie, and said: just in case, you know. Oh, I don’t think that was necessary, said Fiona. We receive all kinds of people in the hotel, and maybe he is just a mason blowing his pay. Yes, but why should he be hitchhiking? countered Lettie. Oh, but you know how it is: once a hitchhiker, always one, said Fiona. It is a matter of habit.

The stranger sat there on the verandah, and he drank one beer after another until it was dark, and the Herbst brothers walked in and invited themselves to his table. Fiona said that she could see that they were up to no good, but you know how it is, they wouldn’t leave even if you asked them nicely.

They asked the stranger to buy them beer, and the stranger said, be my guests, and ordered beer for them from the evening duty waiter. He was boisterous by then, and he laughed thunderously at the silly jokes they cracked to keep his mind occupied. The elder of the Herbst brothers later went over to the reception desk and said the stranger wanted the key to his room. Fiona told him that the stranger could ask for the key himself, thank you, but he insisted confidently, and Fiona thought, well, okay, but first she glanced in the direction of the stranger.

The elder Herbst brother raced up the stairs to the stranger’s room, and in a few minutes he was back and dropped the key at the reception desk, before he joined the stranger and the younger brother again, but soon afterwards the brothers excused themselves.

The stranger remained a while longer on the verandah, singing “Red River Valley”, and then he struggled upright and staggered to his room, his shirt hanging out and his face all red and swollen from the liquor. Fiona said, your key, sir, your key, and he turned and took it from her, and then he ascended the stairs laboriously.

Fiona watched him going upstairs, and when the sergeant turned up again, he asked if everything was still in order, especially with the stranger. She said, yes, but she was worried about the Herbst brother who stole up to the stranger’s room while the younger one kept him busy, and she had a feeling that they were up to no good. Nothing we can do, said the sergeant. He must complain if they did anything wrong. That is the law, you know. And then he said, goodnight, the whole town is asleep already, and it was a long day.

In the morning, the stranger came down with his blue tog bag, and his face was still red and swollen, and it was evident that he suffered from a hell of a hangover. He stopped at the reception desk, saying, good morning, miss, I would like to pay; I am leaving today. He groped around in the tog bag for his money, and his face grew redder and redder. Fiona asked, is anything wrong, sir? But she could see that he was looking for the wad of banknotes, and she suspected that the Herbst brothers had something to do with it.

I can’t find the money, said the stranger. God knows I had it in here; it was all here when I left the bag in my room yesterday.

Fiona asked him to wait, and then she went to Mr Hicks’s office and said, sir, there is a customer who cannot find the money to pay for his accommodation – the word Mr Hicks preferred when talking in front of customers about their keep. Mr Hicks cursed and stormed out into the reception room and said, sir, what is the problem, sir? He summed the stranger up and said, I know your sort. I have been taken in by your sort before, and then he ordered Fiona to call Sergeant Marais.

The sergeant went immediately over and said, what is the problem? And Mr Hicks cursed and said, do you see this bum, this tramp? The sergeant said, well, yes, sir, but is there a problem? And Mr Hicks yelled, god, is there a problem! The pig can’t pay for his accommodation. I want him arrested. I want him thrown in jail. He is the curse of the hotel industry!

A bank! yelled Mr Hicks. You know very well we don’t have a bank here in this hamlet, you cunning bastard! This man is a tramp, sergeant. I want him taken to the town limits and thrown into the road!

The stranger stood there, lost for words, and Fiona looked at him sympathetically. Sergeant, I think one of the Herbst brothers stole his money last night, she said, and looked at the stranger. Is that so, sir? asked the sergeant, but the stranger just stood there, bewildered. I don’t know what happened; I cannot think that they would do a thing like that. They were such nice fellows, he said. Would you like me to investigate the matter? asked the sergeant, and the stranger looked at him and said, no, I wouldn’t like that to happen. I don’t know what happened. It is up to you, sir. The alternative is that I shall remove you from this town, if that is what Mr Hicks is willing to settle for. But I have explained already that I would like to pay, if only I could get to a bank, repeated the stranger, and then Mr Hicks interfered again and yelled, my god, sergeant, you have been a policeman for 30 years, now, and you want to tell me that you cannot see that this man is a tramp, and since when could a tramp afford a room?

As the van sped away past the butchery and the tearoom, Mr Hicks issued strict orders that all customers must be introduced to him in future. You see what happened now, he said. He departed to his office, and Fiona waited till she knew that he was sitting feet-up in his office, cigarette in hand, before she telephoned Lettie and told her all about the debacle. I don’t know, Fiona, said Lettie, I just don’t know. I think he was a scoundrel.