We live in a society, country and broader world that are changing all the time. In recent years we have increasingly become aware of the new social, political and cultural dynamics that are spreading over the African continent. Postcolonial Africa has a new sense of identity, positioning itself globally and developing new visions about its own identity and the way in which its leaders and people would like to see them united, to live peacefully and be prosperous. A vision for realising these ideals was formulated within the context of the African Cultural Renaissance whose charter was adopted at the AU Summit at Khartoum in the North African country of Sudan in 2006.

The Africa that we talk about and live in is a continent living with the legacy of many things that happened in the past. When we talk about language, we are faced with a number of realities. Africa was, and still is, a continent characterised by its rich linguistic heritage, but also the prominent role that the languages of the former colonial powers, namely English, French and Portuguese, still play.

Important in our language environment is the role that the promotion of the so-called cross-border languages can play to help to integrate the people of Africa and to improve the continent’s levels of education and skills development. One of the arguments in favour of the promotion of the African languages is that it can help to integrate people who were separated by borders that were drawn rather arbitrarily at the Berlin Conference in 1884–85. Some of these borders are mere straight lines cutting through peoples, cultures and their languages, very often leading to unresolved conflict.

Over the years attempts were made to empower African languages. In this regard UNESCO and the former OAU initiated different activities, but the resolutions taken by these organisations were not binding. Two examples of these conferences are the OAU Language Plan of Africa that was launched in 1986 and the Harare Declaration of 1997. Institutions were also created to carry out the objectives of these initiatives, for example, the OAU Bureau of Languages at Kampala in Uganda.

Unfortunately, the former initiatives did not have the desired effect. The reason for this was mainly “the absence of structures to foster the implementation of agreed policies. It is not enough for resolutions on language to be passed at conferences, such resolutions must be integrated into national language policies and a detailed plan of action must be worked out” (Bamgbose 2008). 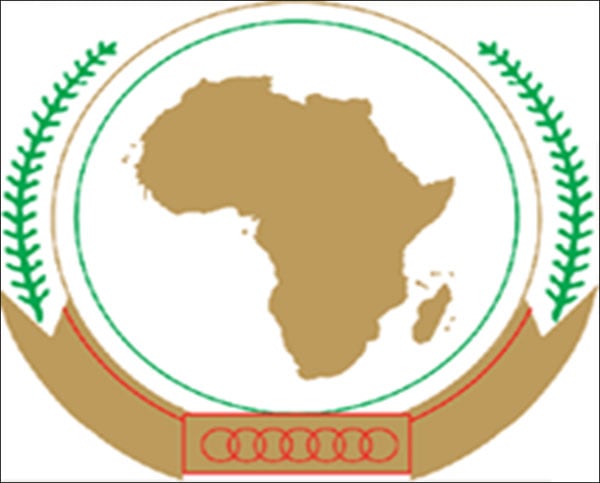 Logo of African Academy of Languages (ACALAN)
After the above-mentioned failure, the African Union (AU) launched a new initiative, namely the African Academy of Languages (ACALAN). On a continental level ACALAN’s aim is to serve as a top body generating ideas, turning policies into workable plans and providing a reservoir of expertise that AU countries can use to formulate and implement their language policies. On the subregional level the ideal is to establish commissions for each language. There will also be opportunities for joint action and policies regarding the development of cross-border languages.

ACALAN has decided to group cross-border languages into six types:

Languages of the first type (widely spoken cross-border languages) have the potential of serving as a model for development, for they have a large population to support them, and sources prepared in one country can be shared and used in another. To expand their use should not be difficult once the necessary language development work has been undertaken. A good example of this is Swahili with its approximately 65 million speakers in East and Central Africa, which could have been entrenched as a lingua franca in a number of countries.

Bamgbose, Ayo. 2008. Vision and mission of the African Academy of Languages. (Unpublished document.)