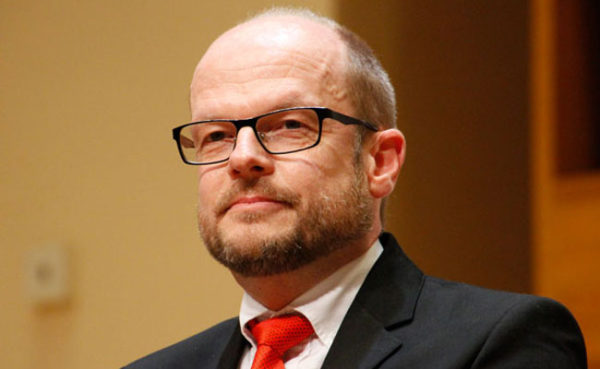 Comments on the Revised Language Policy for Higher Education, 2017
Department of Afrikaans and Dutch, Stellenbosch University

The Department of Afrikaans and Dutch of Stellenbosch University welcomes the Revised Language Policy for Higher Education and herewith offers some suggestions for refinement of the draft policy before it is promulgated under section 3 of the Higher Education Act No. 101 of 1997.

The Department of Afrikaans and Dutch endorses the inclusion of Afrikaans as one of the indigenous South African languages and its recognition as one of the official African languages as stated in the Definition of Terms in the draft policy. We are also heartened by the intention expressed in the draft policy to address the role of higher education in promoting the Khoi, Nama and San languages and Sign Language. Here our suggestion is that the document should elaborate on these intentions in a more sustained way throughout the document, eg that Sign Language should be included in paragraph 27 which commits the policy framework to the development and study of the official South African languages (and literature).

We applaud the sentiment expressed in the preamble that the policy framework “aims to promote multilingualism as a strategy to facilitate meaningful access and participation by everyone in the various university activities and in cognitive and intellectual development”. It is our view, however, that an integrated policy that includes both basic education and higher education is likely to achieve higher levels of success. Separate policies for the different educational sectors will leave room for shifting the responsibility for the promotion of the indigenous South African languages from one sector to the other.

The Department of Afrikaans and Dutch at Stellenbosch University fully agrees with the finding that “since the promulgation of the Language Policy for Higher Education (LPHE), there has been little progress made in exploring and developing of (sic) the potential role of indigenous African languages in facilitating access and success as well as the intellectualization of these languages in higher education” (paragraph 8). Furthermore, we agree entirely with the acknowledgement that “universities as centres of scholarship should play a critical role in [the] development of indigenous African languages and as such, African language departments, as primary custodians of scholarship in these languages, should be supported in terms [of] funding, infrastructure and personnel” (paragraph 12).

We suggest that among the “Values” expressed in paragraph 23, a commitment be added that the policy will aim to build upon the existing achievements and infrastructure that have been developed for the official African languages in the higher education sector. Such a commitment will acknowledge the existence of important initiatives that have already been undertaken and provide a basis for further development.

Furthermore, clarity should be provided about the number of languages that each institution should include among its languages of internal communication: Is the expectation that these should be three indigenous language in addition to English or two indigenous languages in addition to English (paragraph 33)? The policy should be mindful of what is realistically possible in the light of the available capacity at higher education institutions so that the policy does not fail from the outset in achieving its aims.

The Department fully agrees with the plan stated in paragraph 44 that each institution, or a group of institutions, be charged with the task of the active development of a particular language. However, there should be acknowledgement in the policy that the development of this plan will be performed in consultation with the universities in question.

Finally, the Department of Afrikaans and Dutch at Stellenbosch University recommends that the “annual monitoring instrument” that will be developed to determine whether policy implementation is on the right track (paragraphs 46 and 47) should include advice to students about the choices that they make regarding their preferred language of instruction (eg national benchmark tests).

View the Revised Language Policy for Higher Education of 2017 here.