Bongani J Kubheka had an easy smile, and a reason for it: the young singer had won ATKV Muziqanto in 2018, and he has picked up his first Fleur du Cap Award in April 2019. Right now, he is in Germany for the Neue Stimmen Singing Competition in Gütersloh. 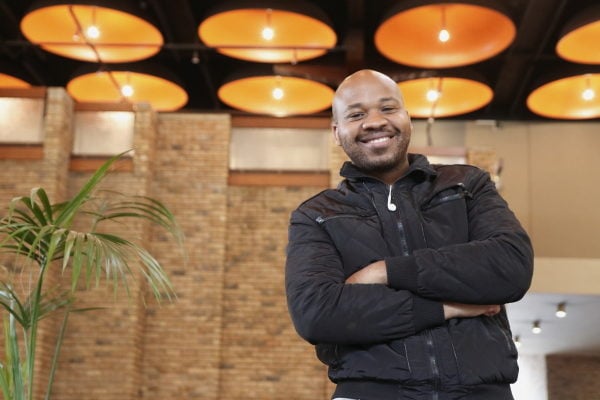 I met him at the Baxter Theatre, across the road from the South African College of Music.

This charming, confident 28-year-old had come a long, hard road from his bitterly poor upbringing in KwaZulu-Natal. Bongani’s father is an illiterate worker on the mines in Mpumalanga. His mother raised the kids. Originally, they lived in Nqutu, a small town near the infamous Nkandla, but there were more opportunities for the family in the much larger industrial town of Newcastle, so they moved there.

In his junior primary school, he was chosen for the school choir, and he loved the gospel songs they used to perform.

When he enrolled at the Zithuthukise Senior Primary School in Newcastle, his beautiful soprano voice was recognised, and Bongani was asked to lead the school’s gospel choir.

After completing grade 7, he went to the St Lewis Bertrand’s High School in Newcastle. There, once again, his vocal talents were spotted. One of the teachers, Duduzile MaMpofu Mabaso, directed two choirs, one for the school and the other for selected voices outside the school. Bongani’s beautiful soprano was welcomed in both. Both choirs did well, and they won many trophies, even at a national level.

In grade 11, Bongani’s voice broke. He went from being a boy soprano to a bass. It was an extremely difficult time for him, as he had always excelled with his lovely high voice.

While Bongani felt miserable about the abrupt change, his bass was noticed by another resident of Newcastle, Mandla Mkhize. Mkhize, who had trained at UCT, would eventually encourage Bongani to apply to his alma mater.

At the time, his teacher, Duduzile MaMpofu Mabaso, lent Bongani a DVD of the opera Don Giovanni. It was Bongani’s first ever introduction to opera. He was in awe.

Mabaso encouraged Bongani to take part in the eisteddfod for classical voices known at the time as the Tirisano Competition. It was the first time ever that Bongani had engaged with classical music. He could not read music, but Mzwandile Khahla, who had also entered the competition, took the youngster under his wing, and transcribed “In diesen heil’gen Hallen” from The magic flute into tonic sol-fa.

Khahla did help Bongani with the music, but since they were rivals, he did not help Bongani with the words, which were in German. Bongani, who had only studied Afrikaans up to grade 6, learned the German as if it were Afrikaans. By listening to a DVD recording repeatedly, he was later able to pronounce the words and understand the notes. The young man was back to miming other singers, as he had done as a child.

Never before had Bongani participated in a competition like this. He simply walked onto the stage, where an accompanist was waiting. Unlike with many of the other participants, there was no run-through beforehand; Bongani just stood there and sang as best he could.

He did well in the competition, and, although he did not make it to the finals, he was encouraged to try again.

In 2009, his grade 12 year, Bongani was better prepared. He entered the eisteddfod again, this time singing “Deh vieni alla finestra” from Don Giovanni. He managed to come fifth at national level.

By then, he had also applied to the University of Cape Town (UCT). He says it was Prof Kamal Khan, the director of the opera, who had recognised his talents. “If it were not for him, I would not be here, where I am today. I respect him and thank him for that.”

Bongani got offered a scholarship. He remembers receiving a letter in the post, and how hard it was to be the first one in his family going to a tertiary institution, to a city that was nearly 2 000 kilometres from his home.

At UCT, Bongani studied towards his performer’s diploma in opera, training with the baritone Patrick Tikolo and receiving opera coaching from Kamal Khan.

It did not take long for him to get onto the big stage. During his first year, he was invited to participate in the production of The tales of Hoffman. Soon, more roles followed: Papageno (Magic flute), the Commendatore (Don Giovanni), Don Basilio (Il barbiere di Siviglia), Lord Sydney (Il viaggio a Reims), the Puppet Master (Postcard from Morocco) and Dottore Grenvil (La traviata) were added to his CV.

In 2014, Bryn Terfel sang in Cape Town, and Bongani was invited to perform with him. Later that year, he also sang the role of Figaro in the UCT production of The marriage of Figaro, and he got invited to the Houston Grand Opera’s Young Artists programme, where he received voice coaching from Stephen King.

Back in Cape Town, Kamal Khan encouraged the young man to record his talents. Every year, the students recorded their auditions. Khan tirelessly sent these recordings to various international music schools. Dennis O’ Neill from the Wales Millennium Centre recognised Bongani’s talent, so, in 2015, the young student moved to Cardiff, where he studied under O’ Neill.

It was O’ Neill who helped Bongani to understand that his voice was better suited to being a baritone, not a bass.

“He took the weight off my voice,” Bongani told me.

When I did not understand, he got up to show me how he has been taught to produce his voice from deep down in his body, and then allow it to pass lightly over his vocal chords.

“I can still sing bass,” he said. “I can even do falsetto. But the range where my voice is most comfortable is when I sing as a baritone.”

Europe saw the South African singer excel. In 2015, he was a finalist in the Operalia Competition held in London.

During his studies in Cardiff, Bongani worked with famous singers, conductors, teachers and coaches. Big names like Kiri Te Kanawa, Della Jones, Susan Bullock, John Rawnsley and Ryland Davies simply flowed from his mouth as he remembered his time there. He also received coaching from major conductors of the opera stage, like Richard Bonynge, Julian Smith, Gareth Jones and Anthony Negus.

Bongani yet again shared a stage with Bryn Terfel, this time accompanied by the Cardiff Sinfonietta, under the baton of maestro Jonathan Mann. The young man also performed in the Petite messe solennelle, conducted by Gordon Kilby, and then he participated in the prestigious Stuart Burrows International Competition, where he won first prize, along with the audience prize.

Musically, things could hardly get better.

Cardiff, however, was a very long way from home, and life there was utterly different to his upbringing.

Depression began to haunt the young man. He worked harder, but it all grew more difficult.

During our meeting, Bongani spoke fondly of Kiri Te Kanawa, who took him into her care in Cardiff. She did a lot for him. He often visited her at home, and she would have paid for him to stay in Europe for at least another year. Despite her help, the longing grew. Bongani chose to return to UCT.

In Cape Town, among friends, he was able to reflect and consult other artists who had also had to live in worlds that were far removed from their upbringing.

Before long, Bongani was back on Cape Town’s opera stages. Under the baton of maestro Jochen Rieder, he sang the role of “Don Magnifico” in La Cenerentola, and he performed the title role of Don Pasquale at the Baxter Theatre in August 2018. Shortly after that, he won South Africa’s most prestigious vocal competition, ATKV Muziqanto, and in March 2019 he was awarded a Fleur du Cap Award for his performance in Don Pasquale. 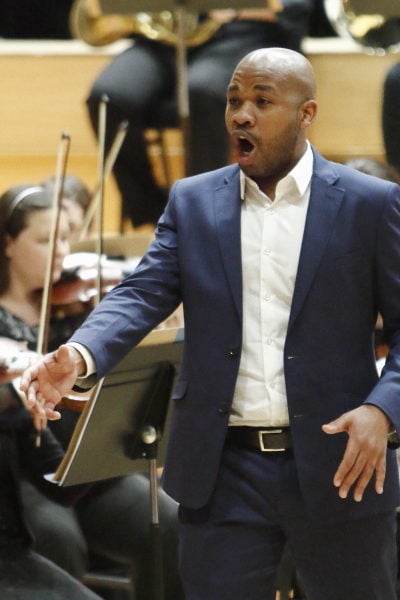 Maestro Richard Cock signed Bongani for a series of concerts, including Starlight classics and Last night of the proms. At arts festivals, like the US Woordfees and the Suidoosterfees, the crowds adored him.

Bongani Kubheka had managed to find himself again. Every new success made it more and more possible for him to face the hardships of a life on the concert stage.

Suddenly, he looked me in the eye and said: “Now, I know that music is what I want to do. This is bigger than my own ambition. I have found my calling.”

There was a poignant moment while we both reflected on this nugget of wisdom, but our time was running out. “And love?” I prodded, since I had been tipped off that a rather special person had charmed her way into his heart.

That smile broadened into a huge grin. “It is true,” he said, beaming.

They had been together for a while, now. Both had to realise that two people pursuing careers on concert stages around the world would inevitably spend large chunks of their lives living and working apart. The couple had grown to accept that.

Bongani then told me that coming back to South Africa had helped him to understand that he would never be able to be a traditional husband, the way his father had always been. He had to learn to cope with that, knowing that many members of his family would find his choices difficult to understand.

Nombulelo, too, had to understand these challenges. She, at least, had her older sister to look up to.

Together, Bongani and Nombulelo had started preparing their relationship for the sacrifices and the joys that life as an international couple would entail.

“Oh, I need to tell you this. I love cooking,” Bongani chuckled. “Cooking relaxes me. She’s happy for me to be in the kitchen.”

We had to wrap up, but I had one last question. “Your parents?” I asked. “Have they ever seen you perform on a big stage?”

He shook his head, but broke into another smile. “No, they have never seen me perform. But, soon, I will be at the Playhouse in Durban. Then, I want to arrange for them to travel down and see me on stage.”

It was time to go. As I saw him walking towards the College of Music, I could only marvel at the journey that the young man with his lovely smile had been on. Quietly, I could already dream of being able to say: “Bongani Kubheka? Yes, I have met him once.” 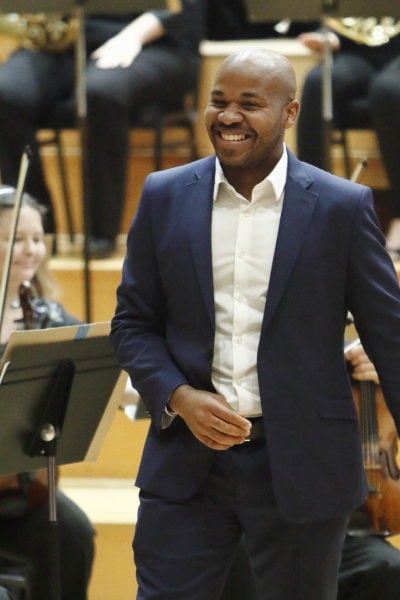