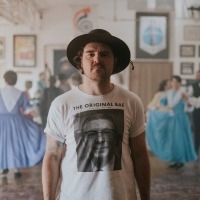 Bouwer, a very well-known celebrity in South Africa, is better known as the lead singer of the SAMA-nominated group Straatligkinders and a member of the smash hit duo group Dans Dans Lisa with Deon Meiring of the band Glaskas. He further describes himself as a cyberspace fundi, entrepreneur, struggling actor and innovator.

Bouwer is currently part of a company which produces music videos and boasts a great record in terms of airplay on the DStv channel MK and kykNET’s Jukebox. He has produced more than 15 music videos which have been on high rotation on MK. Bouwer’s YouTube channel is one of the 100 most viewed South African channels listed in the world (currently #54).

The story of Bouwer’s life:

- Bouwer was born in 1984 in Pretoria. Two days after his birth his family moved to Potchefstroom.

- Bouwer completed his pre-primary, primary and high school education in Potchefstroom, matriculating at Potchefstroom Gimnasium in 2002.

- In 2003 he relocated back to Pretoria and worked for 13th Floor, a Christian company specialising in the performing arts.

- In 2005 he spent five months in the big US of A where he worked for an organisation called Christ in Youth and specialised in drama. Great experience gained!

- He started his BA Communications degree at North-West University (Potchefstroom) in 2006 and completed the degree in 2009. It was in these years that Straatligkinders was formed, and they released their first album in 2006.

- Once again he moved back to Pretoria, starting his career as a struggling actor, entrepreneur, innovator and ambassador for the Liefde Wen (Love Wins) initiative.

- His production company Amateur Films has done extremely well in its first year and he is setting his sights on conquering the universe through all his ventures and artistic exploits.

Lastly, it is important to note that he loves to roller skate and to high-5 random people.