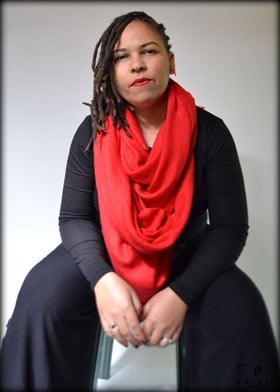 Blaq Pearl (Janine Van Rooy-Overmeyer) hails from Cape Town. She started writing poetry and songs from the age of 12.

Her musical genre is a fusion of Afro/Soul/Hiphop/Jazz/R&B. She is known for her phenomenal performances at various events, national and international. She was a cast member in two popular and award-winning musical theatre productions, namely Afrikaaps and ’n Plekkie in die son, and was a part of Krotoa.

Towards the end of 2011 she finally released her debut album titled Against All Odds.

Blaq Pearl also holds a Bachelor's Degree in Psychology and Linguistics from the University of the Western Cape.

She is proudly vocal about social issues and loves doing development work with the youth.

2015 marks the release of her first self-published book titled Karadaaa!!!, a collection of her poetry, stories and songs written in both English and Afrikaans. In 2016 she completed writing the musical production Krotoa van vandag and showcased it at various schools. Her latest production is a one-woman show titled Storie van my lewe.

She is the co-founder of the Blaqpearl Foundation.