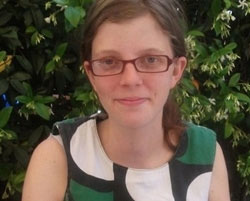 Writing in Beeld on 3 September, Charles Smith calls Open Stellenbosch “kommies” wreaking a new “verskroeide aarde” (scorched-earth) policy against Afrikaans. In so-doing he launches the kind of “defence” of Afrikaans which does the language no favours, associating it and its speakers with precisely the kind of paranoid apartheid-era thinking that Open Stellenbosch claims it perpetuates.

By referencing the economy, the state of “black schools” and Xhosa initiation rituals, he is also guilty of the kind of diversionary tactic of which he accuses someone (Open Stellenbosch? Blake Nzimande?) – claiming that they start fires to divert attention from Zuma’s inadequacies. This also serves as an example of the racist assumption underlying a lot of the criticism of Open Stellenbosch I’ve encountered. The implication here seems to be that all black South Africans are in a conspiracy against Afrikaans. In this case one might be charitable and argue that Charles Smith is only guilty of not stating explicitly enough that he is only criticising Nzimande’s support of Open Stellenbosch.

Some of the popular criticism of the movement (both on social media and in casual conversation), however, seems to equate them with the government, the EFF, or all black people. On the Facebook page Maties Rage, for instance, a student complains that black men have harassed her on the street and that Open Stellenbosch’s arguments are therefore invalid and that racism against white people is just as prevalent in Stellenbosch. She ignores Open Stellenbosch’s repeated opposition to the objectification of women, and her ignorance regarding the unavoidable signs of continued systemic white privilege in Stellenbosch is in itself a result of her privilege.

The response of the university can be contrasted with the more productive official response of the Frederik Van Zyl Slabbert Institute for Student Leadership Development to Open Stellenbosch’s #Luister documentary, in which they confirm the validity of students’ experience of racism and exclusion at Stellenbosch. Most of the responses to Open Stellenbosch, however, seem to further confirm stereotypes and prejudices about Afrikaans and entrench the “us versus them” attitude its speakers are associated with.

What is needed is intelligent engagement: an acknowledgement of the movement’s relevance and the validity of some of their stances, and constructive criticism aimed at specific instances, statements and individuals, rather than racist generalities and the rhetorical abuse of the emotions surrounding Afrikaans. In the place of last-mentioned I want to repeat an argument I elaborated on previously: the only way forward for Afrikaans is for its proponents to stop privileging it above other indigenous South African languages and actively and practically support the development of all South African languages. And not in a “let ‘them’ go build their own universities” kind of way – the origin of this “aparte ontwikkeling” argument is well known, as is the historical official and economic privileging of Afrikaans that it ignores. I love Afrikaans, but I believe that attempts at “protecting” my home language should not entrench exclusion, a “laertrek”-mentality and inequality.