Whose brainchild was the conference? Which persons or institutions were the driving force behind it and what led to the inception of this overdue meeting of minds?

Amabhubesi is an events, training and conferencing company. Our core business is organising training, workshops and conferences. This event is just one of the many which we organise and run.

In the overview of the conference you state that its goal is “to encourage academics, scholars and practitioners representing an exciting diversity, of cultures, languages and religion to meet and exchange ideas and views in a forum encouraging respectful debate”. What would you say are currently the most urgent topics in the African languages debate(s)?

We can say that indigenous African languages are under threat as many Africans have been exposed to globalisation. Some Africans prefer their children to learn English and Afrikaans to the detriment of their mother tongues. There are cases where African children attending such schools are never taught in their mother tongue. In fact, some Zulu children can hardly speak Zulu the way it is spoken in KZN. The other challenge is that some learners attend school and learn in a language which they are not familiar with. They should be taught in their home language if they are to succeed. You find that minority-language pupils like Vendas attend a school where iSipedi is more dominant. At that school the Sipedi teacher teaches English language in Sipedi. And yet these will be Venda speakers.

It’s also stated that part of the reason that studying in indigenous languages at most institutions of learning isn’t an option is due to “colonial legacy and the conception that views indigenous languages as inferior to European languages”. Could factors such as an exponentially globalising society and the use of online technology as a tool in the contemporary learning process also be brought into this equation?

Yes, that is correct. African languages as highlighted above are in trouble because of globalisation and the notion that white things are superior!

The 2013 census (as reported by News 24 and Daily Maverick) found that white speakers of Afrikaans were in the minority, with only 40% of informal/home language Afrikaans speakers being white . The Daily Maverick article states: “[T]he more interesting finding, however, is the degree to which English is dominating the South African education system.” Would this make Afrikaans 1) a predominantly non-white indigenous language and 2) one of these supposed “inferiorities”?

This is not easy to answer. What is true for me is that Afrikaans is still a dominant player in terms of language in South Africa. Most South Africans, black or white, use it in one form or another. It is used in many slang expressions in townships – words like “lekker”, “voetsek” and “straata”.

It depends on how one views it. One may argue that African languages may be under siege because they are spoken mostly in traditional strongholds like remote rural areas where there are no computers and there is lack of internet access. If online tech is used on African languages and there is no proper consultation then it could be a problem for the conservative sections of Africans. Be that as it may, online technology may actually help boost African languages by improving communications to people speaking the same languages but living in different geographical regions by using the internet, social media and the like. Regrettably, African languages will have to undergo some transformation during the process as there will be an increase in borrowed words as new terms are invented. Provided the technology is implemented appropriately, online technology should boost African languages. For example, an old knowledgeable Zulu man living in the Drakensberg is able to be interviewed via Skype by an anthropologist in Germany while the two are thousands of kilometres apart.

What is the current stance, both from a government viewpoint and from that of the education industry, regarding multilingualism in the South African education system?

This can be answered at the conference as we seek to assemble stakeholders. Actually, you will note that one of the topics is multilingualism. And that is why we would like to see you come and attend this important event.

In a nutshell, what is the status of indigenous languages at university level in South Africa and how does this differ from 1) the greater African and 2) international norm.

Indigenous languages play second fiddle at universities. They are used only by the students who speak them as a home language informally. It is only in selected departments like linguistics or departments of African languages that they are taught. All other lecturers are delivered in English and Afrikaans. There are claims that point to the fact that even when students learn Zulu they actually learn in English! This sounds unscientific, though. Tanzania is probably the only African country which tried to use Swahili in all university courses, but the problem arose when international exchanges needed to be done between Tanzanian institutions and overseas establishments.

Strictly speaking, Afrikaans cannot be viewed as non-white language, unfortunately. At most we can say it is pure indigenous. Afrikaners are a minority in the country. Most of them are white. I understand the fears that Afrikaners have. Yes, you are right, Afrikaans is in trouble. Some institutions, like the then RAU and Stellenbosch, are no longer exclusively teaching in Afrikaans. They have changed as English is taking over. Like black African languages, Afrikaans is being downtrodden. But this can be traced to the days when black people hated Afrikaans in the ’70s when it was made compulsory in schools. 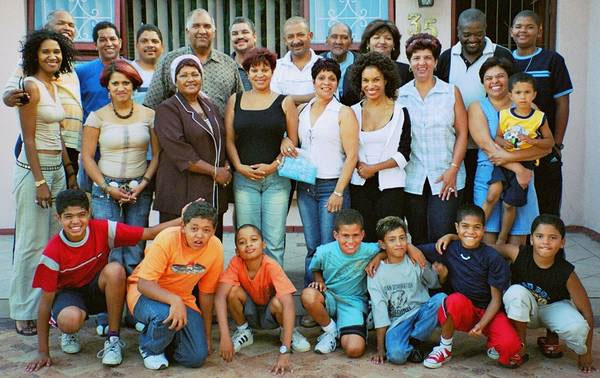 What excites you about this conference?

Well, we want to find out what the academics and the participants are going to say. Hopefully we can chart the way forward and then have a follow-up similar event next year.

Whom would you encourage to attend the conference?

We are looking primarily at academics, national heritage organisations, cultural groupings, the media and anyone who has an interest in rejuvenating African languages.