Are your children stuck at home and do they have too much screen time? LitNet asked a few publishers for suggestions on what young children can read during this time. Here are the books that Penguin Random House suggested. The kids will enjoy reading and also realise that it's a privilege to have a home in which they can be trapped during this strange period.

Peppa wants to play with her magical unicorn but she can't find her anywhere! Is she hiding at the castle, the beach, or the end of the rainbow?

Join Peppa and Daddy Pig's adventure and lift the flaps to find out!

With a very glittery cover, it's the perfect gift for little readers and unicorn fans. 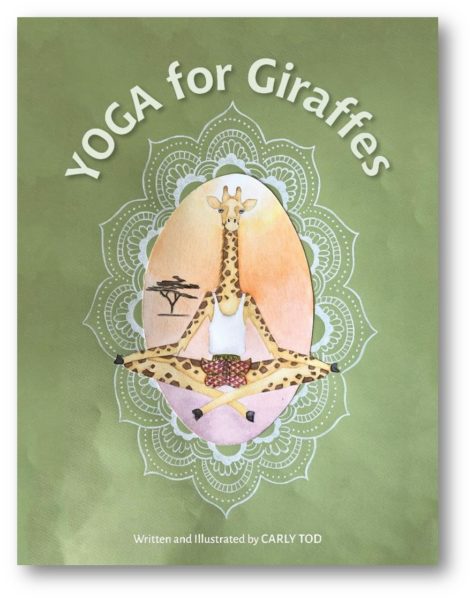 Yoga? For giraffes? With enough hard work and good imagination, anything is possible, as Sindile the giraffe discovers.

When he stumbles across a human yoga class underway at a game lodge he decides to master the skill as well. Yoga isn't the easiest thing for a giraffe, and it takes some doing, with hilarious results, but when he does, it leads to a whole new lease on life for Sindile. 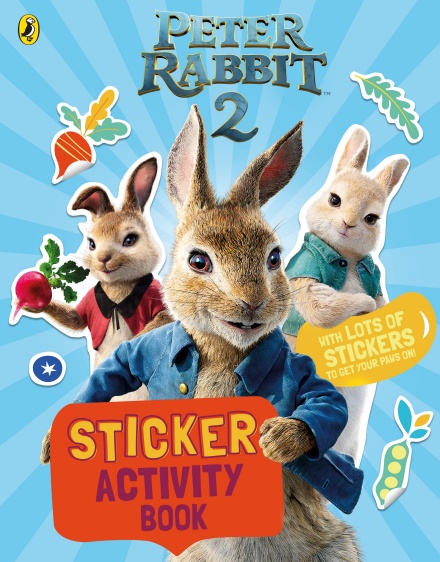 This pawsome activity book is based on the major new movie, so you can relive the best moments of the film.

Peter Rabbit is up to mischief again and it's over to you to help him in this action-packed sticker book.

Featuring your favourite characters from the movie, puzzles, activities and lots of stickers, this book is perfect for keeping

Doctor Dolittle heads for the high seas in perhaps the most amazing adventure ever experienced by man or animal! Told by 9-and-a-half-year-old Tommy Stubbins, crewman and future naturalist, Doctor Dolittle and company survive a perilous shipwreck and land on the mysterious, floating Spidermonkey Island. There he meets the Great Glass Sea Snail who holds the key to the biggest mystery of all.

Lisa Steyn
Lina, the Duiker and the Dragonfly 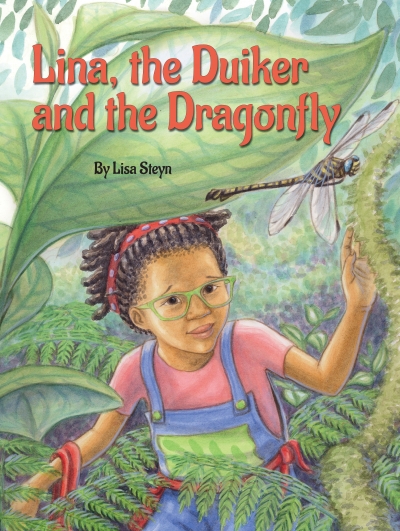 Lina accompanies her grandfather into the forest to search for healing plants when they meet up with a game warden who tells them about poachers’ snares that he has discovered. Lina is told to wait and sit on a rock while her grandfather, Pa’Tuusi, and the warden look for the snares. She is frightened of being alone; she can’t ‘talk’ to the animals the way her grandfather does, but then a dragonfly attracts her attention and she follows it to find a little duiker caught in a snare. She loses her way, but elephants help her and the duiker find their way back to her grandfather. The story is intriguing, with a slight amount of tension to keep it interesting. 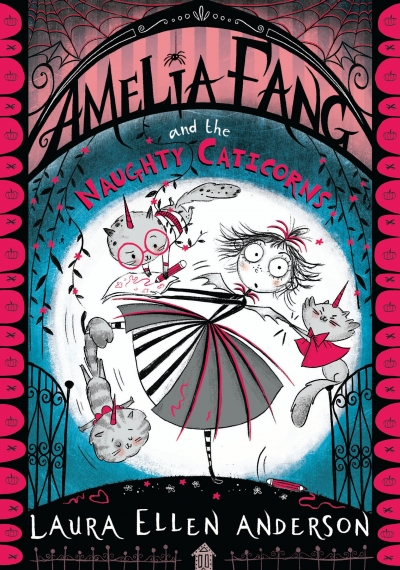 Amelia Fang’s mum has a baby vampire on the way!But with the Fang household completely focussed on the new arrival, no one is paying Amelia any attention. Until she is asked to look after three very mischievous caticorns who make it their business to get Amelia in a world of trouble. Now everyone is watching. And not in a good way! 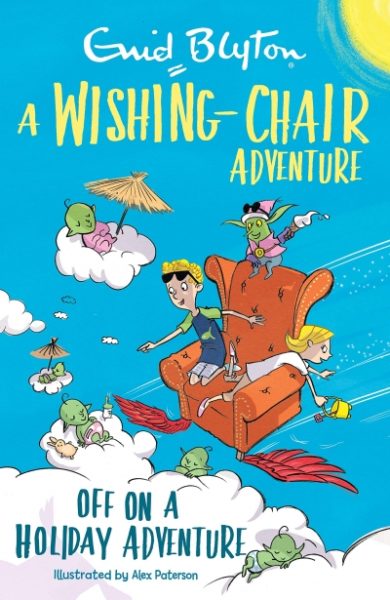 When Mollie and Peter go to buy their mother a birthday present, they discover the most extraordinary thing: a chair that can fly and grant wishes! And on a stiflingly hot summer day in the playroom, what better adventure to have than to fly high above the mountains and seaside in search of the Land of Goodness Knows Where!

Short chapters and beautiful full-colour illustrations from Alex Paterson make the Wishing-Chair Adventures series perfect bedtime reading for children aged five and upwards. A richly nostalgic offering for grandparents and parents to share with the next generation of Blyton fans. 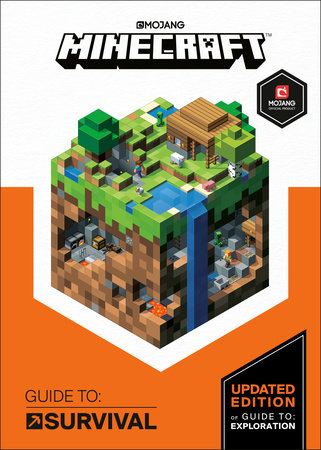 Learn how to survive and thrive. Previously published as Guide to Exploration, the revised and updated Guide to Survival has even more insider info and tips from the experts at game-creator Mojang, making this is the definitive, fully illustrated guide to survival in Minecraft.

The mysterious world of Minecraft is just waiting to be explored. But danger lurks around every corner and survival can prove difficult for even the bravest adventurer.

Learn how to find resources, craft equipment, and protect yourself. Discover which biomes to avoid when starting out, how to build a mob-proof shelter, where to look for naturally-generated structures laden with loot, and so much more. 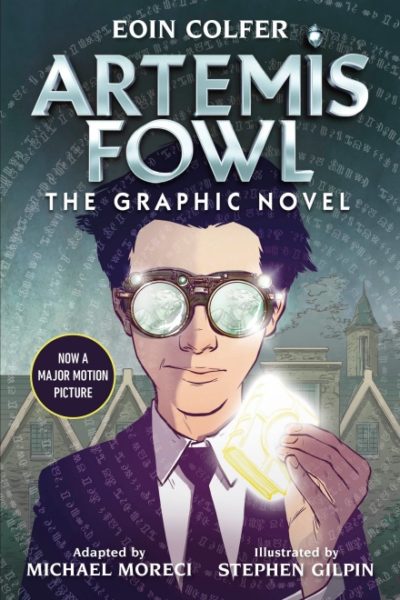 Join the world of Artemis Fowl, the number one bestseller by Eoin Colfer.

No scheme is too dastardly, no plot too devious. And he's just discovered that fairies are real.

Struan Murray
Orphans of the Tide 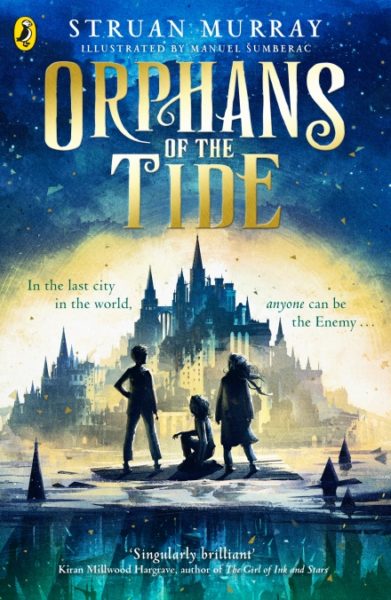 The City was built on a sharp mountain that jutted improbably from the sea, and the sea kept trying to claim it back. That grey morning, once the tide had retreated, a whale was found on a rooftop.

When a mysterious boy washes in with the tide, the citizens believe he's the Enemy - the god who drowned the world - come again to cause untold chaos.

Only Ellie, a fearless young inventor living in a workshop crammed with curiosities, believes he's innocent.

But the Enemy can take possession of any human body and the ruthless Inquisition are determined to destroy it forever.

AM Howell
The House of One Hundred Clocks 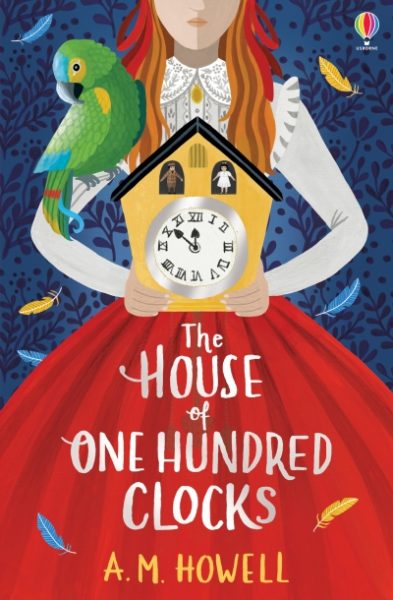 Helena and her parrot, Orbit, are swept off to Cambridge when her father is appointed clock-winder to one of the wealthiest men in England. There is only one rule: the clocks must never stop.

But Helena discovers the house of one hundred clocks holds many mysteries; a ghostly figure, strange notes and disappearing winding keys… Can she work out its secrets before time runs out? 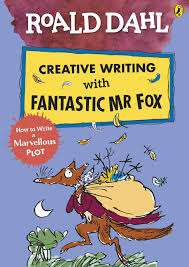 Roald Dahl's Creative Writing will spark your creativity, build your confidence and inspire you through the wonderful worlds of Roald Dahl's best loved stories! Filled with top tips and ideas boxes, each book introduces techniques and methods to help you plan and write a phizz-whizzing story of your own! 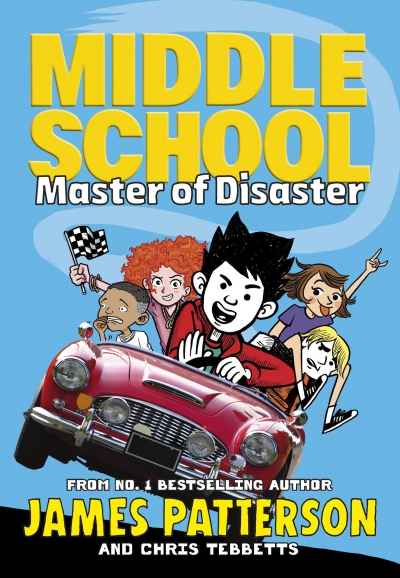 In this blockbuster instalment of the bestselling Middle School series, Rafe and all the favourite characters from James Patterson's books for kids get caught up in a hilarious adventure – together for the first time! Rafe and Jimmy, two misunderstood troublemakers, are finally up to something good. They're in charge of a huge celebration of books and reading – but when a small issue snowballs into a big problem that threatens to derail the whole event, they need to work fast to keep things on track!

And the best part? Rafe and Jimmy are joined by the funniest storytellers they know, including Jamie Grimm from I FUNNY, Jacky Ha-Ha, the Kidd family of TREASURE HUNTERS, super-genius Max Einstein – everyone's favourite characters from James Patterson's bestselling series for kids!

The son of Alex Cross follows in his father's footsteps in this exciting new YA thriller from globally bestselling author James Patterson's
Like father, like son.

Alex Cross
The brilliant DC detective who never gives up on a case.

Ali Cross
The tenacious kid who's determined to follow in his father's footsteps.

The case that finally gives him a chance
Ali knows Gabe Qualls better than anyone, so when his friend goes missing, Ali jumps right into action. Being Alex Cross's son has taught him the skills he needs to solve the mystery: intelligence, persistence, and logic. One thing he didn't inherit? Patience.

Because Ali knows that with every day that passes without the police finding Gabe, the less likely it is that he'll ever be found. And being Alex Cross's son, he refuses to accept those odds.

Ransom Riggs
The Conference of the Birds 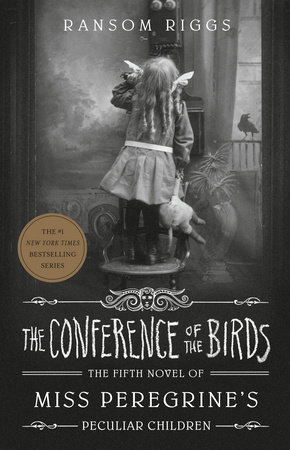 With his dying words, H—Jacob Portman’s final connection to his grandfather Abe’s secret life entrusts Jacob with a mission: Deliver newly con­tacted peculiar Noor Pradesh to an operative known only as V. Noor is being hunted. She is the subject of an ancient prophecy, one that foretells a looming apocalypse. Save Noor—Save the future of all peculiardom.

With only a few bewildering clues to follow, Jacob must figure out how to find V, the most enigmatic, and most powerful, of Abe’s former associates. But V is in hiding and she never, ever, wants to be found.

Karen McManus
One of Us is Next 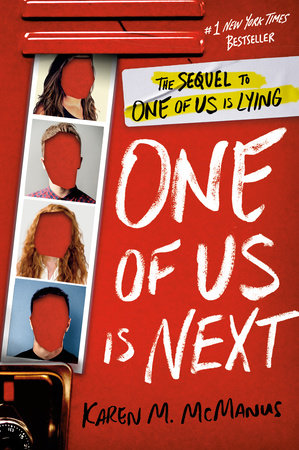 A ton of copycat gossip apps have popped up since Simon died, but in the year since the Bayview four were cleared of his shocking death, no one’s been able to fill the gossip void quite like he could. The problem is no one has the facts.

This time it’s not an app, though—it’s a game.

Phoebe's the first target. If you choose not to play, it’s a truth. And hers is dark.

Then comes Maeve and she should know better—always choose the dare.

But by the time Knox is about to be tagged, things have gotten dangerous. The dares have become deadly, and if Maeve learned anything from Bronwyn last year, it’s that they can’t count on the police for help. Or protection.

Simon’s gone, but someone’s determined to keep his legacy at Bayview High alive. And this time, there’s a whole new set of rules. 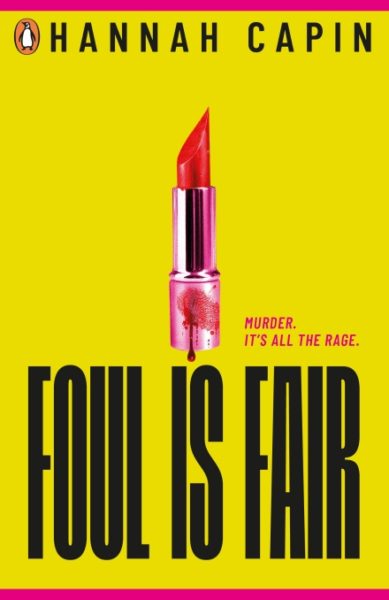 I point at my hair, and I say, This color. You know what it's called?
She shakes her head: No.
I say, REVENGE.
She says Good girl. Kill him.

Revenge is a bitch.

Jade Khanjara and her three best friends rule their glittering LA circle. They control everything.
Until one night.

The night four boys spike Jade's drink, lock her in a room and attack her. When they try to ruin her. 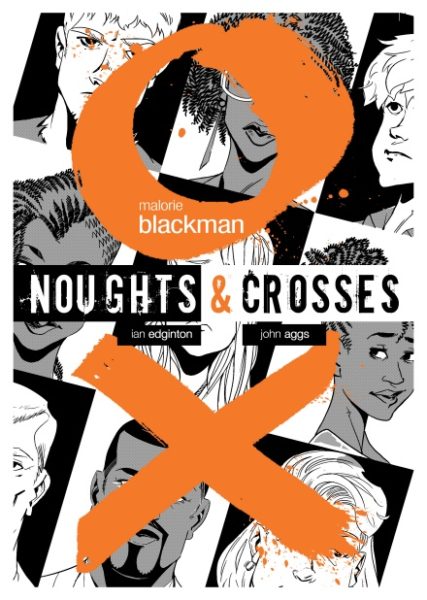 Callum is a nought - an inferior white citizen in a society controlled by the black Crosses.

Sephy is a Cross - and the daughter of one of the most powerful, ruthless men in the country.

In their hostile, violent world, noughts and Crosses simply don't mix. But when Sephy and Callum's childhood friendship grows into love, they're determined to find a way to be together.

And then the bomb explodes ...

Maggie Harcourt
The Pieces of Ourselves 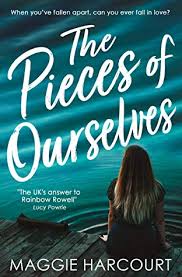 Flora doesn't do people, not since the Incident that led to her leaving school midway through her GCSEs. The Incident that led to her being diagnosed with bipolar II. The Incident that left her in pieces. Until Hal arrives. He's researching a story about a missing World War I soldier, and he wants Flora's help. Flora used to love history before the Incident, but spending so much time with Hal is her worst nightmare. Yet as they begin to piece together the life of the missing soldier, a life of lost love, secrets and lies, Flora finds a piece of herself falling for Hal.

You can also see more options here, if needed: https://www.penguinrandomhouse.co.za/books-budding-bookworms