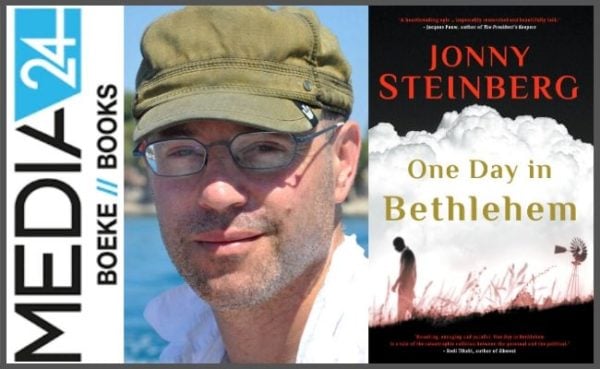 In this painful and haunting book, Jonny Steinberg explores difficult questions about the unreliability of memory, the nature of truth and the way in which South Africa’s racist past continues to haunt the present. Unlike so many other works about South Africa’s recent past, the focus is not on the powerful or famous, but rather on an ordinary man – Fusi Mofokeng – whose struggle for acknowledgment that an injustice was done to him is told with honesty and a delicate attention to detail. Steinberg does not shy away from asking difficult questions and from troubling the easy certainties with which some readers may come to the text. By excavating – in meticulous detail – the story of one man’s entanglement with, first, the apartheid and, then, the “post-apartheid” criminal justice system, the book also shines a light on the country’s troubled criminal justice system and forces the reader to ask whether it is possible to speak of “justice” in what has become known as post-apartheid South Africa. The vast amount of research done by the author is evident in the text, but the story is told with deftness and sensitivity, and the research never overwhelms the human story. A beautifully written and unforgettable book that reminds the reader that “the past is never dead. It's not even past.”

In Rebels and rage, Adam Habib provides singular insight into the #FeesMustFall campaign – from the perspective of someone at the heart of events and also as a political activist who understands the role of protest action in effecting change. He takes the reader into complex negotiations with divergent interest groups and challenges us to reflect on issues ranging from increased access to higher education and the importance of research to the role of academics and political parties in campus conflict.

As vice-chancellor of the University of the Witwatersrand, Habib attempts to create a transformative university environment. Different perceptions of what this environment should look like and how it should function, also including demands for the decolonisation of the university curriculum, lead to conflict, anger and even disillusionment.

A thoroughly researched account of an important moment in South African history, written in an accessible manner, documenting the main characters, the institutional and political context and the personal toll it took – on Habib, and others.

Lawfare: Judging politics in South Africa is compulsory reading for every South African attempting to understand the country they live in. It takes the reader back to landmark decisions that shaped the course of our lives, our views and our collective morality.

Authors Advocate Michelle le Roux and Judge Dennis Davis successfully show how the law can be a tool to enforce an oppressive system or a tool to keep a deviating government in check. The migration of politics to the courts will, however, tend to create an imbalance in the three pillars of democracy. Lawfare is a worthy candidate for the Recht Malan prize.