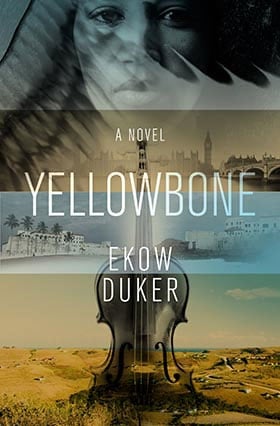 “Yellowbone” is a term that is used to refer to black women who have very fair skin. This is according to urbandictionary.com, and there is consensus in southern Africa and the United States in this regard. Fair skin is valued higher than dark skin, as a result of white supremacy, and this has caused a lot of friction in families, and has resulted in mixed fortunes for women who are given this label. When men catcall or taxi drivers flirt with women, they give extra (mostly unwanted) attention to the yellowbone. Indeed, even Fikile Mbalula, when he was minister of police, placed a focus on Karabo Mokoena – who was murdered by her boyfriend – by referring to her as a beautiful yellowbone. Light skin “privilege” is not unique to people of African descent. It is also a big deal in India. The skin-lightening industry is big money, as a result of women being willing to risk their health in order to pursue a Eurocentric aesthetic, which – informed by colonialism, slavery and apartheid – promotes the idea that when it comes to beauty, the more one can approximate whiteness, the “better” and “more beautiful” one is.

Enter Karabo Bentil – the fictional character of Ekow Duker’s fourth novel, Yellowbone. Daughter of a Ghanaian-teacher father and Xhosa-Tswana mother, she is an incredibly pale-skinned girl, much to her paternal grandmother’s distaste; she questions Karabo’s paternity. Her father is called Teacher (not his real name, but borne due to the respect that he has earned in the community), and his intimate relationship with his daughter is a source of discomfort – leading to outright jealousy – on the part of his wife and her mother, Precious. Precious is a religious woman who double-deals in consulting with traditional healers, while raising her hands in praise and worship on Sundays. The father-daughter theme is a powerful one in Yellowbone, and, throughout the novel, this relationship is put through several difficult tests across three countries. These tests include an interracial relationship, an antique violin, family and societal expectations, and the law.

Karabo has a happy childhood in the town of Mthatha in the Eastern Cape. She is smart, which wins extra favour from her father and more resentment from her mother. Precious was Teacher’s student before they got married, but his efforts to get her lights to come on proved to be in vain. This became another area in which Precious felt excluded from Teacher’s relationship with Karabo. The two shared a secret game, and Teacher was a great sounding board and cheerleader. As we witness Karabo growing up, a parallel story develops, in which the very awkward André Potgieter unsuccessfully teaches a tone-deaf farmer’s wife how to play the violin, while he struggles with his own psychosocial and sexual development. When he can no longer cope with life in this province, he moves to London, where he goes to teach at a music school. Mrs Harrison, the farmer’s wife, almost absent-mindedly gives her violin to Karabo. The latter’s fate combines with that of Andre, when they meet in London, where Karabo has coincidentally earned a scholarship. It is also where Karabo has her first “serious” relationship – with a talented violin player, who also happens to be a student of Andre’s and the heir to an antique violin.

From London, the tale moves to Ghana, where Karabo faces her toughest test, both as a character and in terms of her relationship with her father. The three locations where Yellowbone is set serve to highlight the important role of place in a story. The arrival of Teacher and his Ghanaian cohort is based on historical events: a wave of Ghanaians arrived in the Bantustans to provide skilled labour in the 1980s, and indeed, today, there is a significant presence of Ghanaian South Africans whose parents are from Teacher’s generation. The events that lead up to Karabo’s time in Ghana take place rapidly. Once in London, Karabo discovers freedom and that racism isn’t unique to South Africa. She also begins her lesson on the truly fragile nature of love in its different forms. Although her fate is determined by an old violin, she doesn’t learn to play the instrument (much to this classical music-loving reader’s disappointment).

Incredibly, Ekow Duker manages to give voice to a significant variety of themes in Yellowbone. Identity is explored racially, sexually, physically, culturally and linguistically. The reader observes how the major characters navigate these issues, as they respond to the events that challenge them and bring these issues to light. Sexual abuse by the clergy and within other areas of society (families, workplaces and public spaces) receives a proper dose of attention, and leaves the reader reeling from what takes place. Family conflicts and the secrets that accompany them make up the main themes, and, although Duker has a lightness of touch in his writing, this does not take away from the serious issues. He treats mental illness with the same sensitive dexterity, and he weaves in enough mentions of classical music compositions for the novel to almost have its own soundtrack.

Karabo Bentil is a winning character, but one could be forgiven for wishing she had more of an even head on her shoulders. She is young, and tends to swing between low self-esteem and petulance, with a dangerous amount of recklessness. As the story progresses, she becomes more complex, along with the rest of the cast. Her mother is pitiful, but forgivable. Teacher is heartbreaking. Andre elicits mixed emotions, then sympathy, then mixed emotions again, and the same goes for Karabo’s English boyfriend (this is not much of a spoiler alert, promise!). The ending comes after a satisfying climax, with an acceptable amount of unfinished business, so that the story lingers for a while after the last page.

Despite its somewhat distracting title, Yellowbone is an effort worthy of attention, because it is about so much more than just skin-tone politics. Ekow Duker’s writing has become more layered since his debut, Dying in New York, and one hopes to read many more riveting stories from this cosmopolitan writing talent.