The workshop is based on Rob Nixon’s (author of the 2011 award-winning Slow violence and the environmentalism of the poor) premise that “(i)n a world permeated by insidious unspectacular violence … writing can make the unapparent appear, rendering it tangible by humanizing drawn out calamities inaccessible to the human senses” (Nixon 2011:8).

The emphasis in this workshop is firstly on what Nixon has called “slow violence”, human calamities inaccessible to the human senses. In a country where we are bombarded, on a daily basis, with statistics and disturbing images of violence, we are accustomed to the conceiving of violence as immediate and explosive. Nixon contends:

…we need to revisit our assumptions and consider the relative invisibility of slow violence. I mean a violence that is neither ?spectacular nor instantaneous but instead incremental, whose calamitous repercussions are postponed for years or decades or centuries. I want, then, to complicate conventional perceptions of violence as a highly visible act that is newsworthy because it is focused around an event, bounded by time, and aimed at a specific body or bodies. Emphasizing the temporal dispersion of slow violence can change the way we perceive and respond to a variety of social crises…. (Nixon 2011:1).

These drawn out calamities can include, but are not limited to, colonialism, slavery, institutionalised racism, class and sexual oppression, dispossession, unfair labour practices, compromised health care and education, crime, substance abuse, hunger, the intergenerational transmission of violence, the slow and vicarious impact of trauma. It is contended that it is these slow processes that are also the underlying reasons for the fact that the problem of violence is at a globally unprecedented level in South Africa.

The second emphasis in this workshop is on alternative ways of representation, providing intellectuals, academics and artists with an opportunity to “write” violence differently and thus to disturb “the normalized quiet of unseen power” (Said, 2011). The need is to urgently rethink the concept of violence – politically, imaginatively, and theoretically, but, in doing so, to engage with the representational, narrative and strategic challenges posed by the relative invisibility of slow violence. We want to, with strong research as basis, show how creative non-fiction, literature, visual art, music and film can serve to make invisible violence visible and thus to move society out of its resigned paralysis. As such, the workshop can be seen as a protest against a “culture of resignation” (Morgan, 2005), a culture which permits much violence not to be seen at all or for it to be seen as inevitable and mundane.

If you are interested in participating in the workshop, please contact Lou-Marie Kruger or Colette Hamman at [email protected]. 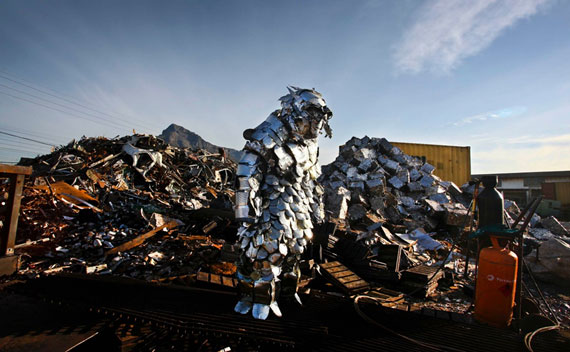 Below is the full programme: