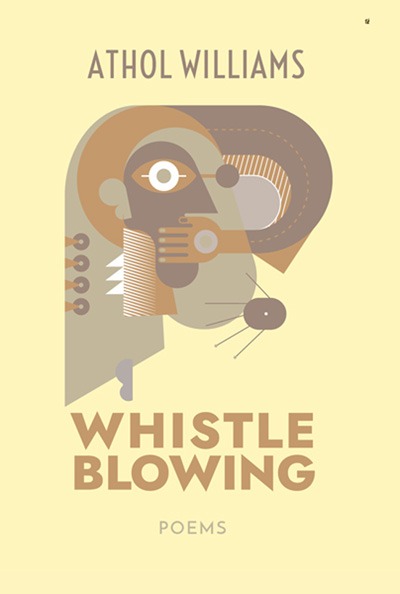 ​On Monday 1 November 2021, I hugged every member of my immediate family, with us all in tears, as I said goodbye to board a flight. I was not going on vacation or taking a business trip; I was leaving South Africa for my safety. Concern for my safety had been growing since I blew the whistle on companies and individuals involved in state capture and testified before the Zondo Commission. Rather than diminish after I testified, these concerns increased while the prospect of prosecutions grew. After Babita Deokaran was assassinated, concerns spiked, because it showed that authorities were choosing not to protect whistleblowers proactively.

​Knowing that my government offers me no protection after I’ve acted in the public interest is a disturbing reality. I implicated 39 parties in my testimony, so threats could come from many places. After receiving warnings from trusted allies and a civil society organisation about a coordinated effort against me, I took the sad step of leaving home, again without any help.

​I have spoken up continuously about injustices in our country and taken action where I could. Rather than being supported, I’ve faced alienation and abandonment by corporate South Africa, which I served for many years, by the university where I taught ethics, and by my government, and I’ve been let down by many friends. I’ve lost all sources of income and have had to sell belongings to meet my obligations, which include funding social projects like Read to Rise, which works with 20 000 children annually. I have suffered severe damage to my health and my reputation. Now, I have lost my home, being forced out of the very country I acted to defend. I feel profound sadness that leaves me in tears. I shake my head, asking: “How did it come to this?”

​It’s a tragedy that those who choose to do the right thing have their lives shattered while everyone looks on. We all need to act to fix this tragedy.

​We have a very dangerous situation in South Africa, where we accept the narrative that only a few bad apples are involved in state capture. The reality is that there are many important and influential people whom we revere in society, whom we offer awards to, who sit on boards and committees and lead grand initiatives and organisations, who are in fact enabling this capture and benefitting from it. The corrupted web stretches across our society and needs bold action to clear it out. It starts with each of us. Challenge those around you to act with conscience and with courage.

​If I had remained at home, there is a good chance I’d have been silenced, so I left, but I will continue advocating truth and furthering the cause of justice, no matter how far from home I am. I have little left to lose now, other than the love of a few. But I will not lose my resolve to resist the capture of South Africa. I look forward to the day, soon, when I can return home to continue in our collective effort to realise the promise of our democracy.

The above statement was posted on Athol Williams’s website just days after he fled the country. Athol Williams testified against the US-based management consultancy firm, Bain & Company, during the Zondo Commission earlier this year. In his testimony, he stated that Bain & Co had not been transparent when the Nugent Commission investigated its dealings with SARS. Williams uncovered dodgy dealings with SOEs as Bain & Co worked with the then President Jacob Zuma in an effort to profit from his state capture project.

Bain tried to buy his silence, but Williams walked away from a potential R11 million a year salary, as he felt he had to do what he had to do, to help uncover state capture during the infamous Zuma years. He subsequently lost his job at UCT, where he was lecturing in the Business School in Ethics. After testifying at the Zondo Commission, he began to fear for his safety, and his statement above leaves no doubt that he felt his life was in danger.

I tried to interview Athol Williams about his new book of poetry called Whistleblowing, but the timing was never quite right, as he was fearing for his safety. Therefore, I put together comments of my own and quoted from poems from his above publication to create a commentary, and also cited an earlier interview I did with Williams in 2012.

Williams’s poetry in the collection, Whistleblowing, is tinged with sadness and a sense of dismay because of the response to his whistleblowing on malfeasance in big corporations, and how it has been treated by those who should have welcomed the truth. The following poem illustrates the point:

I have learned about legal entrepreneurs
who thrive in the rancid spaces between
the letters that spell out our laws; traders,
dealers, who peddle in grey fur balls
that they lodge in the throat of justice
with sleight of hand and spin of tongue.

And I have learned about the dark figures
in respectability suits who hide behind them,
wrapped in cloaks of assurance, long coats
of moral indignation, who recoil at the hint
of blood under the fingernails of their hands
buried deep in their velvet-lined pockets.

They spit diamond-crusted verse and puke
gilt-edged tales taller than their high-rise
office blocks – monuments to the death
of decency. I am a liar, they conclude,
dishonest, a disgruntled devil, that they
will cast off, in dutiful service to humanity.

I love the imagery Williams creates in the following phrase from the above poem. It speaks of the cat-like cunning of mega corporations with the image of the fur ball stopping up the throats of justice. It also comments on their ability to create diversions like magicians.

… traders,
dealers, who peddle in grey fur balls
that they lodge in the throat of justice
with sleight of hand and spin of tongue.

One of the tactics used by corporations to cover up those who are committing fraud on the grandest scale is to justify it because other people are doing it. The first thing that the guilty usually say when they are caught is that all they did was copy others who had done the same thing before them. In this way, corporations and individuals try to justify their actions by normalising fraud. Williams’s poem “Code of ethics” addresses this:

I’ve got a family to feed, I’m just doing
what anyone in my position would do.
I deserve this, it is owed to me, besides
if they can do it, why shouldn’t I?

The effect of speaking truth to power has been immense for Williams after his decision to speak out about the malpractices he encountered in big corporations.

The effect of speaking truth to power has been immense for Williams after his decision to speak out about the malpractices he encountered in big corporations.

This is what made him the target of the faceless defenders of the grand-scale fraud of huge corporations and made him fear for his life. Williams speaks of this sense of fear in “Whistleblower’s wife”.

“Hello, sniper,” she says, opening the curtains to another
bunker day. She scans the muscular buildings outside,
their square eyes leering, and the lurching stinkwoods,
menacing arms and fingers gyrating, camouflaging
her fears. She knows there are suits plotting his silence,
now that he’s declared to carry truth on his tongue.

Many of the poems in this collection also deal with the abject poverty we see around us in daily life in South Africa. This is in contrast to the greed and grand-scale theft in corporations and sometimes government which leaves the victors bloated with ill-gotten wealth. In Williams’s world, he sees women going through the black bin bags on domestic pavements, people living and scavenging under bridges, youngsters dying on the street on Sunday mornings. Always, Williams asks the difficult questions, and their answers ennoble the reader with more compassion and understanding than before. Williams manages to give those in dire circumstances dignity in their impoverished circumstances. The poem entitled “Woodstock, Cape Town” illustrates the endemic and heart-breaking reality of so many of the occupants of our country:

Referring to an interview I did with him in 2012, when he still wrote under the pseudonym of AE Ballakisten*, I asked Williams why he expressed his thoughts in poetry when his daily life dealt with business. He answered the following:

WH Auden described his objective in crafting a poem as wanting a reader to say, “I knew that all along; I just didn’t look at it that way,” after reading a poem. I’d like readers to have this reaction when they read my poetry, because I think I’ve said things that we all know deep down. We just might not have thought of it in the way that I have presented it. I’d like readers to begin to look at the world around them more critically, and actively to separate lies from the truth. I hope they will say, “No, this is not how I want to live,” and then do something about it.*

I believe Williams’s answer today to this same question would not have altered at all in the intervening nine years.