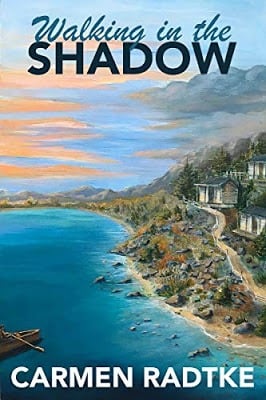 Walking in the shadow
Carmen Radtke
Available on Amazon

Walking in the shadow is the first novel of Carmen Radtke’s which I’ve encountered, and I was deeply impressed by her historical narrative. Walking in the shadow tells the little-known story of a survivor of leprosy who returns to take care of one of the other lepers on a small island called Quail Island, off the east coast of New Zealand, in the early 20th century.

The story of Jimmy Kokupe is an unlikely subject for a historical drama, but his character is based on one of a number of men who were sent to the island by the British colony to live out their days in isolation during the early 1900s. Jimmy is a rare phenomenon. He is one of the very few who survives and recovers from leprosy and is allowed to go back onto the mainland with the permission of the doctor and the authorities of Christchurch, the nearest town.

However, Jimmy is mixed race, even though he is blonde and can pass for white. His knowledge of his heritage in the very class- and race-aware colony engenders in him a sense of inferiority. This adds to his feeling that he does not belong to the mainland because of the scars he carries from the dreaded disease. His scars aren’t nearly as bad as he imagines them to be, but his insecurities make it hard for him to integrate into so-called normal society, especially when people find out he is a leprosy survivor. After a short time of trying to make an honest living on the mainland, Jimmy decides to travel back to the island to take care of the old man, Will, whom he regards as his only friend. The kind-hearted doctor who travels out to the island to tend to the lepers on a regular basis takes Jimmy with him on the boat he uses to ferry himself to and from the mainland. Jimmy expects a lavish welcome from old Will when he returns, but Will is less than happy to see his friend. The sight of Jimmy back on the island makes Will believe that Jimmy isn’t cured after all. Fortunately, the doctor assures Will that Jimmy is indeed cured, and Will allows himself to rejoice in the return of his friend, and to accept his ministrations. A young lad called Charlie has joined the lepers in the tiny colony and Jimmy takes against him, as Charlie seems to do everything he can to annoy him.

The two men watch and wait daily as a lady, who is married to the caretaker of the island, sets up food for them on a table at a safe distance every day. On occasion, the good women from the church turn up with the pastor to sing hymns for the men, and their lives take on a regular pattern.

This goes on until the day Jimmy finds himself closer to the lady than either of them expected or wanted. Their encounter takes them both by surprise, and an unlikely friendship develops between the two. Suffice to say that Jimmy finally believes he is worthy of having a life other than as Will’s nurse.

The novel had me captivated, firstly because I was intrigued by the little-known story of the lepers of Quail Island, and secondly, because Jimmy Kokupe’s voice comes through so authentically that I felt deep compassion for him. Radtke is a powerful storyteller – she creates characters who are literally the untouchables in history because of their leprosy, but who engage the reader so completely that this reader desperately hoped for things to work out well for Jimmy Kokupe in the end. I recommend this novel highly. 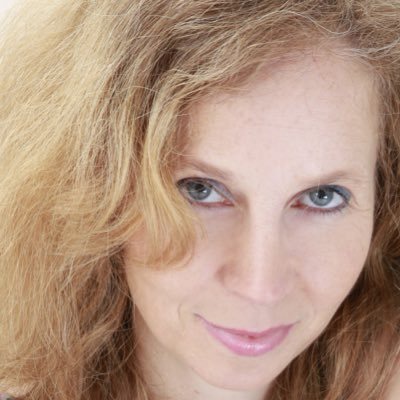 Q and A – Janet van Eeden and Carmen Radtke:

Your novel explores historical facts about a little-known island just off the coast of New Zealand, which is called Quail Island, or Otamahua by the native inhabitants. In the early 20th century, lepers were sent to the island to be isolated by the colonial government of New Zealand. I had never heard of any of these facts before, but found a little information on Wikipedia about the leper colony on Quail Island after I read your book. How did you come to learn of this barely known story, and what made you decide to write a novel about it?

I stumbled upon the story by accident. Otamahua has become a popular destination for day trips by boat from Lyttelton, and in the school holidays the boat operators handed out maps for a treasure hunt. I explored the hilly island together with my child, and when we were hungry, we sat down for a picnic. There was a sign where we sat, and a few bricks, if I remember correctly. We sat where, less than a century ago, the leprosy patients had lived. I’d never heard about them, but I couldn’t stop thinking about this small camp, so I did a bit of research and then some more until the story kept me awake at night.

Your protagonist is a leper who has recovered, Jimmy Kokupe, and who is mixed race. In the eyes of society at that time, he is the epitome of an outcast. The underdog is usually chosen as the classic example of a heroic story, and Jimmy has the odds well and truly stacked against him. What made you create him as your hero?

Because Walking in the shadow is inspired by true events – there was a cured leprosy sufferer with a native surname, and he did return to Quail Island to look after his friend – I never thought to change his probable ethnicity. I wondered for a long time why anyone would shut himself away on this island, so close to the mainland that you could easily row across. I was hospitalised and quarantined for six weeks as a teenager, and it took all my strength to stay sane without contact with other people. I finally decided it was a mix of fear and love that drove him. Leprosy, the biblical disease, carried a stigma like no other disease. To make matters worse, despite all its achievements, New Zealand – like every other colony or former colony – was racist. Maori and Pacific islanders were perceived as inferior, and for decades the use of their native language was discouraged or strictly forbidden. For someone like Jimmy, who looked white but had Maori blood, it would have been worse because he was trapped between two worlds, never fully belonging to either of them, even if some of the prejudice existed only in his mind. The effect of how you are perceived is very powerful, so his sense of inferiority was real. But Jimmy’s ethnicity is only a minor part of his struggle. It makes it harder for him to accept himself, that’s all.

Leprosy is a disease which strikes terror into the hearts of many, as there is so much stigma attached to the illness. It seems to have died out in modern society. You must have had to do much research into the illness, its causes and its symptoms. What did you find out about leprosy that you didn’t know before?

I was halfway through the first draft when I realised that I regularly drove past the headquarters of the Pacific Leprosy Foundation in Christchurch, which has kindly endorsed Walking in the shadow. I knew that leprosy still existed, but I hadn’t realised how much a lack of money and education contributed to the cases found on Pacific islands. It’s one of the most shameful facts of our modern civilisation that people in poor countries are allowed to suffer when it would take comparatively little to prevent crippling diseases like this. I was relieved to find out that leprosy is painless due to the nerve damage, but that also means that burns, cuts and scrapes are rarely felt and become sources of infections.

Your surname seems to suggest that you have a German background, but you live in the UK. Where did the interest in New Zealand come from?

Books, originally! I taught myself to read before I started school, which sparked my love for history and for seeing the world. Once, when I was ill, my grandfather gave me my first Ngaio Marsh crime novel (Died in the wool), and a neighbour lent me a Mary Scott novel set on a New Zealand farm. So, when emigration was on the cards for me, New Zealand was a top candidate. Like many emigrants, though, I moved back to Europe after several years to be closer to my family. That said, like most born or adoptive Kiwis, a return is always a possibility.

You seem to be a most prolific author. Your novels seem to cover a vast variety of topics and subject matter. What inspires you and how do you manage to keep coming up with new ideas? Perhaps you could describe the novels you have written so far for the readers of LitNet.

I started my writing career as a staff reporter on a local newspaper, which means any obscure fact or observation can spark an idea. I’m drawn to history and stories that shine a light on forgotten people or situations. My first published novel, the historical mystery The case of the missing bride, was inspired by the online find of a short paragraph about a group of young Australian women without family who were sent out to Canada in 1862 to marry prospectors. They all disappeared without a trace during a stopover. I have, at least, managed to save most of them, albeit on paper, and in Glittering death I have given them the lives they should have had.

My cosy Jack and Frances mysteries are a by-product of my research for The case of the missing bride. Until then, I hadn’t known or even thought much about how Australia fared during the Great Depression. But for a few years, Australia had the second highest unemployment numbers after Germany. They had a “food dole” or “susso” and strict rules for when and in what capacities women could be employed. In addition, alcohol was not allowed to be served after 6:00 pm, unless to bona fide travellers. I’ve always been fascinated by this period, and here were all the ingredients for light-hearted mysteries that hopefully entertain and educate without being preachy.

Do you have any plans for another novel set in New Zealand? Tell us what your next work is based on.

I’ll wait with another New Zealand novel until I’ve found the right story. Currently, I’m knee-deep into research for another Great Depression era novel, set in Berlin. I think this era keeps on resonating with me so much because lots of it is reflected in our present – that easy shift from tolerance to bigotry, the distortion of facts until they’re accepted, the slow loss of liberties and the rise of strongmen. And then, of course, there’s the literature, the music, the movies and stage plays and the fashion to revel in. It’s a good excuse to study so many things. It can be exhausting to be a writer, but it is never boring.

Note: Of the small number of patients on Quail Island, only one man is buried there. He died aged 25 in 1923, two years before the camp was closed, and the remaining patients were transferred to a much bigger community of leprosy patients on Makogai Island, one of the Fijian islands.