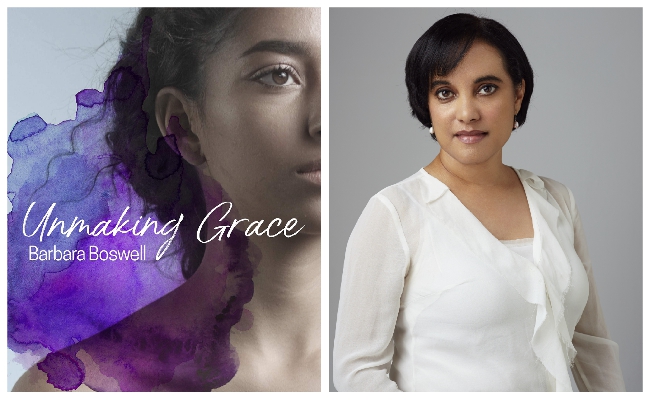 What is the inspiration behind Unmaking Grace?

Unmaking Grace is the North America imprint of my novel, Grace, published in 2017. With this work of fiction, I wanted to show the effects of intimate partner violence on one family, and how these effects also travel through generations if the trauma is not healed.

The work explores what happens when both the private and the public or political realm are saturated with violence – what sort of tensions are produced, and how systems of oppression like apartheid overlap with other types of domination, like violent patriarchy.

I wanted to show how violence creates more violence, and how certain forms of brutality, when systematic, spill over into other arenas, like the intimate space between husband and wife. My own family of origin also informed (I would not say “inspired”) my writing, as I grew up in a home where domestic violence was a routine occurrence.

How would you describe Grace, the main character?

Grace is an extremely troubled character, who is struggling to cope with the psychological scars of violence and the burden placed on her as a new mother. She tries hard to repress memories of the trauma she has had to endure, but this bleeds through into her life, no matter how she tries to pretend it is not there.

She lies and keeps secrets, because this is what she has learned to do in a dysfunctional home, where problems are not acknowledged or openly talked about. She makes very poor decisions for herself and her family, because her actions are unconsciously directed by her violent past. I hope that by the end of the novel, she has learned a little bit about how to care for herself more than she does throughout the novel.

Domestic violence is a central theme of the book. Did you have any reservations about tackling such a difficult topic?

No, I did not have any reservations. I wanted to tackle the topic directly. Our country has a huge problem with domestic violence, and I believe that a work of writing or art that helps to raise awareness around the problem is a good intervention. If it allows people to open up discussions about violence, particularly gender-based violence and other forms of brutality, I am very happy.

The domestic violence in Grace’s family is described as an “open secret”. What does this mean? How does it impact the story?

The “open secret” of domestic violence is that, often, everyone surrounding a family, in the community and extended family, knows about the violence, but pretends that they cannot see the traces of it. When violent incidents occur, people can often hear the fighting, or see the aftermath in the bruises and injuries left on the victims.

However, because it is considered a “private” matter, those who witness domestic violence in this way often enter into a conspiracy of silence. They may not want to get involved, or feel powerless about what to do, or want to protect the perpetrator, who may have power and standing in the community. 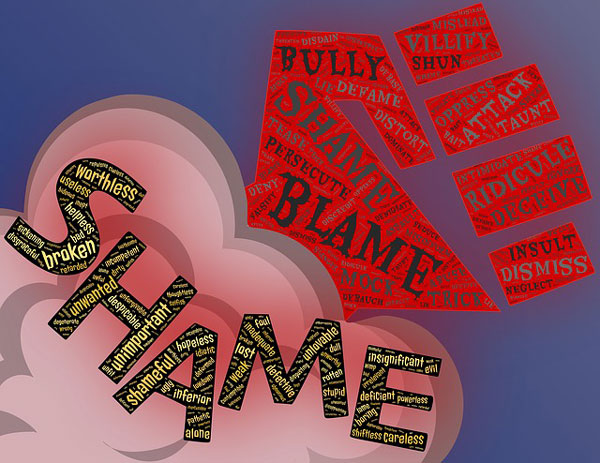 The “open secret” of domestic violence means that people will conspire to hide it at the expense of victims. This imbues the victims with even more shame – because no one talks about it, they feel they cannot voice what is happening to them. Everyone pretends the violence isn’t happening in order to preserve the appearance of normality.

During a discussion at Love Books in Johannesburg, you said that Patrick – Grace’s father, and the abuser – was your favourite character to write. Can you elaborate why?

I found the character very dark, and I became a bit obsessed with thinking like he did, and understanding his motives. Patrick uses a lot of rationalisation to make excuses for his violent behaviour.

My own personality is to be very responsible for my actions and deeds, and how these may affect others. Patrick allowed me leeway to think about what it would be like not to really care how our bad behaviour impacts others. 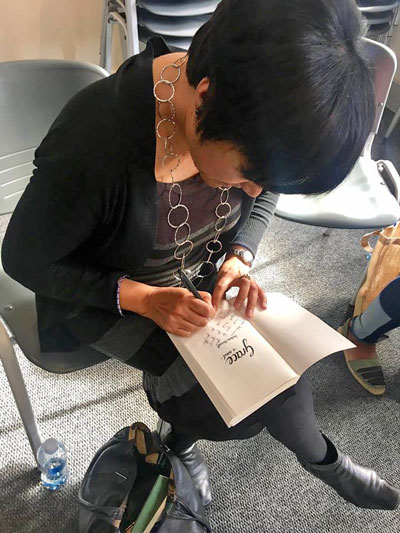 I also wanted to give a sense of his personality as someone who was trying to be a better person, but who, because of various flaws or perhaps even personality disorders, just could not make the change he needed to, to protect and cherish his family. He thus destroys them, because he cannot control his rageful impulse to harm.

Why did you choose the Cape Flats as the milieu for this story?

The old cliché is “write what you know” – so, I wrote about the area where I grew up and came of age. I wanted to portray a side of the Cape Flats not often represented in fiction. There are parts of the novel set in a veld, where the protagonist roams free and escapes the violence of the home.

What I wanted to show was that even amidst the ostensible ugliness of the violence in many places on the Cape Flats, there are often pockets of beauty which restore people’s humanity. There is green veld, beautiful gardens, people making art. People fall in love, and that makes life beautiful. People craft beautiful lives for themselves and their loved ones. The townships on the Cape Flats can be places of beauty, not just stereotypical ghettos. 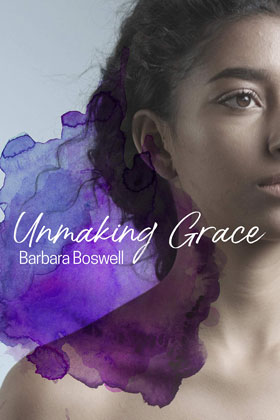 Family secrets run deep for Grace, a young girl growing up in Cape Town during the 1980s.

Her family secrets spill over into adulthood, and threaten to ruin the respectable life she has built for herself.

When an old childhood friend emerges after disappearing a decade earlier during a clash with apartheid riot police in the Cape Flats, where South Africa’s coloured community makes its home, Grace’s memories of her childhood come rushing back, and she is confronted, once again, with the loss that has shaped her.

She has to face up to the truth or continue to live a lie – but the choice is not straightforward.

Unmaking Grace is an intimate portrayal of violence, both personal and political, and its legacy on one person’s life.

It meditates on the long shadow cast by personal trauma, showing the intergenerational imprint of violence and loss on people’s lives.