Jozias Mahube-Reinecke, a student at the University of Pretoria, shares his perspective on universities as safe spaces. 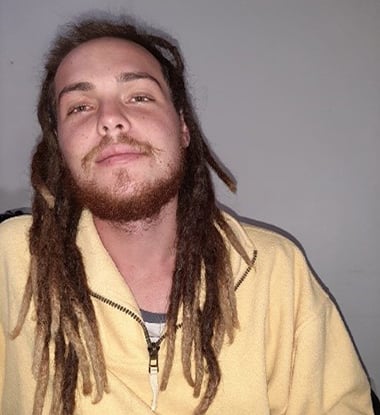 Universities are inherently supposed to be safe spaces where students can freely explore and express their own opinions without being prejudiced or victimised. This article aims to explore whether people are actually benefitting or are being marginalised within these safe spaces. This brings us to the issue of trigger warnings (TWs), which may be used by a lecturer as a tool to ensure such a safe space for students.

Indeed, we can say that giving a TW before a certain topical discussion or video can be helpful and generate a sense of calmness in the room. However, a space cannot be safe if you are hungry and if you do not have a place to sleep at night. I am not speaking out of experience, but am speaking from observation.

There is no point in giving TWs if students are hungry, tired or worried about where to sleep, and then expecting participation in discussions. The narrative of safe spaces must become more inclusive for the groups that do not fall within the middle- and upper-class sectors of society. Being without food and a place to sleep at night does make life more difficult, as you are not as able to focus on academics or be fully participative in university activities. The majority of the students who are from the upper and middle classes do not see and will not see historical debt, accommodation and food as issues for students, especially as issues of safety. That is, for students of the middle and upper classes, being at university is a lot safer, because they have more accessibility to things and activities than the poor.

Another unspoken issue that makes students feel unsafe at a university is historical debt. For someone who is not in the upper or middle class in society, having historical debt makes a student’s studies more difficult and generates anxiety and fear for what is to come. It makes it difficult for the student to be present in academic issues.

The abovementioned perspectives are conveniently overlooked in the narrative of what safe spaces should entail at university. Students coming from the middle- and upper-class sectors of society worry mostly about parking and what and where they are going to eat and drink. Obviously, some also prioritise their degrees. Some upper- and middle-class students may not view their degrees as their main priority, though. Most are focused on a student life of sex, drinking, drugs and partying. The upper- and middle-class issues are more a matter of privilege, as most of them haven’t had to work a day in their lives, because they have grown up with money. The majority of the students who are from the lower socio-economic classes and poorer backgrounds are the first of their generation in their whole family to go to university. These students usually focus primarily on their academic life, rather than their social life. Most privileged students will never understand how it feels to need money, food and shelter in order to survive.

Now, moving on to the thin line of what safe spaces are and whom they benefit and whom they marginalise: laying out the line between the middle and upper class as juxtaposed to the poor and lower class helps to explain this. TWs allow for a safe space to express views and to participate. However, this can be detrimental, as well as beneficial, to students. Depending on the background of the students, this could marginalise some students and benefit others at the same time.

TWs allow for a safer space to engage in topics, giving choice to students and time for students to breathe. Where students feel too overwhelmed or emotional, they allow for a safe space to leave the conversation. This can benefit those who are sensitive or who have been through emotional turmoil. So, what happens, at times, is that when TWs are given, they allow people to hold back opinions and also to walk away from the conversation. This leaves us with people speaking to same-minded people, and no change gets made in the greater scheme of things. When this takes place, only the students from the privileged group benefit.

Moreover, for some students, computers in the library are a first-time introduction to technology. English is not their mother tongue. Therefore, the environment can easily become overwhelming and cause students to question the idea of whether the university is actually a safe space or not. It can allow for some of the first-years to feel prepared for topics that have never been discussed. For some students who come from a background of privilege, the topics will most likely be something to look forward to and to engage in actively, while they also have the privilege of walking away from the conversation. This, as opposed to someone from a less privileged background, who can’t walk away from the discussion, as most of the time the discussion at hand is the student’s lived experience. The students who come from a poor background usually want to have a safe space to engage in conversation and debate with the upper- and middle-class students to express their lived experience, and somehow push to make a way forward, based on certain topics. The issue that arises is that the more privileged students walk away from the conversation, back to their cosy sustainable livelihoods, maintaining the same class consciousness as before. If they were to engage in conversation with the less privileged students, it could result in a shift of class consciousness whereby the privileged students get a new perspective on issues of safety. The TW allows the privileged the privilege of walking away. This results in a stagnation of progress to a better future and a better humanity.

The safe space can also benefit those students in the LGBTQI+ community, as it can allow free expression of views. However, this safety is in the classroom only. Once the classroom has been left, the reality of the world falls into place again. The separation of class on campus is another stark reality that feeds into the safe space discussion – equality in the lecture hall versus inequality outside on the campus. Safe places cannot be confined only to the lecture rooms anymore.

Although I said that TWs have a thin line of benefit, I do not write them off as unneeded. They do bring calmness and peace into a classroom. However, I do believe that they must be used correctly and also for only some topics; certain topics of discussion need brutal and unpolished frankness. in order for the change to come.

We need to push to change this narrative of safety being centred on having TWs. Furthermore, as pointed out, the narrative of safe spaces must include accommodation, food and historical debt. Yet, it is still good to have the safe space, as it allows for building blocks and foundations for discussion. In conclusion, for all students in a university fully to take advantage of the space to engage in critical thinking and safe spaces to engage in academic debate, the narrative of safe spaces must encompass the abovementioned perspectives. All students deserve to feel safe in all aspects of their student lives, not just when walking on campus.