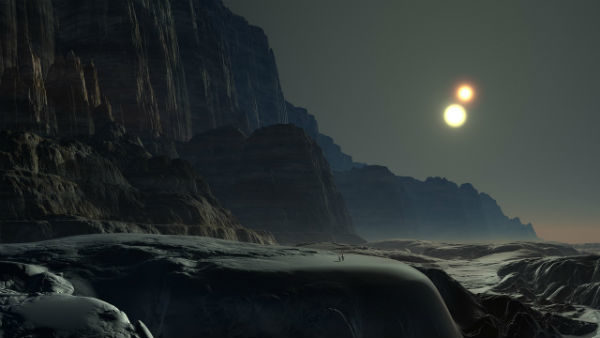 She and I once went to an exhibition of ancient maps in a capital city. We drove through a blizzard that sealed us in beautifully in white, carefully cruising on an unseen road. At the exhibition, I translated for her ancient Dutch inscriptions on the bottom corners of parchment. We discovered – delighted – the old field of theoretical cartography, which described assumed continents beyond the known, deftly drawn annexes near familiar territories. And, beyond those continents, in a tiny boat sailing off beyond the map, were – theoretically, for a short while – the two of us.

It must have been in Washington Square Park, in Lower Manhattan, at dusk. He remembered this because of the fireflies. As the light retreated, the insects emerged, like yellow diamonds. They did not expect this (they were not locals), and so, despite the weight between them, despite the knowledge of an incipient end, they sat on a bench and breathed the leaves and the ground and the grass nearby, and reached out to hold each other’s hands one final time.

They’d moved beyond words, by then. The frustration had boiled over; a few days earlier, there’d been a nasty scene, and after that, they had retreated into a polite, violent simmer. They knew it was over, and that they needed to name it. At the airport in DC, a few days later, they would get onto different planes and fly to different continents. These were the end days.

Henry and Claire found themselves at this point because their relationship had to become either something more, or something less. The years of dissimulation, of betraying those close to them, now demanded an anointment of sorts – or permanent resolution. Most of their contact had been electronic, at a distance. Physical proximity was only achievable via aligned conference attendance, in exotic cities, in faraway places. After every conference, there were a few days stolen, taken for themselves: a forest and then a lake in Tasmania, ice fields in Scandinavia, two days in a hotel in Bangkok, a nine-hour stopover near an orchid garden in Singapore.

At the beginning, there was a thrill to transgression; but it burns off, it dissipates. And then, they discovered that the attraction was not only physical; it was love, and now they were in real trouble. The perversion is no longer physicality, interdicted; what is immoral here is her continued legal obligation to a man she does not love.

For them to survive, Claire has to unmake her life with husband, with children. She is willing to do this, but Henry won’t allow it. Henry is afraid. They talk around this for months. Henry refuses to be the reason for the end of a marriage; Claire tells him the marriage has long been over, but he resists. He tells her that he refuses to be the rifle above the fireplace in a barnyard play – everyone knows it will be more than a plot prop in the drama of her family.

So, now they’re stuck. And so they have to end it in a different way. They will, themselves, cold, polite. They have petty rows during their last few days in New York, and then in DC. They talk about superficial things; they avoid each other’s eyes; they go to bed at different times; they talk about “me” and “I”, rather than “we” and “us”.

On the last day and in the last few minutes, at an airport, they sip coffees in silence. They watch the horizon, other people, past each other’s faces. And then, his flight is called, and he gets up. She shrugs. They hug awkwardly. He turns and walks to an escalator, which will take him one floor down to a departure gate. He can’t help himself, and looks around to find her again, to blink the image into his mind. She smiles, mouth closed, sad. He sees her among trees, next to water, laughing in snow, surrounded by orchids. He smiles, and then she drops out of sight, and they (“we”, “us”, “I”, “me”) die a little.

But all of this awaits. Three days earlier, they are still in New York, in Washington Square Park, and it is dusk. The sun has set. There is abundant, leafy fragrance. The fireflies come out. They forget themselves, and she whispers, “Look!” She points, and he inhales at the sight of it. They become – for one last time – “us” and “we”, reach out to each other, and touch.

When we were still in each other’s lives, we had a ritual. When physically separated, every night at half past ten, my love and I would, by ourselves, find the star Rigel – Orion’s foot – then trace a path directly south, down, down, down, until we found the horizon. Near here lives Capella, a binary star system.

Although, to the naked eye, it appears to be a single star, Capella is actually a system of four stars in two binary pairs. The first pair consists of two bright yellow giant stars, both of which are more than twice as massive as the sun. They have exhausted their core hydrogen, cooled and swollen, moving off the main sequence. Designated Capella Aa and Capella Ab, they are in a very tight circular orbit, orbiting each other once every three and a half months.

The second pair consists of two faint, small and relatively cool red dwarfs. They are designated Capella H and Capella L. Several other stars in the same visual field have been catalogued as companions, but are physically unrelated. This configuration renders Capella one of the most dramatically luminous, shimmering systems visible to the naked eye in the southern night sky.

It is our system – hers and mine: we look at it at the same time every day, each knowing that the other regards it also. In doing so, we emulate its orbit, its lovers’ duet. I observe it nightly still, and I wonder whether she is watching, too.

And, when I feel whimsical and self-indulgent, I kiss our private constellation goodnight, and go to bed.

I am in a meeting. Others are talking. I’m doing emails. Too many meetings. Every now and then – in the interregna – someone mentions the drought. Finally, it has penetrated our psyches and the general discourse in this little town. Already, I am sick of it. Water. Water. Water.

I was half listening, half zoned out, distracted, when someone said something that made me

I only realised I’d heard something one or two sentences after the fact.

Have you ever experienced one of those moments when someone says something, and it wakes you up, but you can’t ask them to repeat the intro to the comment, so you force your own mind actively to retrace a conversation – comment shards – half observed?

A colleague said that, due to the drought, the trees are exhibiting a stress reaction: for the sake of self-preservation, they are sacrificing limbs to ensure the survival of the organism.

It’s the middle phrase that did it, that got to me.

It seems worse, somehow – there is an inexpressible sadness, for me – about the trees. That they do this.

But it’s really about us, isn’t it? I am a tree; the tree is me. That’s how I feel – since we ended. I am bereft of you. Tu me manques – you are missing from me; I am missing from you. An amputation. Thirst unquenched, unreplenished. I am giving you up; you have given me up. We have sacrificed limbs. Each other. “We” have reverted to “you and I”. Stress reaction.

I wonder about survival, though.