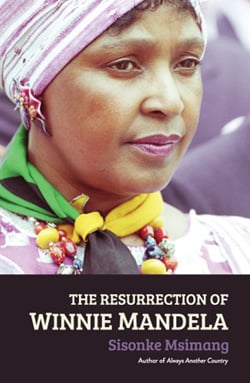 The history of Winnie Mandela (1936–2018) is one of the most painful stories to emerge from South Africa. It is a story of injustice and oppression, but it is also, for many South Africans, a story of triumph and hope. There are very few individuals who leave opinions as divided as Winnie Mandela. She remains an iconic figure of the struggle for democracy for some, and a criminal for others, while some South Africans would even consider her to be a murderer. The passing of Winnie Mandela opened an important debate about her role in the history of the country, but not enough has been written about her, and there is a critical need to continue to examine the life of Winnie Mandela, in order to broaden perspectives and educate.

To understand the history of Winnie Mandela, one has to have some understanding of the history of the African National Congress (ANC). The ANC, which was formed in 1912 as the African Native National Congress, was for the first four decades of its existence a non-violent organisation, campaigning for the rights of African people oppressed by white rule. The establishment of the Union of South Africa excluded franchise for black South Africans, which left them in a position where they could give no input into the decision that was taken about their lives. For decades, the ANC followed a policy of non-violence, protesting by means of petitions, especially to the United Kingdom. By the 1950s, the situation was changing. The rise of the Pan Africanist Congress, under Robert Sobukwe (1924–1978), posed a threat to the ANC. It was especially the ANC Youth League and leaders such as Nelson Mandela (1918–2013), among others, who saw the need for an armed struggle in order to effect change in the country.

It would, perhaps, have been of assistance to include a little on the early history of the ANC in this biography, to give perspective on the armed struggle of the ANC. Sisonke Msimang’s biography starts abruptly and, unfortunately, does not provide much of this important background information. In addition, the book is written in a rather unusual style, in the sense that the book fluctuates between typical historical documentation, on the one hand, and a monologue which the author has with the late Winnie Mandela, on the other. The latter forms the bulk of the text. A typical paragraph from the book would read as follows: “You do not die in prison. Somehow, the connection to the outside world when you go to hospital helps you. You take on battles over food and prison conditions. You persist and once again become the leader Nelson told you he expected you to be before he was sent to the island” (84–5).

It is an unusual biography, therefore; but, in this vein, Msimang documents in broad terms the life of Winnie Mandela: from her youth years in the Eastern Cape; to her marriage to Nelson; as well as the long fight against apartheid, with all that that involved, including harassment, illegal incarceration, banishment, and disruption of the Mandela family; all the way up to the estrangement and eventual divorce between Winnie and Nelson. The book also obviously delves into the events that happened at the controversial Mandela United Football Club, and the court case which followed the events that happened in 1988–1989 with the passing of one of the youths associated with the club.

It is known today that the apartheid government used smear campaigns to discredit not only Winnie Mandela, but also the entire ANC. Fake news is definitely not something which has arrived with the development of the internet. A study of the life of Winnie Mandela is, therefore, quite important, seeing that there were organised campaigns to pollute her image. When Winnie Mandela appeared before the Truth and Reconciliation Commission (TRC), she was expected to apologise for her involvement in the controversial Mandela United Football Club, which she eventually did. Msimang is very critical of the TRC, and, in her continued monologue, concludes: “Your ‘sorry’ means very little because you don’t want it to. You aren’t sorry, you have simply been forced to say something in order to move the process along” (139). Elsewhere, she writes: “This charade is not about love or forgiveness. It is about what some people think those things are. It is about a kind old man of God who thinks people are to be better than they are” (141).

The resurrection of Winnie Mandela is not a comprehensive book about the life of Winnie Mandela. The text spans just around 160 pages, and the research relies much on internet resources, some books and newspaper articles, references for which are provided in the form of endnotes. The unusual narrative style might not appeal to all scholars of history, but it will most certainly reach new readers, particularly those who might find more traditional history writing a bit of a bore. For this reason, the book is certainly a valuable contribution. The book also provides an important perspective on the life of Winnie Mandela, and offers reasoning for the continued admiration that persists for her.