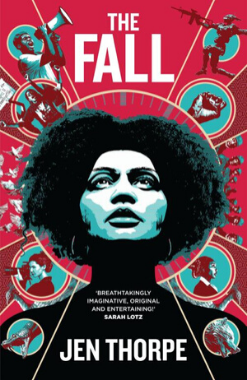 “In a week Hector will be dead. I saw it in a glitch.”

When Thuli reveals her secret – that she can see up to seven days into the future – to seasoned local journalist Helen, the latter is highly sceptical of the student’s claims. But, as Thuli truly believes that #FeesMustFall protest leader Hector will be assassinated by a sinister force, Helen starts to look into the matter. And what she finds is some very odd behaviour by the police sent to “keep the peace” on campus – police sent by Noné, South Africa’s president and most impressive leader, who wants no trouble from pesky students while she plans the launch of her zoo of creatures with extraordinary abilities. One thing is certain: if what Thuli has seen is true, they have only seven days to change the future …

Cliffordene Norton talks to Jen Thorpe about her latest novel.

Jen, congratulations! What inspired you, and what first gave you the idea to write The fall?

The fall is set in Cape Town during one week of the #FeesMustFall protests. I was inspired by the bravery and honesty of the students, and struck by how violent the reaction of the state was to their reasonable demands.

Thuli’s voice came to me one afternoon when I was walking home after work. Once I had her and knew what she wanted to tell me, then it became important to set the story in the protests and to try and describe the protests and what they meant through the perspectives of different characters. Initially, I had seven characters over seven days (a fun writing exercise), but, in the editing of my first draft, I narrowed it down to six perspectives. 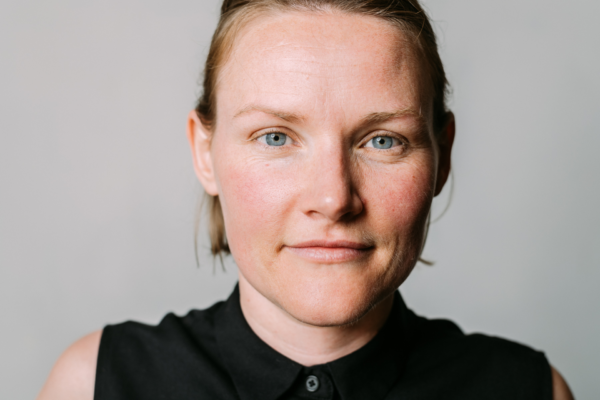 One of the characters, Thuli, is clairvoyant. Who was the inspiration for Thuli? Where does her gift come from? And why can she see only a week into the future?

Thuli can see up to seven days into the future, in what she calls “a glitch”. Thuli’s character was inspired by the many powerful women activists I saw leading and participating in the #FeesMustFall protests. The book reveals what started her glitches, and the impact of the seven days, so I don’t want to give that away.

Tell us about the characters Hector, Noné, Thuli and Helen. Who are they?

The story follows the lives of six characters:

What was the most difficult thing about writing Hector?

In my first draft, Hector was superarrogant and egotistical, but it wasn’t always clear why he’d got this way. I think in the editing and developing of the character, it was important for me to show some of his softer side and reveal some of the reasons why he is sometimes a hard character (at least on the outside). I enjoyed writing him, though. I think he’s really brave.

#FeesMustFall is a topic in the book. What kind of research did you do, and how long did you spend researching before beginning this book?

It’s a fiction, so it doesn’t cover any particular moment or day of the protests with any intention of capturing something exactly as it was. The protests are the setting of the characters’ lives, and shape their actions and desires. I spent most of my time researching the characters and trying to get to know them.

Is President Noné inspired by any female (South African or international) politicians? Who?

She’s not inspired by any one person, but rather by many people I’ve interacted with. I think our current political system rewards and normalises narcissists, and Noné is reflective of this.

You also write non-fiction. Which genre is your favourite, and why? And what are the challenges each genre presents?

I enjoy both types of writing, and I treat them with the same level of respect. Sometimes it’s easier to tell the truth in fiction than in non-fiction, and sometimes non-fiction writing in South Africa feels so bizarre that you wouldn’t be able to make believable fiction about it. In both types of writing, I’m aiming to reflect, to create questions and to encourage curiosity.

What was an early experience where you learned that language has power?

I have always believed that language has power – we all learn this as children when we learn that we can say “no” when we don’t want to do something. Slowly, as we get older, I think society tries to hide that power from women and other marginalised groups. But power is a concept that can be understood in multiple ways. You can think of it as something to hold over another person, or with which to silence them. Or you can think of power as an enabler, the power to do something, to change things.

I think the way we think about and talk about protests and why they happen has the ability to shape our receptiveness to listening, and I wanted to explore this idea in The fall.

How do you balance making demands on the reader with taking care of the reader?

I keep my chapters short, so there are plenty of rest breaks.

Why do you write at all?

I write to work things out.