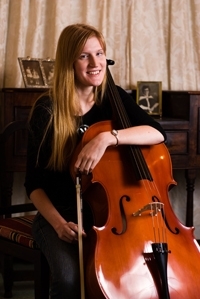 In 2006 a telephone call to the Documentation Centre for Music at Stellenbosch University (DOMUS) set in motion a series of negotiations, interviews and research that ultimately resulted in the publication of EOAN – Our Story (Fourthwall Books),co-edited by Hilde Roos (postdoctoral fellow at Stellenbosch University) and Wayne Muller (music journalist at Die Burger). The phone call concerned a collection of documents and other archival material housed at that time at the Joseph Stone Theatre in Athlone, Cape Town. The material belonged to the EOAN group (derived from the Greek word eos, meaning “dawn”), a cultural community and charity organisation founded in 1933 by Helen Southern-Holt for the so-called coloured community in District Six. Initially the organisation offered elocution and physical training classes, but in later years it was expanded to give dance, theatre and musical/opera instruction and public performances. Today the organisation provides dance classes to members of the community from the Joseph Stone Theatre.

Under the direction of Joseph Manca (who joined the group in 1945) EOAN began performing operas and presenting opera seasons for the next 19 years (1956 to 1975). Productions included Verdi’s La Traviata, Rigoletto, Il Travetore, Madame Butterfly and La Bohème by Puccini, Die Fledermaus by Johann Strauss, Carmen by Bizet, L’Elisir D’Amore by Donizetti, Barber of Seville by Rossini, I Pagliacci by Leoncavallo and Cavalleria Rusticana by Mascagni. The majority of the EOAN singers were untrained and could not read music. They did not receive professional pay and rehearsals and performances took place in the evenings or over weekends.

Initially the EOAN group’s opera productions took place at the Cape Town City Hall, but in 1966, with the declaration of District Six as an exclusively “white” area, the group moved to the Joseph Stone Theatre in Athlone.

Life for EOAN was not easy. The group experienced enormous difficulties related to apartheid legislation, political repression and financial constraints. As a result of these factors the group performed its last full-scale opera in 1975. In many cases these concerts took place before packed houses. In the 1970s, however, many members of the community withdrew their support for EOAN because they regarded the group as folding before state demands and financial support. 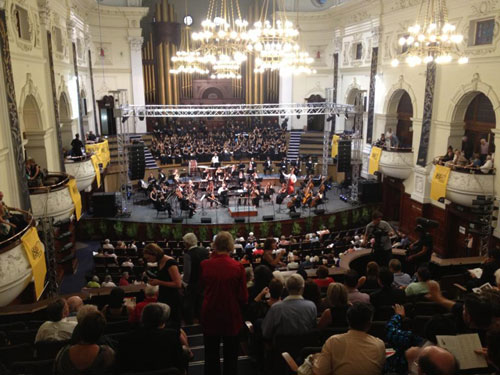 The process of the creation of the book EOAN – Our Story and its approach to EOAN’s history can be seen as one of its most interesting facets. EOAN – Our Story is not a chronological history of the group, but rather an oral history that attempts to weave the accounts of EOAN group members, some of the group’s most prominent figures and those associated with the group together into a history through the identification of key themes (as identified and written about by Muller, Roos and the EOAN book committee). The language used by interviewees (mixing of languages, grammatical errors, use of the so-called Afrikaaps dialect) has been retained and, according to Roos, preserves the “texture of a person’s way of speaking”.

The approach of compiling an oral history allows for differing opinions on a given subject, although Roos has indicated that many members now of advanced age remember the group nostalgically and such fond memories have had to be dealt with carefully in compiling the history.

The book is thus the result of five years of historical and archival research, the collective efforts of a book committee and the accumulation of interviews and personal testimonies. The publication, according to Roos, seeks to learn from a particular community and to “share with the community”.

Following extensive negotiations between the EOAN Board and DOMUS the rich EOAN archive was transferred to DOMUS in 2008, following a permanent-loan agreement. According to Roos this agreement was significant because it meant that the ownership of the material “remained with the EOAN community”.

The first chapter, written by Stephanus Muller, an associate professor in musicology and head of DOMUS, discusses the complex process in making the book. EOAN – Our Story is beautifully printed with much of the rich visual material from the archive reproduced in it. Most importantly, it is a significant contribution to the history of opera and the arts in South Africa.

The publication does not deal with the artistic concerns surrounding the EOAN group’s performances in any great depth; however, Roos notes that this subject will be discussed in a publication she is currently writing on the EOAN group for her postdoctoral studies. The EOAN history project, intends to release a film on the making of the book in the near future.

Athol Fugard, quoted on the cover of EOAN – Our Story, writes:

This is an important book that deserves to be on the bookshelf of every South African concerned about the past, present and future of the country. Its value lies not least in the multitude of voices allowed to speak from its pages, but also in that it demonstrates a powerful commitment to human potential beyond political concerns ...

Eoan – Our Story was launched at Cape Town City Hall on Thursday, 31 January 2013. The evening opened with the formal launch of the book, with addresses by Hilde Roos, Wayne Muller, Stellenbosch University rector Russel Botman, Cape Town mayor Patricia de Lille (a former EOAN dance member) and Ruth Fourie (a member of the book committee and widow of Lionel Fourie, who was a singer in the EOAN group).

All the speakers mentioned the importance of the book and that it served as an important documentation of the EOAN group’s history as it existed in the memories of the group’s members. In his address Botman emphasised the importance of the publication in more general terms as part of South Africa’s heritage, but also recognised the responsibilities of Stellenbosch University in housing the EOAN archive and the university’s “responsibility to actively play a part in the process of dealing with and healing a traumatic past”. 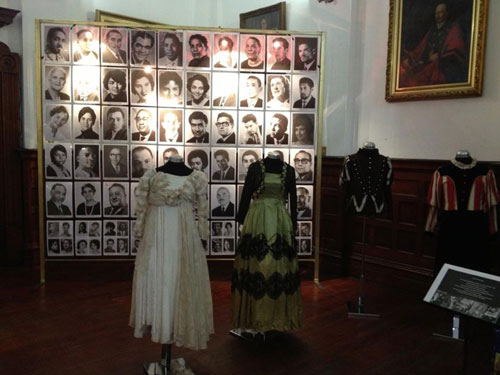 In addition to these guests the event was attended by approximately 50 members of the EOAN group and their families, many of whom were old enough to recall EOAN’s opera productions. On a personal level this made the event especially moving because it demonstrated that a history of the EOAN group had great support among the group’s members and broader community. The responses of these guests to the event brought home the sense that the group had finally realised at least some of the appreciation it had been denied in the past and that the EOAN story was dear to many of its members.

In a downstairs hall in the building, DOMUS presented an impressive and stimulating exhibition of numerous items from the EOAN archive. The exhibition was arranged and built by Lizabé Lambrechts (curator) and William Fourie (assistant). Documents, photographs and other visual material from the EOAN archive were used. The exhibition also displayed some of the original costumes used by the group during their productions. A large board which invited viewers to walk around it, separated material into different opera seasons, with photographs, captions, seating plans and documents which traced the group’s operatic activities. The board provided interesting information and anecdotes on the EOAN members and their performances – for example, the ghost appearing on the stage during the performance of an opera, causing Manca to briefly stop conducting!

A dressing table in one corner of the exhibition hall was decorated with lights around the mirror and photographs of various group members. According to Lambrechts the exhibit symbolised that the EOAN members were “ordinary people” who “(worked) hard during the day” and were able to transform in the evening to become performers.

Following the success of the EOAN exhibition, the exhibits will be taken to the Woordfees in Stellenbosch from 1 to 10 March 2013. Books will be available for purchase.

The event was concluded with a successful operatic concert titled Opera Nostalgia and was a feature of the 2013 Suideoosterfees. It celebrated the launch of the first book on the history of EOAN, but also the 200th anniversary of Giuseppi Verdi’s birth. The concert was conducted by Brandon Phillips (conductor of the Cape Town Philharmonic Orchestra) and starred members of the orchestra and soloists Vanessa Tait-Jones (soprano), Friedel Mitas (soprano), Minette du Toit-Pearce (mezzo soprano), Lukhanyo Moyake (tenor) and Garth Delport (baritone). The programme included arias and choruses from various operas which the EOAN group had performed between the 1950s and 1970s, for example the prelude to La Traviata, the well-known chorus Va pensiero sull’ali dorata from the opera Nabucco and arias such as Donna èmobile from Rigoletto sung by Lukhanyo Moyake. Arias intended for the character Violetta from La Traviata were performed by Vanessa Tait-Jones. May Abrahamse, who had played Violetta in the 1956 EOAN production of the opera at the age of 26, was in the audience. The concert was broadcast live on the SABC’s Radio Sonder Grense and rebroadcast on Thursday, 21 February 2013.