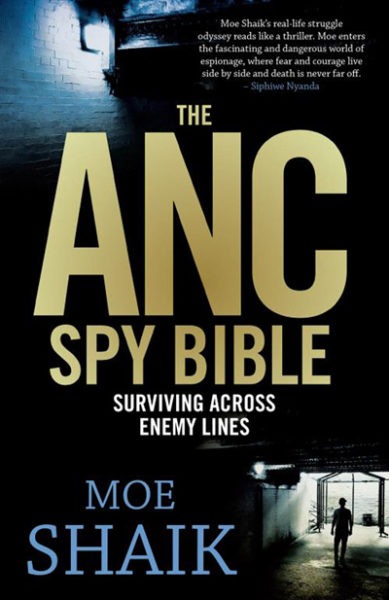 When Zuma made spy allegations against fellow members of the ANC at the State Capture (Zondo) Commission in July 2019, political analyst Thando Dotyeni said that the information would split the ANC: “The accusation of being a spy is very serious. What this group is saying is that they’re preparing to open a box of many secrets, and the ANC cannot afford that.”

Zuma’s accusations stem at least in part from a project led in the ’80s by former state security boss, Moe Shaik. It became known as the Bible Project. In his memoir, The ANC spy Bible, Shaik finally tells his side of the story. Describing his relationship with a Special Branch officer (dubbed the Nightingale) turned rogue who provided information to the underground, Shaik takes the reader on a thrilling ride navigating the most turbulent and uncertain parts of South Africa’s late apartheid and transition past. Shaik talks candidly about working with Zuma, and his brothers’ infamous relationships with him.

The ANC spy Bible was published by NB Publishers earlier this year.

Mike, you were involved with the process of editing Moe Shaik’s book, The ANC spy Bible. Please could you tell me how this worked, in practical terms?

One of the interesting things about the editing process with Moe Shaik is that we have never met. Sure, we exchanged many emails, but we never met to discuss his project (for one thing, he lives in Johannesburg and I live in Cape Town), and we have never even spoken to one another. Not during the editing, not since.

I know that he first told the story as a novel. What happened to that manuscript?

You’re right, he did. But this was a dramatic story that the publishers saw would work better as non-fiction. So, the fictional version became the template for the memoir.

Writing fiction gives you the latitude to make things up as you go along. With non-fiction, as you know, you are tethered to what happened. However, non-fiction narrative has come a long way and nowadays uses many devices and techniques which are common to the novel.

Did that mean you had to discuss the process at length?

Actually, we didn’t discuss the content, except that I gave him some suggestions of where the story could start and how we could proceed. I must say that working with him was really easy. He was open to questions, he was open to suggestions, but there were also boundaries. And, as this was his book and his story, I respected those boundaries.

Were you the co-author of the book, in other words?

No, not at all. Moe Shaik wrote it, and I edited it. The process here was that he would send through chronological sections of 2 000 to 3 000 words at a time on a three- or four-day basis during the months it took him to complete the task. That was how we worked. He wrote and emailed me the material, and I edited it. We were working against a deadline, and during some of that time he was travelling in Europe. But there was never a hiccup, and we met the deadline without any trouble. 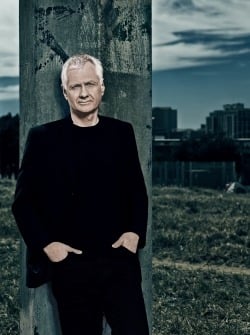 How did your process of working on The ANC spy Bible differ from your writing your own fictional books?

Enormously. Writing fiction gives you the latitude to make things up as you go along. With non-fiction, as you know, you are tethered to what happened. However, non-fiction narrative has come a long way and nowadays uses many devices and techniques which are common to the novel. For instance, as a writer of non-fiction and as a writing teacher, I know that we think of the people we are writing about as “characters”. That is fine when you are the writer. It is even necessary. However, when you are the editor, the relationship with the people mentioned in the story is different: you do not think of them as characters. Your focus is on the structure of the book and the prose, the sound of the sentences. Consequently, I never thought of Moe Shaik as a character; he was the writer. Again, a major difference to working with fiction – which brings us to another point: the relationship between the editor and the writer. Of course, as editor, I had a duty to him, but I was contracted by the publisher, so my first duty was to them. For me, this book was a job – an enjoyable job, because Moe Shaik’s life was fascinating: he has been an activist, he has engaged in missions against the apartheid state, he has been incarcerated and tortured, he became a spy and a spymaster handling a person in a highly vulnerable position. And then, after 1994, he became an official spook. You’re right, his life reads as if it is lifted from the pages of a thriller.

I do think it is important that these books are written. We need to keep the past with us, because it gives insights into the present.

What do you think is the importance of writing non-fictional books of past political matters, if any at all? And why?

I do think it is important that these books are written. We need to keep the past with us, because it gives insights into the present. Interestingly, there was a webinar in Paris in May on books that keep alive the names of such people as Dulcie September – the ANC activist who was gunned down in an assassination in Paris in 1988. One of the points made during that discussion was that we need both fiction and non-fiction accounts to remind us of the past and of the story that is ours – which is definitely one of the strong points of The ANC spy Bible.