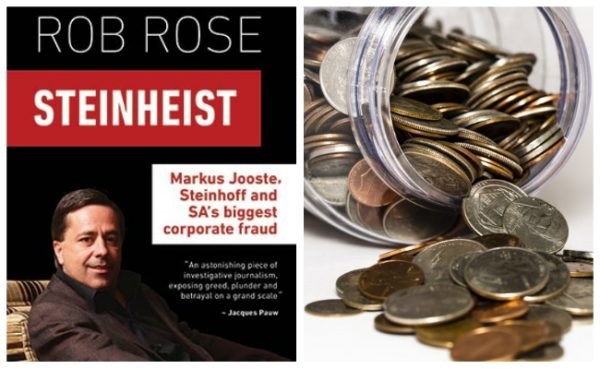 Ever since 2007, corruption and fraud have scarred the South African economy, leaving the whole country much poorer than before, and with a crisis in service delivery. Very soon, state capture had become a common phrase. Trust in the government eventually declined dramatically, which clearly reflected in the 2016 local elections, where a lower voter turnout was recorded. Trust is something which takes a very long time to build. The South African government damaged the trust of investors. While the government came under fire from commentators and investors, the country’s private sector continued to be viewed as a bastion of hope and stability. But this was not to last. One of the events that caused a great dent in the trust between investors and the private sector was the so-called Steinhoff crash of December 2017. This was not, by any means, the only event that further damaged the economy. Reports of auditing firms being involved in state capture also started to circulate. All of these allegations did far-reaching damage to the South African economy.

Rob Rose’s study of the Steinhoff debacle starts off like many films do: right at the end, or, for clarity, in the last months of 2017, when the bombshell around Steinhoff burst. The book then goes on to document the history of Steinhoff and, after this, that of the former chief executive officer of Steinhoff, Markus Jooste. Much of this information might be familiar to the reader, especially to those who have read other material and books on the matter, and who know the history of Steinhoff. Reflecting on the early career of Jooste in the chapter “The cult of Markus”, Rose quotes one Christopher Rutledge as saying, “The fact that he had this close group around him who weren’t prepared to challenge his decisions, who’d all come from the same place and wanted to preserve that hierarchy, was worrying. Markus was untouchable” (52).

Chapter six explores the role of Jooste in South Africa’s horse-racing industry. Again, similar chapters have been written in other books before, and a lot of the detail might already be known to readers, but the chapter in this book is more detailed. The same applies to the chapter detailing the career of Christo Wiese. The most valuable chapters in the book detail controversial Steinhoff deals which the author reflects on, as well as all the alleged accounting and financial irregularities surrounding the many deals associated with Steinhoff. There have always been investors who were critical of the rise of Steinhoff. Some of these individuals even tried to warn the Steinhoff directors with their concerns and objections, all without success. All of this is detailed in the book.

The book does not contain an index, which would have been a very useful tool for future researchers, of whom, I am very certain, there will be many in the years to come. The research is backed by a set of endnotes, consisting largely of interviews, newspaper articles and internet resources. The photographic material that is included does assist in bringing the story of Steinhoff to life. The book also makes use of some primary sources. Chapter 11 of the book is indicated as being written by Warren Thompson. This is the only chapter not written by Rose. In this chapter, there are copies of “leaked” emails from 2014 between Jooste and Dirk Schreiber, who was the head of Steinhoff in Europe at the time.

Steinheist is a welcome addition to the growing corpus of literature exploring the Steinhoff crash of 2017. Apart from the critical analysis the book has to offer, it also details much more of the aftermath of the 2017 Steinhoff crash. The concluding chapter could, perhaps, have summarised the whole book better. Instead, the concluding chapter focuses mainly on the character of Markus Jooste, even bringing some psychological interpretation into the mix. This chapter was – to me, at least – a bit all over the place, but did not undermine the overall good impression that the book left on me. It is a grave concern that reports of alleged irregularities and corruption within both the South African government and the private sector appear to lead to very few prosecutions. Perhaps the nature of corporate fraud makes investigations into allegations a challenge for the country, and this is worsened by the skill shortages that persist. What is of critical importance is that trust in the South African economy is rebuilt. This might take the country many years to do, but it is the only way to restore investor confidence.