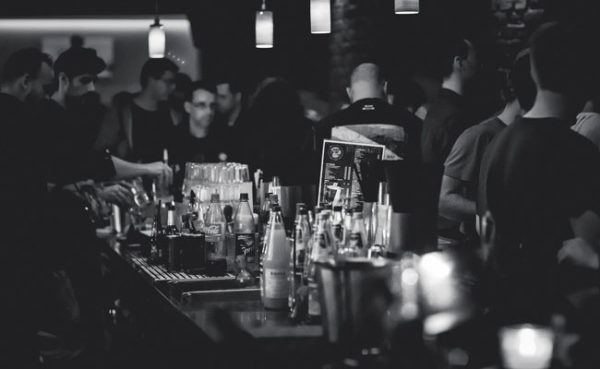 Althea’s rapist moved back in with his wife of six years in early November. He was a senior copywriter at an advertising agency in Johannesburg, writing a crime novel on the side. He had published poems that had appeared in online journals (some in print, as well) in South Africa. He had yet to make a name for himself outside the country. Althea had met him in a bar one night. She was with friends. He was alone. Nursing a drink. He glanced in her direction a few times before she noticed that, perhaps, he was interested in her. Guys always wanted to buy Althea drinks.

They started “talking” to each other. He mouthed words to her. Pointed to his drink and empty shot glasses. She smiled and laughed. Pointed to her friends, who, when they saw him, a good-looking bloke sitting by himself, smiled and laughed with her. One friend, a blonde, gave him the thumbs-up sign. He smiled at Althea, showing his perfect teeth. Althea smiled back. He introduced himself to her as she made her way to the bathroom and joined the long queue. Sorry, I’ve come out with friends, was on her lips. She was a little drunk.

Steadied herself by putting her hand against the wall. Pretending that the bar was a room full of emptiness. Are you okay, he was asking her. No, no, I’m fine, she answered. I’ve just had too much to drink. Are you celebrating something special, he asked her again with that same confident smile. No, no. She smiled, still feeling dizzy, hoping the light wasn’t harsh here, and that it showed off her best features. Her eyes. Her hair. It’s just a girls’ night out. My friend wanted a break from her kids and her husband. She left him at home to babysit. She laughed.

But, it was a nervous laugh. He was making her nervous. I want to buy you a drink, he told her. She smiled. I’ve already had too much to drink, on her lips, but she didn’t say anything. The queue was moving. I don’t want to lose my place, she said, smiling, feeling much calmer. I’m going to meet you at the bar, she said. I won’t be long. I just have to fix my hair and lipstick. Sure, I’ll be waiting. She watched him as he walked away from her. For some reason, she thought of the snake tattoo on the barman’s arm. She’d been drinking a lot. Shots, tequila.

She leaned against the wall. Closed her eyes. When she opened them, she glanced in the man’s direction. He was watching her. He smiled at her, lifted his drink. Pointed to a cocktail next to him. Mouthed the words, for you; but, hadn’t she told him that she had had enough to drink – or, maybe she hadn’t. Maybe she hadn’t in so many words. It was her turn. She finally had the bathroom to herself. She looked at herself in the bathroom mirror. Told herself that she looked good. He was waiting for her. He looked like he worked out. Would be a good kisser. Great in bed.

He looked as if it would feel electric-sharp inside her head if he kissed her hard on the lips. He was alone. Men like that were usually players looking for a wham-bam one-night stand, or married, but he seemed the decent type. A talker. He didn’t seem to be one of those guys who wanted to make their way to a dark corner and feel her up after they had paid for drinks. I want to break free from corporate, which is why I am writing the crime novel. Althea asked him what it was about. I don’t know yet, to be quite honest with you. All I know is that my heroine wears stilettos.

You must have a nickname, Althea asked, to keep the conversation going, as she sipped on her cocktail. She wasn’t planning on finishing it, but it gave her hands something to do. Starboy, they call me Starboy. Oh, okay, Starboy. Althea laughed. You have a nice laugh. Oh, thank you, said Althea, suddenly feeling shy and tongue-tied in his presence. We can go someplace else where we can talk in private, if you want, Althea. It was the first time he had said her name. It felt as if a flame had been lit inside her. No, oh, no, I want to go home with my friends.

You’re good with the ladies; the words just came shooting out of her mouth, now. I don’t know. I’ve never been married, and you, Althea? There it was again. Her name. Everybody’s lonely. It’s difficult meeting new people in the city. Everybody goes to bars. And you, Althea, you lonely? Is that what you do, go to bars to meet new people? Not right now, or, rather, not all the time, came Althea’s nervous laughter again. She was trying to be a flirt. He was looking around the bar, now. Want something else to drink, Althea? No, no. I’m quite fine.

He was going to make her drink the whole thing. He was watching her. So far, it seemed as if he still had the same drink in his hand that he had had when she had first laid eyes on him. He was smiling at her. Reached over and drank from the straw in her glass. That’s good. She nodded her head. She was getting tired. He leaned over and kissed her. She didn’t pull back, but instead parted her lips. He put his hand on her knee. I’ll take you home, if you like, Althea. We can take a taxi. My friends, I have to tell them I’m going with you. I’ll wait for you outside, then.

Althea, the volcano. He smiled at her again, that strange, mysterious smile that made her fall in love with him. In desire with him. In the car, Althea rested her head on his shoulder, felt his hand drumming on her knee; and then, he was stroking her thigh, and it felt nice, so she didn’t say anything. I mean, things like this happen all the time. Women meeting their future husbands in bars. Their future boyfriends. And then, there was a shift in the energy of the backseat. He was yanking her panties down. It’s okay. I’m not going to hurt you.

Althea, volcano, lover. But, she was so tired now, she could hardly keep her eyes open. Didn’t know whether she had given her address to the cab driver.