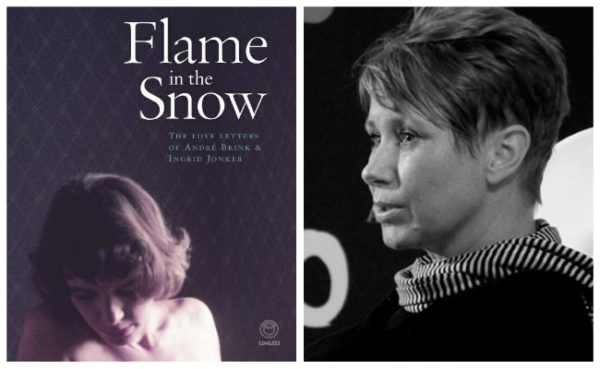 Below is the acceptance speech of the award by Karin Schimke©

In the same year Leon and I were translating Flame in the snow, I interviewed Marion Boers of the South African Translators’ Institute. She told me that whenever the institute called for entries for its prizes for outstanding translations and dictionaries, most of the submissions for adult literature were still translations between English and Afrikaans.

Four years on, it seems to me that things might be changing.

Oxford, last year, published eight texts translated into English: two Xhosa novels, two Zulu novels, one Sepedi novel, one Sesotho novel, one Sesotho play and an anthology of poetry translated from various indigenous languages. The work was funded by the National Institute for the Humanities and Social Sciences, and was organised by academics from the University of the Western Cape.

Another major translation project is currently being funded by the Northern Cape department of sports, art and culture.

Seven novels and one work of non-fiction are being translated from English into Setswana this year, and, if funding continues, ten non-fiction works – biography, memoir and poetry – will be translated next year.*

Meanwhile, over on social media, I’ve watched not a few debates in which people pit themselves against translation. The argument is – I am summarising very roughly – that people should learn to speak more indigenous languages instead of having their ignorance pandered to.

I have no issue with the argument that people should learn to at least understand, if not speak, more indigenous languages. But, a world in which translation is stopped because they don’t, is not a world I would like to live in.

Earlier this week, I did an interview with a transgender man who doesn’t currently have access to the hormones he needs to remain stable within the body he is transitioning to.

He described the hormone he needs as “the key to translating my body so that other people can read it the way it is for me. The hormone is what makes me more legible to other people.”

He explained that gender dysphoria – the sense that how you are on the inside does not correspond with how you are perceived in the world – is difficult for people who have never felt a disconnect between who they feel they are, and what others believe them to be, to understand.

The hormones are needed in order for him fully to inhabit his humanity in the eyes of the world. The hormones are, for him, a symbol – but also a means – of communication.

The way he expressed himself struck me as a poignant commentary on the plight of those people in society who are daily mired in a sludge of stupidity, in their quest to have something as obvious as their humanity recognised in order to access rights others receive without question.

I was very moved by his use of the words “translate” and “legible”, and how he needs hormones in order to communicate the essence of himself to those parts of the world that care to “read” him properly.

Translation is the rendering of meaning from one language into another. Translation is conversion. It is movement. A translator is able to change a reader’s understanding of the world, or, at the very least, supplement it.

In the process of presenting the experiences of one language group to another, the essential literary by-product of imagination is switched on, and – as so much research over the years has shown – imagination is the route to empathy, and empathy the route to social change. Translation is a political act.

The English-reading world is currently hungry for literary translation, for voices whose primary life experience is not in English. Many such works are receiving major prizes, and here, the most obvious examples that spring to mind are The vegetarian by Han Kang, translated from Korean, and Flights by Olga Tokarczuk, translated from Polish, both of which won Booker Prizes.

There is a move away from language parochialism, I believe, and I suspect it is linked to a shift in political sensibilities, which, in turn, are either the reason for or the outcome of more and more marginalised voices being welcomed into publishing.

Bheki Ntuli, who has worked on a great number of translation projects into Zulu, including Nelson Mandela’s Long walk to freedom, Kahlil Gibran’s The prophet and Lewis Carol’s Alice in Wonderland, told me he wished for more world classics and works of exceptional merit to be translated, because this cross-pollination serves both the source and the target literatures, and also allows readers to see the world through the cultures and practices of speakers of languages different to their own.

To extend the metaphor begun by the transgender man I interviewed this week, then, one might think of translation as the literary hormone that allows legibility and understanding.

Prizes like these highlight the noblest ambition of translation: to humanise.

I would like to thank the English Academy of Southern Africa most sincerely for awarding Leon and me this prize, and I would like to acknowledge the work of the editor of the English text, Lynda Gilfillan, and the project editor, Francis Galloway, without whose knowledge and experience, generously shared, our final product would not have been the jewel it turned out to be.

I would like to thank publishers like Penguin Random House – and, in this case, particularly the editor, Fourie Botha – who take on literary translations.

I am confident that, in the next few years, some of the translators of the works I mentioned at the beginning will be honoured for the work they are doing, because there are publishers willing to broaden their lists and embrace translations.

I am deeply grateful for the Sol Plaatje Translation Award, which is named for the energetic polyglot we might all try to be like.