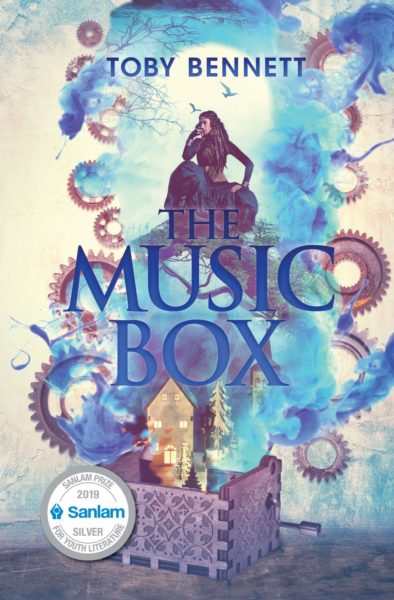 All his life, John has felt the broken things in the small town of Dowdale calling to him, and his uncanny ability to mend them has always served him well – if only he could begin to understand the inner workings of his mother, Maribell, a woman determined in her religious zeal to stand against John’s “unnatural” gift.

Feeling like an outsider in his home and community, John sneaks away at night to a cave of wonder, so detached from the rest of Dowdale that it almost feels like another world. There, he tinkers away at a broken music box which he can never seem to find the right parts for – it is the one thing his father left him, and the only machine he has never been able to fix.

When he meets a young gypsy girl in the woods, he is entranced by the wild life her people lead. Shunned by the conservative townsfolk, these travellers are unafraid to dabble in the magic John has never believed exists in his world; but his curiosity brings him too close to a dark force seeking out a treasure he unknowingly possesses.

The darkness calls him like a broken song, and only on the path he fears most might he find the missing pieces to fix his fractured symphony.

The music box treats its first half like a slow ascent up a steep rollercoaster, taking the time to show you the inner cogs of John’s thoughts, giving a carefully intimate look into the mind of a child in an abusive household. The author manages to hold your attention every time he reveals the subtle differences in the way John’s mind approaches a scenario or interaction, versus the approach of his carefree counterpart, the gypsy girl, Lu. The story’s action begins to creep in slowly as the mists between the ordinary and extraordinary worlds settle over Dowdale, bringing with them an enchantment that struggles to fit into simply one genre.

What seemingly starts out as a magical realism novel soon transitions into a more traditional fantasy, with the second half of the book introducing elements of steampunk and even time travel. It appears that an attempt by the author to cross genres has sadly only culminated in a disjointed magical system with very few rules or explanation.

In contrast, the moments when Bennett’s writing really stood out were his vivid descriptions, both visual and audio. It takes a special level of immersion to let your reader truly hear the scene being described to them: Maribell’s shrill cries from outside John’s bedroom door, her fist banging against the wood, still not loud enough to drown out the uneven tune of the music box from the other side. Bennett conducts the soundtrack to John’s sorrow with just as much ease as he later has in describing the morbid fascination with which John watches a dead bird, studying the body like another mechanism, something that needs fixing, though he lacks the ability to carry it out. Whether through John’s curious nature or through his unsettling coldness (depending on the scene), the author has no trouble depicting the surroundings and emotions of his protagonist with such a high degree of detail that you will find yourself seeing what John sees, feeling what John feels, with your soul deeply integrated into the experience, whether you may want it to be or not.

With several themes heavily influenced by the likes of Stephen King, and the large crossover of genres and tropes occurring throughout the story, it seems that Toby Bennett has written a novel like one might build a machine from scrap metal. It has just powered on, and we eagerly wait to see whether it can manage to fulfil the task at hand, making its creator proud; but, beyond that, the story itself is not much that we haven’t seen before.