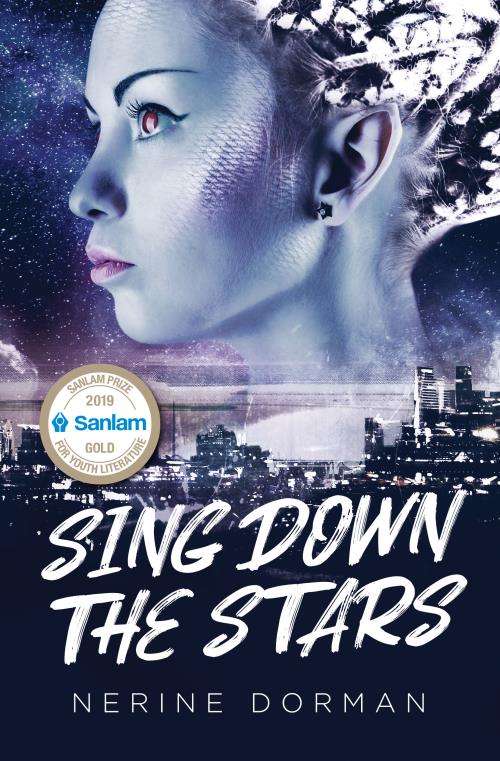 Sing down the stars is a novel that takes place on a distant planet in the far future, where people with colour-changing skin and facial tentacles are commonplace – but, in steps our heroine, Nuri, a girl considered to be a freak for having pointy ears. If you are both unbothered by this irony and intrigued by the above line – my favourite in the book – then this tale of found family and embracing identity might be your next read.

Nuri believes that her fate is never to be anything more than "space trash", but one day a strange telepathic call beckons to her, leading her towards a once-in-a-lifetime opportunity she couldn’t have conjured up in her wildest dreams. But, to fulfil her destiny, she must first prove herself against the Chosen, a group of elite students, advanced in intelligence and combat training – as well as wealth – as they all compete for the prestigious chance to bond with a Star Jumper nymph in the coming emergence and become one of the most powerful and respected figures in the galaxy – that is, if it’s even her destiny at all.

Sing down the stars kicked off with a mediocre start, drastically shifted in pace between breakneck and positively glacial throughout the middle – becoming particularly frustrating in one section, where the main character would find herself in the hospital every few pages – and turned into Dorman finally finding her stride from the eighteenth chapter onwards, finishing on a high note – though the final chapter did feel somewhat rushed in places. My personal belief is that enough had been left unanswered to lure the reader into desiring the sequel being set up by the eventual cliffhanger ending, but instead of leaving it at that and keeping her audience on the line for a bit, Dorman instead decided to give several hurried explanations, leaving us with far less to wonder about and making the idea of a sequel somewhat less appealing than it had been a chapter before.

My biggest concern with the novel, however, is that it seems not to know what it wants to be. The author markets the book as homage to the sci-fi epic franchise Star wars, but is more concerned with describing petty high school rivalries between the "Nasty Girls" and the classic outcast protagonists, than really taking any time to explain what exactly the function of a Star Jumper is.

Though the sticker on the back may say "Young adult", I am inclined to believe that the heroine’s age and childish mannerisms, as well as those of her friends, point towards a much younger target audience. It is the style of writing, not the subject matter, however, that likely pushes the novel up a few age brackets, Dorman choosing to litter her pages with random bursts of over-the-top vocabulary that feel out of place in an otherwise fairly simple style of storytelling.

There is, of course, nothing wrong with a simple story and style of writing; in fact, the book seems to draw many parallels with other famous works of the same genre that have found so much appeal with teenagers over the last 15 or so years. Dorman certainly plays on the tropes often associated with YA big names, to the point that one might not be too bold in thinking that Sing down the stars holds the potential to become South Africa’s own Divergent.

The question is not one of Dorman’s capabilities as a writer; she shows ample ability to capture her reader’s attention, and shines especially in her fast-paced action sequences. The problem lies within her ability to hold said reader’s attention. The book’s "chosen one" plotline often struggles to feel unique, and therefore is not as engaging as the author may hope it to be, instead subjecting us to convenient plot devices, one-dimensional side characters and a typically flawless heroine, making any scene not drenched in action rather boring to drag through for anyone above the age of 14.

My general consensus is that the book, though not perfect, contains an interesting backdrop for an okay story, but would have worked much better if aimed at a 9–12 demographic.