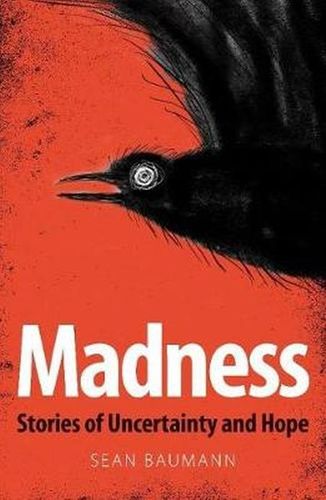 Sean Baumann’s Madness is the extraordinary and deeply sensitive personal account of one man’s experiences as a practitioner in a psychiatric hospital, Valkenberg, in a deprived part of Cape Town.

Valkenberg lies on the site of the original colonial asylum, on the banks of the Liesbeek River. This river was a natural boundary between the 17th century Dutch settlers and the indigenous population – “the other” – who were feared and kept at bay. In Madness, this is reprised by Baumann as a modern-day metaphor for the way society continues to stigmatise the mentally ill, consigning them to a similar Dantean outer circle.

Baumann was a psychiatrist for 25 years in the male unit at Valkenberg, which had become a depository for those with sometimes violent mental troubles which other hospitals couldn’t cope with. Every week, he would be under pressure from the bed manager to find space for fresh arrivals. The turnover was always frenetic, and space and time to treat his patients inadequate. Discharged and temporarily calmed with medication, they would return to an outside world that usually ostracised them. Baumann was so troubled by the rejection and stigma surrounding his unfortunate charges, that it became his life’s work to destigmatise his patients in the eyes of their relatives and society by encouraging a more informed understanding of their mental illnesses. Madness is a sequel to his acclaimed short opera (Madness: Songs of hope and despair 2016) on the same theme, which began this process. Baumann’s logic was that when people understand what’s really going on, as was the case with AIDS and even cancer in years gone by, the stigma evaporates.

A subject like the one found in Madness might not, in the normal course of events, attract too much interest. But a perfect storm of mental health issues is currently engulfing the world as a result of COVID-19. Mental impacts of the lockdown are being widely reported by physicians, as well as by frontline medical staff who are cracking under the strain, many of whom are suicidally depressed. By coincidence, during this lockdown period, TV viewers have been deluged with psychological thrillers focused on the mentally ill. Such programmes have led to all sorts of misconceptions about contemporary mental illness and treatments. Well-known Austrian psychoanalysts advised on the hugely popular productions of Vienna blood as well as the acclaimed German series Freud, marrying episodic categories labelled as hysteria, trauma, taboo, regression and catharsis, which gave them verisimilitude with paranormal nonsense. As a result of this combination of real-life COVID-19 effects and lurid lockdown entertainment, mental health – the one-time orphan of medicine – has moved into the mainstream of press-fed public awareness, and governments across the world are vowing to throw resources at the problem.

Good timing, then, for a book to correct all the popular misapprehensions surrounding mental illness, and Madness goes a long way to doing just that in language and concepts of, if not exactly one syllable, then accessible syllables, at least.

Mental illness remains frightening and difficult to deal with. Mentally ill people are still shunned. Rational people have trouble dealing with irrational people. Popular literature and films are too often grotesque misrepresentations of the afflicted and reinforce the stigma of madness. The long journey from the days when madness was seen as witchcraft and demonic possession, treated with straitjackets and lobotomy, to modern attempts to bring it into the embrace of medicine, is not yet completed. It is not easy to explain to parents or relatives of young people whose “minds are in turmoil” why they cannot simply be “cured” in the same way that, for example, a broken leg can be reset. Neither is it easy to explain why someone in the family has taken their own life.

Baumann’s book answers many of these questions in layman’s terms. Madness draws on actual case studies to demonstrate a clear distinction between terms such as mental psychosis – like schizophrenia and bipolar disorders – and their genetic causes (including cannabis use by teenagers), on the one hand, and problems of life which cause personality disorders – the world of psychopathy, as in Hitchcock’s Psycho – on the other. What lies beyond conventional portrayals of mental illness is often shrouded in mystery, misconception and fear, and, in describing the lived experiences of those who suffer from schizophrenia, depression and bipolar and other disorders, Dr Baumann argues for a more inclusive way of making sense of mental health. The frame of reference is wide and easily accessible to nonmedically minded readers, embracing, as it does, art, psychology, free will and theories of the self, in order to help us better understand what mental illness really is. Baumann pulls no punches from the outset, and readers may be uncomfortable with his generic use of the term madness to cover most examples of psychosis and psychotic symptoms and behaviour. But, as he explains, there is no realistic alternative to describing mental illness in this way. What Dr Baumann is seeking to do is reclaim the expression madness, take it outside the confining control of medicine and rethink madness in the hope of diminishing its “otherness”, with the ultimate goal of reducing the stigma of mental illness.

This is a bold ambition, but the book certainly makes an eloquent stab. The notion of madness is carefully examined through the prism of the case studies, where only the names have been changed. The patients emerge as vividly rounded characters. Some notion of the complexity and range of symptoms associated with madness may be gauged by chapters dealing with, inter alia, fear, depression, mania, intoxication, madness as a disorder of self, suicide, madness as a function of a damaged brain caused by diseases like syphilis and Huntington’s, and a host of other categories and subcategories. Each diagnostic category introduces a real character whose story illuminates the problem and explains Baumann’s clinical response. Going even further, Baumann examines madness in the context of romance (“madly in love”), theatre and art. He lays out the boundaries of mental illness (or madness) and real-life “problems of living”, whose lack of resolution often cause personality disorders so severe as to amount to a form of mental illness.

And then, there is the elephant in the room in Madness: can madness (mental illness) ever be cured? This is the central thread – and unanswered question – that runs throughout. “I can’t go on like this – bring back my son,” the relatives plead. Dr Baumann prescribes calming medicines where he can, but tries to get everyone to recognise that, at bottom, the life problem must be resolved in order to effect a positive outcome if the patient is psychotic; or, if the problem is a psychosis – purely medical (schizophrenia, for example) – that it is a condition with a limited notion of cure – like cancer, heart and lung disease and diabetes, etc – but nevertheless a condition that can be effectively managed, like these other disorders. After periods of treatment, patients do return to their families and communities, and they cope with greater or lesser degrees of success – but success nevertheless, and therein lies a message of hope for anyone suffering with a mental illness.

This book will help those with responsibility for people with mental issues of all kinds and thinking themselves alone. There can be few better introductions to the often heartbreaking and yet touching, and sometimes uplifting, stories and experiences Baumann encounters. His own fragility as a human being breaks out from the white coat. We mourn with him and feel his helplessness when patients, friends and colleagues commit suicide. But then, he squares his shoulders and soldiers on, dispassionately analysing the circumstances.

Madness is also a unique window into the hidden world of microcosmic, racially diverse, “mad” South Africa. At Valkenberg, mental illness is the great leveller – the prosperous white businessman with voices in his head, is on the same level as the penniless Transkei African arrival in Cape Town, also with voices in his head. All are treated equally with care and concern. Outpatient aftercare goes on for years. Management of the effects of the psychosis is the best that can be done. But sometimes this management, in a relatively stable patient, can produce startling works of art or incredible flights of fancy. There is hope in these creative acts. Baumann wants us to realise that mad people can be strangely attractive and engaging if attention is paid to them. This makes them “normal” and no longer “the other”. As Baumann shows, experience proves that they can take their place in society again.

But what to do when an inability to cope with the problems of life is the cause of the mental disturbance? What breaks through the narrative time and again is the hopeless battle against poverty, addiction, extreme hardship and social and economic adversity. There are some things that even the most dedicated psychiatrist is powerless to influence, and you feel with Baumann that clench of the heart as yet another patient is discharged after too short a time at Valkenberg, into the maw of the devouring street, with the drug gangs waiting to rob the confused fellow when he collects his disability allowance.

Books that give such human insight into madness are rarer than one might suppose. Baumann would find himself at home in the company of Patrick O’Brian, DM Thomas, Pat Barker, RD Laing, Peter Shaffer and William Styron.

Madness is illustrated with exquisite chapter drawings that capture the strange, mysterious space of Baumann’s professional world. The illustrator, Fiona Moodie, is obviously well immersed in the subject, and her hand has a fluency that humanises the anguish of the mentally distressed beyond the capacity of language to describe their struggle.