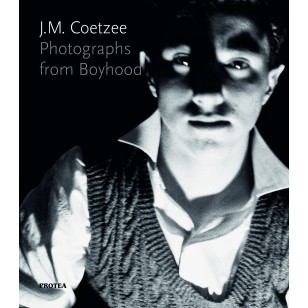 "The marks of photography are all over my work, from the beginning," JM Coetzee told Hermann Wittenberg, the curator of an exhibition of Coetzee's early photography, which has been travelling the world for the past few years. It was most recently on display at the Amazwi South African Museum of Literature in Makhanda on the occasion of Coetzee's 80th birthday in early February. I first saw the photographs at the Irma Stern Museum in Cape Town three years after they were discovered when Coetzee was selling his Capetonian house in 2014 and the forgotten collection (including darkroom materials, negatives and prints) was found in the attic. Coetzee took these photographs as a teenager, when he was still considering photography as a career option and bought his first cameras, set up a darkroom and became a founding member of a photography club at his school. They are an extraordinary record of this time in his life. Walking among the images in the museum, I could not help feeling moved and, at the same time, strangely haunted. At the time, I did not know how to articulate my response to the exhibition, but when I saw JM Coetzee: Photographs from boyhood, I was eager to engage with the subject matter again.

The remarkable publication includes the photographs from the exhibition and others from the attic collection, with brief comments by Coetzee. For example: "Harry Cartoulis (left) who was reputed to have had sex, the real thing." Or: "Nic Stathakis, my earliest and (as it turned out) most enduring friend. My friends were mainly Jews and Greeks, hardly ever Anglos. Why, I wonder?" The introduction by Wittenberg and his interview conducted in March 2017 with Coetzee about the images are fascinating. It is a beautifully produced book that will surprise and enlighten even the most devoted Coetzee readers, but might also be an intriguing entry point for those yet unfamiliar with the Nobel Prize winner's work.

What struck me most about the book is that, along with the aspiring artist's curiosity and professionalism, it conveys, perhaps even unintentionally, a certain kind of vulnerability that probably should have been – but wasn't immediately – obvious in my thinking about the author and his writing. This is a young man who is still searching for his medium of expression, watching and recording his subjects – often unbeknown to them – in a soul-searching, piercing, yet seemingly detached manner that reflects later in his writing. And this is a boy trying to define for himself what it means to be a man in the world. A photograph of Coetzee's private library at the time, for example, reveals that of the books which can be identified by title and author, none is by a woman author. In the interview with Wittenberg, Coetzee speaks of how "in the 1950s 'serious' photography carried considerable cultural cachet. It was also a manly activity, in contrast to such effeminate activities as composing poetry or playing the piano." And, yet, his bookshelf includes poetry by TS Eliot, Oscar Wilde, Keats, Tennyson and Wordsworth. In this respect, and considering Coetzee's autobiographical writing, the photographs of Coetzee's mother, Vera Coetzee, are enthralling.

The photographs also offer glimpses of Coetzee's family and school life, the lives of farm and other workers, landscapes and cityscapes, experimental photographs, self-portraits and still lifes – mostly of darkroom and writing equipment, his first meta images that would continue reappearing in his work. Among my favourites are a stunning portrait of a painter in overalls and a brush in his hand and another one of Coetzee's brother, David Coetzee, on a bicycle. I was also captivated by the images of various private and public places in Cape Town which today, transformed but recognisable, are part of my own everyday world. Wittenberg comments in the introduction that it is "like looking through a keyhole into a lost world". Yet, some of this world remains familiar and echoes through the photographs into the present.

In a series of images of farm workers on the beach, in Wittenberg's words, "the liminal zone of the shore, as yet unmarked by the racial segregation that had begun to divide public spaces in South Africa, Coetzee's camera recorded the rapidly vanishing time when it was still possible for white people and black people to go to the seaside together". Next to one of the beach photographs is Coetzee's own striking comment: "Ros and Freek, born in the Karoo, on Strandfontein beach – their first ever sight of the sea. What they thought of it I will never know."

In the interview with Wittenberg, Coetzee remarks: "I believe I was interested in being present at the moment when truth revealed itself, a moment which one half discovered but also half created …. What I discovered over the course of time, unfortunately, was that I didn't have the eye of an artist-photographer … the truth was that I was never open enough to the world, particularly to other people's experience. I was too wrapped up in myself. Which is not unusual at that age." This is, to say the least, an interesting comment about a young man who would become a writer of Coetzee's calibre.

It is obvious from his writing that Coetzee has remained fascinated by photography throughout his life, and JM Coetzee: Photographs from boyhood is a vital contribution to the understanding of the medium's influence on the entire oeuvre of JM Coetzee, the author.