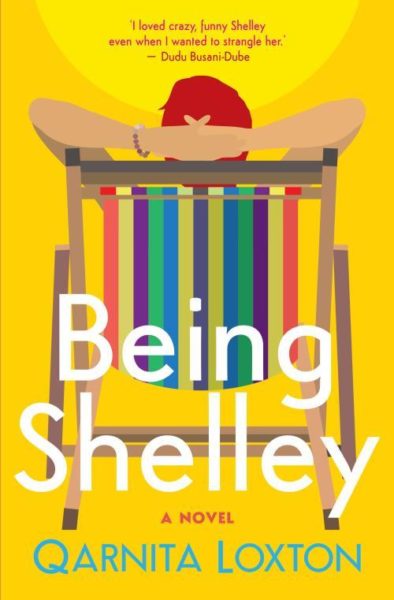 At the age of 44, Shelley Jacobsen has officially stumbled into a midlife crisis. She is equal parts fed up with her monotonous home life and tired of raising her twin toddlers – as she would put it – in a perpetual state of #MomFail. Even the small coffee and gift shop she co-owns with her best friend, Di, no longer provides enough of an escape. So, when 22-year-old Wayde strolls into Shelley’s life smelling of “pina colada vanilla dessert” and offering surf lessons for her kids, she jumps at the opportunity to add a little excitement to her life. But what starts as an innocent text here, and a few fire emojis there, soon escalates when Shelley takes Wayde on as a barista at Coffee & Cream. Throw in a couple gal pals who may or may not be ignoring her, and one very Jewish husband, and you’ve got yourself the recipe for Shelley’s suddenly very complicated life.

I’d like to preface all critique by making it clear: I am certainly not the intended audience of Qarnita Loxton’s latest novel, Being Shelley. That being said, my greatest issue with the book lay solely with its titular character. This is not meant to be a fault on Qarnita’s writing, which itself was well paced and flowed nicely, but it was sadly overshadowed by the utterly intolerable leading lady, Mrs Shelley Jacobsen herself.

Shelley’s consistently selfish behaviour is not “quirky”. Her lazy work ethic and inconsiderate attitude towards her best friend/colleague are not “relatable”. And any character who engages in an emotional and, eventually, physical affair – when she becomes frustrated with her marriage, due to her husband’s constant attempts to speak to her about anything that interests him, asking her to spend the bare minimum amount of time with his family, and requesting that she maintain any level of respect for his religion, whatsoever – does not succeed in earning my sympathies.

She proclaims herself to be a failed mother, wife and friend, but uses her shortcomings only as an excuse for her self-serving behaviour whenever her actions are called out, rather than trying to better herself. The only satisfaction I felt was at the eventual consequences of Shelley’s would-be dalliance – an outcome I had not expected when her flirtation with Wayde began.

Even while being aware of her own faults, Shelley continues to display a constant need to invalidate any form of offered assistance from her friends or husband. Her stubborn determination to reject all advice from those she supposedly deems her loved ones, is more likely a reflection of her own feelings of inadequacy about herself, than ignorance of her flaws.

Seeing that this is already the third book Qarnita has centred around Shelley and her friends, it is difficult to know whether she has always been the weakest link in her friendship group of otherwise fairly well-put-together women, or whether she has previously served as a support system for Lily and Kari, as they have now done for her. All I know is that I’ve had my fill of Shelley Jacobsen for quite some time, and should the fourth instalment be hitting shelves anytime soon, you’d be unlikely to find me first in line. Fortunately for Qarnita, I happen to be majorly in the minority.

It’s quite extraordinary for me to see how many older women – mothers and wives, in particular – see so much of themselves in Shelley. I suppose it goes to show how significant the age gap can sometimes be in terms of our chosen literary entertainment, and what a woman may feel comparative with in certain times of her life. As they say, to each her own. But, for a critic just below the targeted age group, and very out of her comfort zone reading any type of romance-heavy novel, my overall feeling towards the novel is exactly what you would expect: just not my cup of tea.