Zero rating of Internet services is a modern practice whereby Internet Service Providers (ISPs) structure an Internet access package in such a way that certain data is calculated at zero rates. As a result, the user does not have to pay for that data. Of course, this practice makes sense only when the user is subject to a monthly or specific size data cap. While the practice of zero rating may benefit users in the short term by saving data costs, it also has very adverse effects for the entire industry in the long run.

This article introduces zero rating within the context of network neutrality, and then discusses how two states, Canada and the Netherlands, have been working to protect their own telecommunications systems against the adverse effects of zero rating. It may contain meaningful lessons for South Africa, which has not yet sought to regulate zero rating.

Zero rating falls within the broader framework of network neutrality. The concept of network neutrality was developed by Timothy Wu in 2003 as an anti-discrimination principle where a balance should be struck between the interests of commercial internet operators and ordinary internet users. Commercial internet operators have the ability to manipulate their networks in such a way that certain data traffic could be “throttled” to the detriment of other data traffic. By doing this, new “faster” Internet packages could be developed (at a higher profit), or specialised packages that give preference to certain applications, like audio or video streaming, could be offered. Wu argued that all data-traffic should be routed on a network-neutral basis. By doing this the data-agnostic architecture of the Internet could be sustained to the benefit of ordinary Internet users.

Zero rating is a practice that infringes upon network neutrality by favouring certain data over others. ISP’s can use zero rating to strengthen their market share, which could be detrimental to smaller role players. This issue was recently brought into focus when a number of smaller ISP’s in Canada brought a complaint to their national telecommunications regulator, the Canadian Radio-television and Telecommunications Commission (CRTC). The complaint was that Quebecor Media, a large ISP in Canada, was zero rating certain music content, and that this resulted in an unfair advantage to them. Furthermore, it was argued that Quebecor Media was infringing upon section 27(2) of the Canadian Telecommunications Act, which forbade giving any preference to anyone, including itself, by providing a discounted data service.

After investigating the case thoroughly, the CRTC came to the conclusion that Quebecor Media was in fact contravening section 27(2) of the Telecommunications Act. In addition to this it was putting other ISP’s at an unreasonable disadvantage. The CRTC did not prohibit the use of zero rating, but decided to rather lay down principles that should be followed when differential pricing practices (of which zero rating is an example), are considered by ISP’s.

The point of departure for the Framework is that any differential pricing scheme may not infringe upon section 27(2) of the Telecommunications Act. This section stipulates that:

The CRTC interprets this provision as a method to enforce network neutrality, and states that all traffic on the Internet should be given equal treatment. This is accomplished by not manipulating or giving preference to certain data. After examining the practice of zero rating, the CRTC comes to the conclusion that it is not really a new technology, but simply a way to market certain products in a creative way. If, however, this leads to unfair competition, then zero rating should be regulated.

It is interesting to note that the CRTC did approve certain types of zero rating. For example, it is common practice that ISPs provide a zero rated service to their customers to access their own accounts. This is usually done by way of a dashboard, where the ISP provides detailed information (often in a graphical format) to their customers on how much data has been used, as well as providing other statistical and billing-related information. To do this uses data, and when this is zero rated, it does not provide any unfair advantage to the particular ISP.

In the Framework the Canadian telecommunications regulator created a system where zero rating was not abolished outright, but rather shaped in such a way to create a space for all role players to compete fairly. This is the correct approach to follow.

In 2017 a Dutch court also had to grapple with regulation of zero rating in T-Mobile Netherlands v Autoriteit Consument en Markt. This turned out to be quite a challenge, since legislation from the European Parliament was in direct opposition to that of the Netherlands. Section 3(3) of Regulation 2015/2120 of the European Parliament regulates network neutrality by stating that all data should be treated equally. It does not deal with zero rating by name. In contrast, section 7.4a (3) of the Dutch Telecommunications Act stipulates that ISPs may not fix the price of telecommunication packages by using applications (like Facebook or WhatsApp) or rendering specific services. This strange provision has the effect that zero rating is prohibited in the Netherlands, since zero rating fixes the price on the basis of a specific service (like music or video streaming).

The problem that the Dutch court had to resolve was that the ISP in question did technically not contravene section 3(3) of Regulation 2015/2120, as iInt treated all related data on its network equally, but that it did contravene section 7.4a (3) of the Dutch Act by fixing the price of the package on a specific service (in this case music streaming). After examining both pieces of legislation, the Dutch court came to the conclusion that the two sections are indeed in conflict, and since Dutch law is subservient to European Union law, the latter had to prevail. As a consequence, the zero-rated service was allowed, even though it contravened Dutch law.

The South African regulator (ICASA) can learn much from its Canadian and Dutch counterparts. Although the South African Information Communications Technology (ICT) Policy White Paper states that zero rating should be considered by the regulator, it is still not done, despite the fact that zero rating is already being used extensively in the South African market. The Canadian Framework has shown that zero-rated offerings could prove disastrous for the entire telecommunications sector if left unregulated, as it creates unwanted monopolies. On the other hand, it is sensible not to prohibit zero rating outright, as there are limited situations where this practice should be allowed for the benefit of users. The South African regulator should use the opportunity to regulate zero rating adequately to the benefit of all its people. 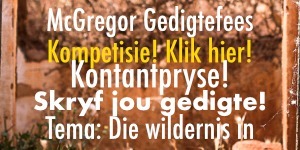