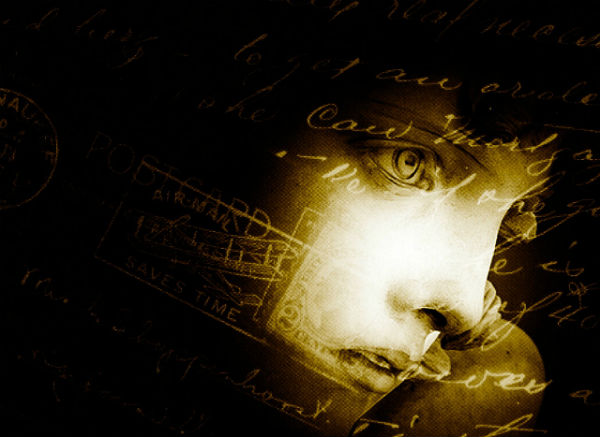 Sorrow struck her suddenly, one Thursday in September. And, with it, came a chance Thought that crept up her sleeve and into her ear. She lay supine on a grass verge, rolling a rusty red tomato between her thumb and forefinger.

“Don’t give me that look,” she said to the Thought.

The Thought rolled its eyes. “You knew better.”

Quiet. The faint sound of birds in the distance.

“I was young,” she countered after a while, shaking the Thought out of her ear and onto the grass beside her. The Thought sat down with a grumble.

“That didn’t matter then … Why should it matter now?”

She turned onto her side, away from the Thought, staring intently at the tomato. In the bright afternoon sunlight, she could see straight through it.

A fleeting stubbornness. She had always been reticent regarding her personal matters, and so did not enjoy the manner in which the Thought was prying.

The Thought was gnawing on her elbow now, its jagged little teeth pulling at her loose ends.

“You can bite at me all you want. You’re just wasting your time,” she said defiantly. The Thought bit down harder, and in a moment of impulse she flicked it away.

The Thought collided with a tree trunk, omitting a loud squeak before skulking away. “I’ll be back!” it yelled threateningly.

“Excuse me?” A tiny voice. On the bridge of her nose, another Thought had appeared.

She squinted at it.

“What do you want?” she said impatiently.

The Thought reached out, grabbing a fistful of eyelashes and yanking.

“Do you ever think about it?”

She shook her head, shaking the Thought loose from its grip. She held up her tomato, blocking out the sun.

“Please come back some other time.”

The Thought curled up in the crook of her collar bone.

“Maybe it wasn’t really your own fault,” it yawned sleepily.

There was quiet for a brief while, but then a knock on her forehead caused her to lose hold of her tomato, bonking the sleeping Thought on the head. A third Thought was tapping at her with the most alarming urgency.

“What will people think?” the Thought wailed fretfully, meandering in figure eights around her eyebrows.

“It doesn’t matter what people think,” the sleepy Thought replied demurely, wrapping its arms around the tomato and making its way down the girl’s shoulder and onto the grass verge. Here, the Thought began to dig ferociously – a modest grave for the tiny fruit.

“You know you don’t really believe that …” said the weary Thought, jumping from eyelid to eyelid, avoiding the flurry of hands trying to bat it away.

The girl sat up abruptly, sending the frantic Thought flying.

“Where are you going with my tomato?” she cried out in trepidation, forgetting for a moment to quarrel with her Thoughts. “I need to keep it safe so I can grow it.”

The first Thought had reappeared by now, and was hanging off the tip of her nose.

“Actually,” it said matter-of-factly, “I think that’s the problem.”

The girl shrugged, defeated. “I don’t understand why you’d say that. I’ve been saving this tomato for a long time.”

An army of Thoughts had started to appear on the grass verge, their little voices chanting commands. Some climbed all over her, while others ran in frantic circles around the tomato.

Then, in the handsome afternoon sunlight, they tore the tomato apart.

The girl could do nothing but watch. And, when it was over, she turned to the Thought on her shoulder.

“Why did you do that?” she cried out, backhanding the Thought onto the grass.

It sat up, swaying and rubbing its head. “You wanted us to.”

“But I don’t even know who you are,” she retorted angrily.