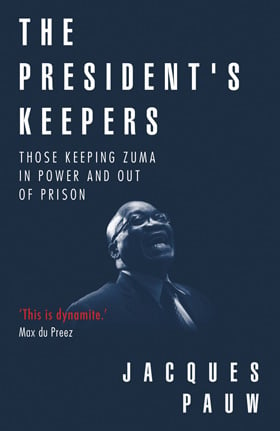 In a gripping tale Jacques Pauw confirmed what journalists were writing piecemeal about and South Africans had suspected for almost a decade: The Zuma administration created a shadow state designed around a patriarchal system in order to divert public funds for the private use of a select few. It was premeditated corruption on a grand scale. The President’s Keepers effectively showcases the mutually parasitic relationship between spies, cronies and kingmakers where the inimitable Jacob Zuma played the interchangeable role as chess master and pawn in the hands of the greedy.

The power of The President’s Keepers lies partly in the explosive revelations it makes, but mostly in that for the first time a broad-based narrative connected the dots between the private and public interests propping up Zuma at all costs. In another country, Pauw’s revelations would have toppled a government. In South Africa, Pauw was hounded, harassed and dragged to court. He steadfastly stood by his revelations, even under duress from the Hawks.

Crispian Olver
How to Steal a City
(Jonathan Ball Publishers) 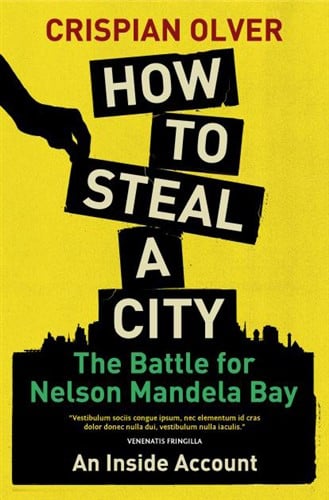 In this riveting account of the systematic capture and looting of Port Elizabeth, Crispian Olver relies on his insider knowledge of the ANC, but reveals his profound discomfort with the current state of that organization.

Port Elizabeth is a city central to the Eastern Cape, a region with special historical and political significance. In many ways, the fate of Port Elizabeth is a text book case study of the ways in which corruption can gradually infect every part of a political system, making it nearly impossible to eradicate.

One of the difficulties facing any attempt to arrest the decline, and expose the perpetrators, is that it is extremely dangerous. Olver explains the terrible toll of his efforts to do so, including the impact of the stress caused by living in fear of his life and with a constant bodyguard, as well as by the fraught working conditions, on his health and relationships.

The extensive investigation directed and conducted by Olver reveals astonishing, shrewd and callous tactics to direct scarce resources from the public purse into the pockets of crooked individuals, aided and abetted by a range of professionals (including attorneys), law enforcement personnel, and municipal officials at all levels. Olver’s constant reflection on his own ethical dilemmas adds an important dimension to his analysis. The related story of how the ANC lost its majority in Port Elizabeth during the local elections, which rounds out the book, is equally fascinating.

It is a well-written, thrilling account of an extraordinary set of events which provides the reader with new information and insights, and which makes an important contribution to the fight against corruption in South Africa more broadly. 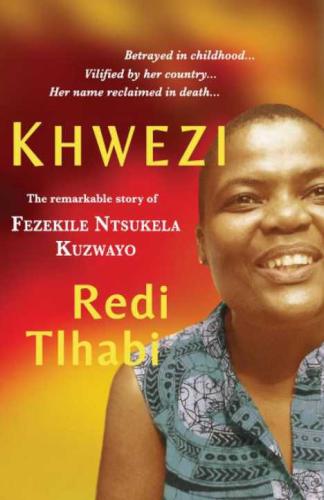 Fezekile Ntsukela Kuzwayo – for long known for her own protection only by the nom de plume Khwezi – had the stuff of a Shakespearean tragic hero about her.

As a toddler, she saw apartheid South Africa through the prism of exile. In due course, she would at first hand experience the worst of the new country her parents and their fellow comrades had helped rise like a phoenix.

Again, ironically, she was forced into exile, to shroud her from the aftermath of the rape trial of Jacob Zuma, in which she had been his accuser.

In Khwezi, Redi Tlhabi puts a face and life, in its minute and sometimes even mundane detail, to the name.

She does so in sparse and matter-of-fact prose that allows the facts, often cruel and marked by inherent pathos, to speak for themselves.

Informed by an awareness of feminist theory, but without letting that intrude upon her account of a rich and complex life, Tlhabi holds up to the reader a courageous woman whose life came to an end too early, and before the product of their extended engagement could see the light of day.

Thus emerges a thought-provoking and often upsetting tale of a life that Kuzwayo’s parents would surely never have thought possible in the brave new world that would follow upon the success of the struggle.

With sensitivity and insight, Tlhabi demonstrates how South Africa still has a considerable store of “unfinished business”.

How might perfection be achieved? This question is open-ended and difficult. Masterfully, Thlabi sets her huge swathe of readers thinking.