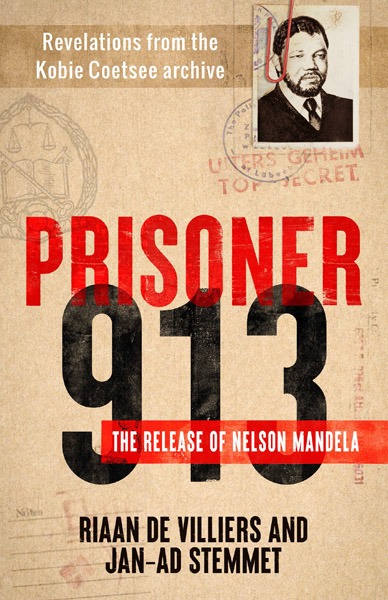 South Africa’s transition from an oppressive minority-led government to a constitutional democracy has been a subject of fascination for scholars for many years. With “captain” Nelson Mandela (1918–2013) leading team South Africa in the number six jersey, symbolically the same number as Springbok captain Francois Pienaar, the country’s transition has long been put forth as a model for peaceful conflict resolution and political negotiation, to be adopted by warring societies. Mandela is perhaps one of the most famous people to have ever lived, and I wonder how many books have been written about him. The oldest book on Mandela that comes to my mind is the biography Higher than hope by Fatima Meer (1928–2010). I’m sure one would almost be able to fill a library with all the books that have been written on the life of Mandela over the years. There have been other biographies as well. Martin Meredith published an acclaimed biography on Nelson Mandela. Mandela’s autobiography, said to be ghostwritten, has been translated into many languages. There have been books published exploring Mandela’s youth. There are books written by people who knew him well, such as Good Morning, Mr Mandela by Zelda la Grange. Not to mention all the books documenting the ending of apartheid. At least one book was taken off the shelves for containing medical information deemed too personal. There were cartoons, letters, inspirational books – too many to mention. For some people, yet another book on Mandela might be one too many. But hold on to your horses.

Most South Africans will know that Mandela was incarcerated on Robben Island, and that his prison number was 466/64 – prisoner number 466 of the year 1964. The number 913 was a separate number assigned to Nelson Mandela by the government, and its use was not limited to his time on the island. This is but the first of many insights obtained from the archival material that the authors consulted. The book contains many archival records that have never been printed before, such as transcripts of conversations, reports, etc. These records form part of what has been dubbed the “Kobie Coetsee archive”, which is hosted by the Archive for Contemporary Affairs, located in Bloemfontein at the University of the Free State. Kobie Coetsee (1931–2000), as cabinet minister during the 1980s, played a prominent role in the political negotiation process, and the introduction to the book details how these records came to the attention of the authors. According to the authors, the book “does not seek to retell the story of the South Africa transition” (6). Rather, the book sheds new light on one part of the transition, that of the secret negotiations between Mandela and the apartheid government.

Archival material is rarely easy to read. Taken out of context, an archival document can even become obsolete. In archival terminology, the original order of documents is a critical part of their preservation and future interpretation. In order to bridge the gap of interpretation, the authors have done the hard work for the reader, drawing on their knowledge of the many books and publications previously written on the subject, and comparing the information – in the process, broadening the perspective on these historical moments. The book is not provided to any archival references, which probably indicates that the material in the “Kobie Coetsee archive” has not been compiled into an inventory yet.

Prisoner 913 is a wonderful book and definitely worth the read, and it will be of particular interest to serious scholars of history and cognate disciplines, particularly as it contains archival material that has not been published before. While South African archives are facing an uphill battle, there remain many discoveries to be made in our repositories, which will broaden perspectives. South Africans need to tell and retell and, in particular, reappraise their own stories, and for this, the country needs more historians, professional as well as amateur. It also needs archives and awareness of the importance of archives, without which proper historical research cannot be done.