In an imaginative marrying of ballet and sculpture, the online film is inspired by and set against a stage of Kentridge’s Why should I hesitate: sculpture exhibition. Presented by Norval Foundation Why should I hesitate: sculpture was the first exhibition internationally to address Kentridge’s output as a sculptor, with a unique focus on this aspect of his practice. The exhibition featured both new and historical artworks and brought the origins of these works, in props from his operas and images from his animations, stepping off the stage and out of the screen, confronting visitors directly at ground level.

Dancers from CTCB’s Choreolab programme each selected an artwork from the exhibition, which included iconic Kentridge works such as World on its hind legs and Singer trio. Informed by the narrative and lines of the work, the dancers created a short dance piece around it for inclusion in the film. The score was composed by Cape Town based Peter Johnson, who drew inspiration from the sculptures and the dancers’ movements as “live sculptures”. 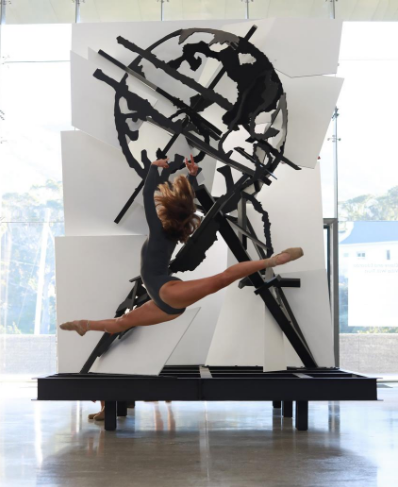 Both Cape Town City Ballet and Norval Foundation temporarily closed in March 2020 as a result of operating restrictions due to COVID-19. Under level 3 regulations, arts institutions can record content without audiences and under strict safety conditions for digital streaming. Norval Foundation’s popular Skotnes Restaurant also recently re-opened with access to their Sculpture Garden.

“We are proud to be associated with Norval Foundation and especially honoured to mark our first partnership with them celebrating the work of internationally acclaimed artist William Kentridge,” says Debbie Turner, CEO of Cape Town City Ballet.

“These have been difficult times for everyone in the arts sector and we build strength and continue to inspire creativity by collaborating with like-minded organisations. The digital space presents exciting different opportunities how we communicate our stories, pushing and exploring creative boundaries, while working towards our objective of taking ballet to as wide an audience as possible,” says Turner.

“We are delighted to be partnering with Cape Town City Ballet on an innovative virtual project that harmonises two powerful art forms – dance and the visual arts. As a young, multidisciplinary institution, we value this dynamic interplay. Museums worldwide are looking at how dance – which until now has been performed almost exclusively in theatres – can be experienced in a more interactive and experimental museum context. The museum setting allows dance artists to engage with and interpret the artworks in a way that transforms both artwork and dancer, in a synthesis that generates new and exhilarating meanings and possibilities,” says Elana Brundyn, CEO of the Norval Foundation.

“Cape Town City Ballet’s conversation with William Kentridge’s monumental sculptures, in Why should I hesitate: sculpture, is a dramatic, visually arresting presentation of movement through negative space, evoking Kentridge’s theatrical training at the L’Ecole Jacques Lecoq in Paris. Now more than ever, creative companies must stand united to find ways in which to celebrate all forms of artistic expression, transition for the times, and above all remain connected with our loyal audiences. We hope this is the first of many such collaborations.” 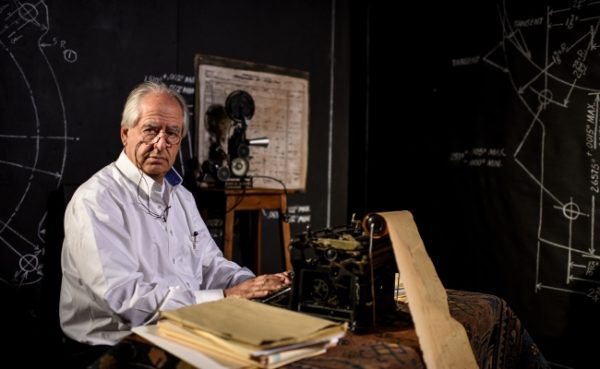 CTCB’s Choreolab programme was introduced in 2019 as a platform to incubate, nurture and invest in aspiring South African choreographers from within the company. The choreographer is supported in creating and staging a work, while developing their choreographic skills by also working with a mentor. Dancers taking part on this year’s programme are Tamlyn Higgins, Mbulelo Jonas, Kristin Wilson, Kholekile Biyongo, Conrad Nusser, Gabriella Ghiaroni, Gabrielle Fairhead, Mia Labuschagne and Nicolas Laubscher.

“This time is not a question of survival for Cape Town City Ballet – one of the longest standing ballet companies in the world – but one of growth and development,” says Turner. “We will continue to explore new ways to engage with our audience, until the time we can come together again to experience the magic of a live performance.”

Cape Town City Ballet is grateful for the generous support of the City of Cape Town.

Cape Town City Ballet is one of the longest standing ballet companies in the world. With strong heritage and roots, the organisation is moving into the next era with the objectives of delighting anew its loyal supporters as well as inspiring new audiences to love ballet, all to be achieved by delivering unique dance entertainment through integrity, creativity and excellence.

Since the company’s inception, it has been renowned for providing opportunities for training and employment to all, despite the ruling laws of previous times. It remains committed to developing the dancers of the future, and the CTCB’s various development and education programmes have reached more than 320 000 young people. Its audience development and training initiatives include the Young Male Dancer Development Programme, the Apprentice Programme and partnerships for training programme with various dance schools.

The Choreolab programme was introduced in 2019 as a platform to incubate, nurture and invest in aspiring South African choreographers from within the company. The choreographer is supported in creating and staging a work, while developing their choreographic skills by also working with a mentor. Three dancers took part in the 2019 initiative with a further six scheduled for 2020, culminating in the presentation of their work at an event later this year. This will be an annual programme to further develop new South African creative talent, each year working with different choreographers as mentors on the programme.

CTCB aims to serve the dance community as a whole, and provides opportunities for teachers and young dancers in training from around the city to participate and gain experience in professional productions and attend various rehearsals. Last year saw students and young dancers take part in A Christmas carol, Sleeping beauty and Enemy behind the gates. In 2020 students have had the opportunity to observe rehearsals of Maina Gielgud’s Swan Lake.

Norval Foundation is a centre for art and cultural expression, dedicated to the research, exhibition and education of 20th and 21st century visual art from South Africa and beyond. Located in the Steenberg area of Cape Town, adjacent to Table Mountain National Park, Norval Foundation combines the experience of art with an appreciation for nature. The Sculpture Garden, outdoor amphitheatre, purpose-built exhibition spaces and research library are situated in a unique setting that offers visitors a multisensory experience. This is complemented by The Skotnes Restaurant and Bar, a bespoke shop and a children’s playground. Norval Foundation aims to create high-quality exhibitions and public programming to broaden our understanding of the visual arts.

Norval Foundation is honoured to be the custodian of the Gerard Sekoto Foundation, the Edoardo Villa Estate Collection and the Alexis Preller Archive. Norval Foundation supports the belief that art has the power to enrich our lives and that artists contribute to our communities in a profound way. The Norval family are the founders and initial funders of Norval Foundation and their aim is to make art widely accessible.

William Kentridge is internationally acclaimed for his drawings, films, theatre and opera productions. His practice is born out of a cross-fertilisation between mediums and genres, and responds to the legacies of colonialism and apartheid. His aesthetics are drawn from the medium of film’s own history, from stop-motion animation to early special effects. Kentridge’s drawing, specifically the dynamism of an erased and redrawn mark, is an integral part of his expanded animation and filmmaking practice.

Kentridge’s work has been seen in museums and galleries around the world since the 1990s, including Documenta in Kassel, the Museum of Modern Art in New York, the Albertina Museum in Vienna, Musée du Louvre in Paris, Whitechapel Gallery in London, Louisiana Museum in Copenhagen and the Reina Sofia museum in Madrid.

Opera productions include Mozart’s The magic flute, Shostakovich’s The nose, and Alban Berg’s Lulu, and have been seen at opera houses including the Metropolitan Opera in New York; La Scala in Milan; English National Opera in London; Opera de Lyon, France; Amsterdam Opera, The Netherlands, amongst others. Summer 2017 saw the premiere of Kentridge’s production of Berg’s Wozzeck for the Salzburg Festival. The Head & the Load, sometimes described as a processional opera (with original music by composers Philip Miller and Thuthuka Sibisi), opened to critical acclaim in London and New York in 2018.

Kentridge is the recipient of honorary doctorates from several universities including Yale and the University of London, and in 2012 he presented the Charles Eliot Norton Lectures at Harvard University. In 2010, he received the Kyoto Prize. In 2015 he was appointed an Honorary Academician of the RoyalAcademy in London. In 2017, he received the Princesa de Asturias Award for the Arts, and in 2018, the Antonio Feltrinelli International Prize.