Anton Brink shares his thoughts behind the The Blue Door, an installation artwork reflecting his relationship with his deceased father, André P Brink. This work is part of the solo-exhibition Unspoken/Stilswye currently on view at the Breytenbach Gallery in Wellington. 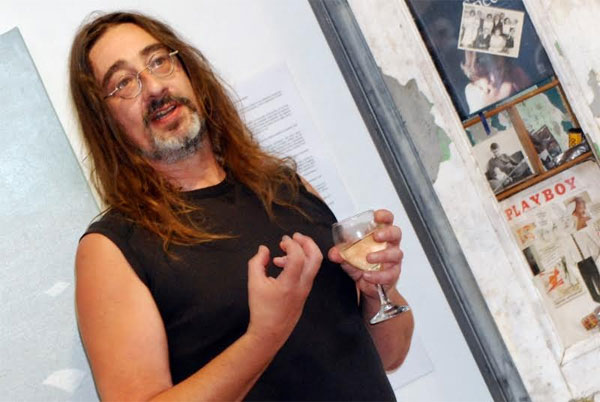 My most lasting childhood memory of my father is the sound of loud classical music and sporadic typing coming from behind his closed study door. This was what inspired this work, which I first conceived in 2007, around the time of the birth of my own first child. It remained a page of scribbled notes until after my father’s death in February 2015.

All the components of this found object and assemblage work have some personal significance for me in the context of my relationship with my father. The door itself comes from my first house, which my parents helped my partner and me to buy. The soundtrack features Johannes Brahms’s Missa Canonica, the first movement of which, “Sanctus”, is particularly mentioned by my father in his letters to Ingrid Jonker (qv Vlam in die Sneeu). The sound of intermittent typewriting interrupts the music from time to time. 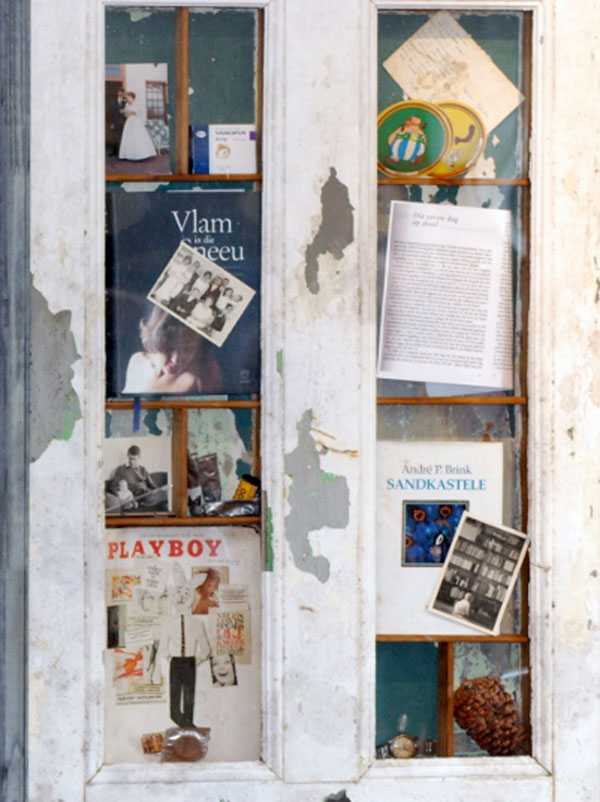 The two upper panels of the door have been turned into printers’ trays or shelves (appropriate for an author), and contain (clockwise from bottom left): 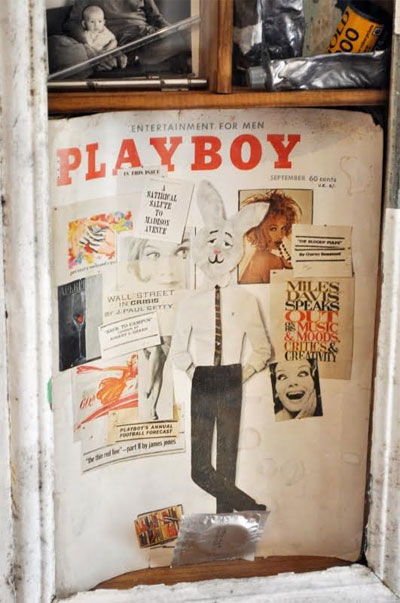 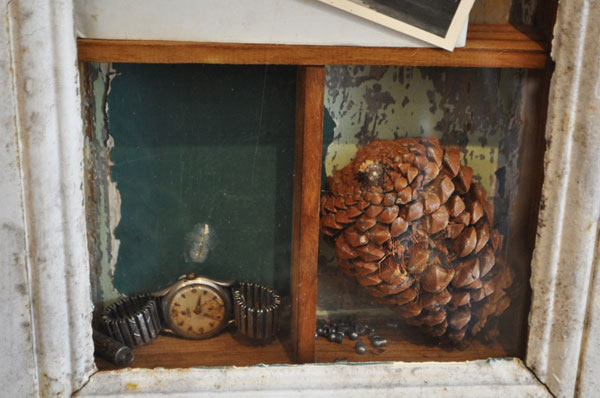 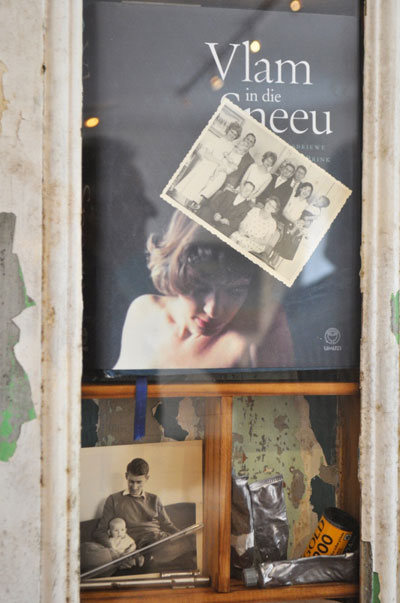 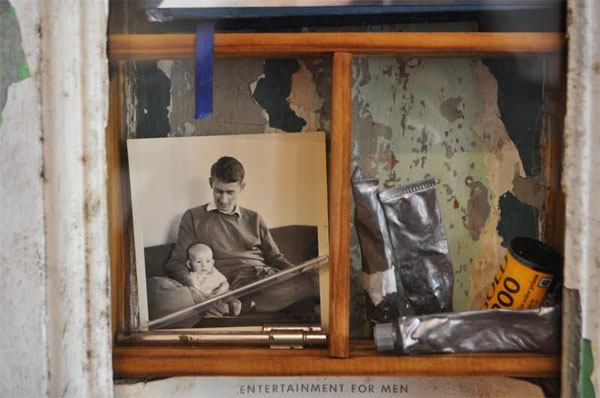