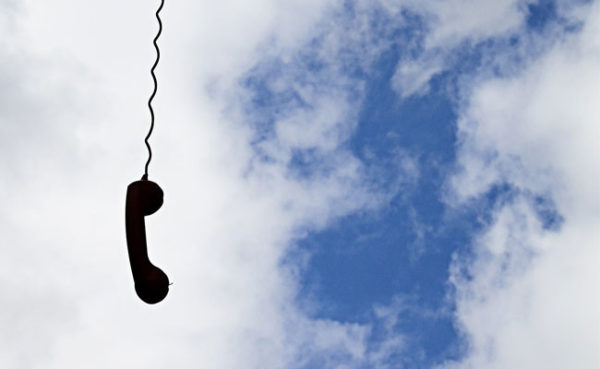 “Why do you want to change? You sound unhappy. Are you lonely?”

“Yes, sometimes I can’t get out of bed. This week was a good week, though. I just want to be different, I guess.”

“I go for long walks. I read books. I have a journal. I take photographs.”

“What do you take photographs of?”

“People. Animals, mostly dogs and their owners. I don’t have a dog. Dogs inspire me. They’re very loyal, very loving, even to people who do not love them back. I take pictures of nature. Table Mountain.”

“What about doing something different? Change your routine. Go to the beach for a long walk.”

“I’m not brave like that. Too many teenagers around.”

“You walk on the mountain?”

“Yes, I walk on the mountain. I like being around the tourists.”

“Why do you take pictures of people who are depressed? Are you depressed? No boyfriend?”

“No boyfriend. Although, maybe if I had a boyfriend I wouldn’t be so depressed.”

“Don’t you want a boyfriend? Every girl wants a boyfriend, or maybe a girlfriend.”

“That’s a good question. Oh, everything. I don’t think you have that kind of time.”

“I don’t know. If you think I should be on medication, perhaps I should go and see a psychiatrist.”

“I’m not a qualified therapist.”

“It can help. I’m only saying that it can help, perhaps in your case. Antidepressants have helped other young women your age.”

“Yes, I am a good mother. I love my children. I love my husband, but this phone call is about you, so let’s talk about you. What’s troubling you, dear? What other troubles do you have?”

“Oh, dear. You want to go to Paris. I don’t understand. Do you have friends, dear? Speak louder. I’m a bit confused about what you’re talking about now. Do you think you need medication? Maybe what you really need is a holiday, to go away and live a little. Can’t you go somewhere? Don’t you have family?”

“I don’t have that kind of family.”

“What are you going to do for Christmas?”

“What I mean to say is that I do have family, but we’re not close like that. I wouldn’t want to impose on anyone. My siblings – I have a brother and a sister; well, they have their own lives. They’ve made peace with me, but there are boundaries. They have children, and I’m a child, too. Even the doctor calls me girl. I have a sister, but we’re not close. Christmas, my brother will visit with his family. Who all is coming, well, just close family. Wife, son, twin daughters. My sister won’t make it this year. She’s going to Prague.”

Julia ignores the purple bruise on her arm. Heaven knows how that happened. She ignores the hungry dogs in the yard that have to be fed, her hands, her belly fat. She ignores the sound of an oncoming train. Ignores the laundry that has to be done, the dirty dishes in the sink, the sticky linoleum floor, the countertop that needs to be wiped down. Instead, she lifts the telephone to her ear. Makes herself comfortable. She knows in advance to prepare herself. She doesn’t know the face of the person she is going to speak to. Anyway, they’re anonymous. This suits her personality. She can hear (instinctively) whether it is a man’s voice (distinct-gravelly, heavy-gritty-like, powerful), or a woman’s (soft like her grandmother’s, soft like molasses).

She will think of these counsellors (men or women) in bed. Wonder whether they are sad, lonely, unhappy and Tolstoy-dysfunctional in their own way. She wonders about their own psychological framework. Wonders whether they are evil or good, married to evil or good people. Are they separated or divorced, with playful small children who eat up all their lovely time, or do they have moody teenagers? Is there a highly intelligent, painfully shy teenage daughter who finds herself in the drama club, a teenage daughter in the picture who has trust issues or abandonment issues, who finds that she can’t stop eating and putting her finger down her throat? She remembers what she was like as a moody teenager.

Always writing in her journal. Bulimic. Chubby, with pimples. Unpopular. Always picked last in gym. She thinks of Durban, then. Pietermaritzburg, to be exact, where her father’s old friend Dharam Jugernath lived with his criminal lawyer son, married to a doctor. She thinks of the flash floods that made the news one evening not so long ago. The ocean seemed to spill over into streets. Traffic came to a standstill. People were marooned. Told to stay at home – but, was home all that safe, as it was cracked up to be, she wondered.

She gravitated, then, after her phone call, to the television. Picked up the remote, but nothing good was on. She searched the channels for a wildlife documentary or political show. Her hand lingered over a bowl of pistachios.

Afterwards, in the bath, she would think of the person whom she spoke to in a neutral tone of voice, devoid of attitude, outspokenness, youth (and not because she needed them, but because she just wanted to clear the air between them, she guessed). She turned the light on in the rooms of the house as day disappeared. Put the kettle on. Ate a chocolate bar. Licked her lips when she was finished with it. Imagined herself with a good bottle of red wine (always red to suit her mood, she guessed), in a restaurant with close friends, celebrating her birthday. Going out to a club afterwards. Not like this. Not alone. All her life (even when she was a child), she had been an introvert. Later, much later, after hours have passed, she finds herself in front of the television again.