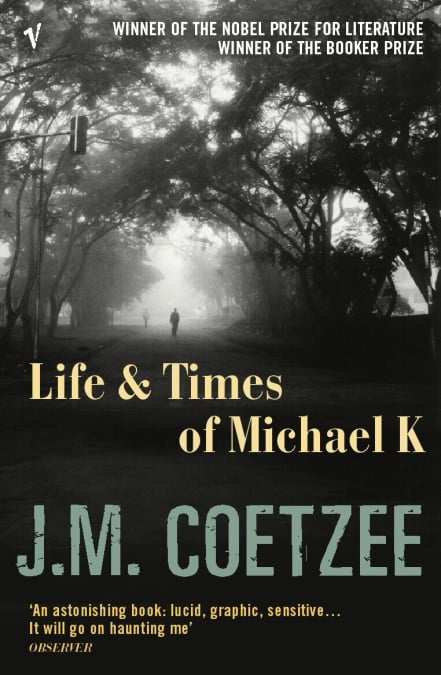 I read JM Coetzee’s Life and times of Michael K in 1984, the year after it was published: a year of great catastrophes, according to George Orwell’s novel 1984, but, for me, also a year of great joy, celebrating the life of my second-born son – South African from his father’s side, Belgian from mine. I read Coetzee’s work as a dystopian novel, set in a near future in which South Africa is caught in a brutal civil war: curfew, passes, labour camps, imprisonment for the non-whites, fascist power for the privileged. Strangely enough, at that time, I thought the main character was a white man who fought the system by withdrawing completely into the rural area where his mother was born – Prince Albert. I thought that the town’s name was a fictitious one, as I had never set foot in Prince Albert. I forgot about the name and the place until I came to live here for longer periods of time.

At the beginning of March 2020, during a conversation between Willie Esterhuyse and Moeletsi Mbeki at the Woordfees, the latter said that Life and times of Michael K was probably the most important book about present-day South Africa, more so than Cry, the beloved country. Militia and mafia being more powerful than government, he stated. Enough reason to reread the novel during lockdown.

Even if I had remembered most of the plot and characterisation (most unlikely after 35 years), it would, as always, be a pleasure to savour Coetzee’s translucent style. First, I discovered that Michael K was brown or black (Coetzee never refers to race). His mother was a servant and was brought up on a farm near Prince Albert. Why had I thought K was white? Because my family also had a live-in housemaid, and she was white, as was everybody around me who scrubbed floors and cleaned toilets.

Then, I revelled in the descriptions of the Karoo and of my favourite town and surroundings, Prince Albert. Prince Albert, though described as a beautiful town, is was nevertheless a bastion of repression, with a forced labour camp in the vicinity and intolerant inhabitants.

The most amazing shift of perspective, however, came when I realised that it didn’t matter whether the civil war had occurred during the apartheid era. Dehumanisation knows of no races, no nationalities, no dogmas. Coetzee has written a visionary novel on our troubled times. Michael K, seen by others as a simpleton with a harelip, outwits those who capture him by his passive resistance and his search for survival in a world in which we are eminently alone. He refuses food, because he believes one can live off what lives around one (wild goats, birds, insects and worms) and what one can cultivate oneself (pumpkins and melons), and drink water from the well, even if one has to dig it up with a teaspoon.

“If there is one thing I discovered out in the country, it was that there is time for everything.” In this sense, the novel is the perfect read and is moral guidance in our “Life and times of corona”.