The three winning entries are published on LAW FOR ALL’s website. LAW FOR ALL granted LitNet permission to publish the seven other entries of the Top 10 in the coming seven weeks.  Below is “Nqo” by Siyabulela Javu. 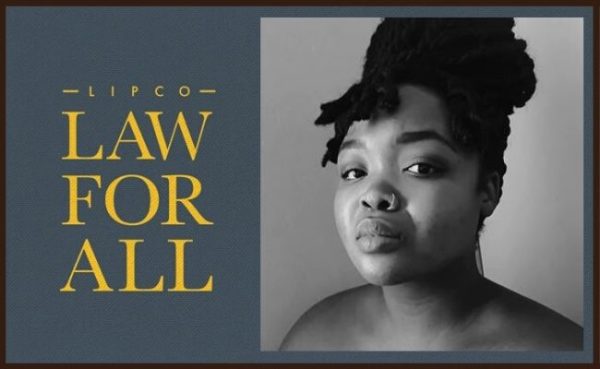 Nqo-nqo-nqo
Is anybody home?
I have been walking for 26 years
The soles of my feet will show you that I walked
Past Biko Street, Hani village, Sobukwe Secondary
The blisters on my toes will tell you that, like lightning, I ran from
The teargas, the prisons, the Afrikaans, the poverty

Ko-ko-ko
Can anybody hear me?
I have been working for 26 years
My paycheque will show you that my baas has changed
Face but not their heart nor privilege nor injustices
My bent and aching posture will tell the tale of apologising
And begging, but not one of prayer or gratitude

Knock-knock
Bakhona abantu nah!?
It has been 26 years
Yet my hips still fear swaying in the streets at night
Walls have ears, the darkness has eyes which aren’t afraid to bite
26 years ago, Winnie Mandela raised her fist in the air and
Chanted: Wa | thint | abafazi | wathint | imbokodo
26 years later, men raise their hands and plunge their fists into
The wo(men’s) ribs, breaking them more violently than rocks would
I am begging you, open the door!

Blood is spilling over faster than a hurricane
Hate and anger is the tsunami all face but don’t fear
“The children are the future” – yet
The future, much like freedom,
Has become a distant memory
Can you hear them knocking?
It is time to get up

It is time to get up
A time for leaders to lead
Laws to redress and address
For equity to chase equality
Not only to speak, but to listen, too
It is time to answer to the knock of freedom

A home isn’t what it looks like,
Democracy has its cracks and dents
A home is the people it is made out of
Love, unity and justice

Justice in the time of COVID-19: an interview on the outcome of LAW FOR ALL’s writing competition