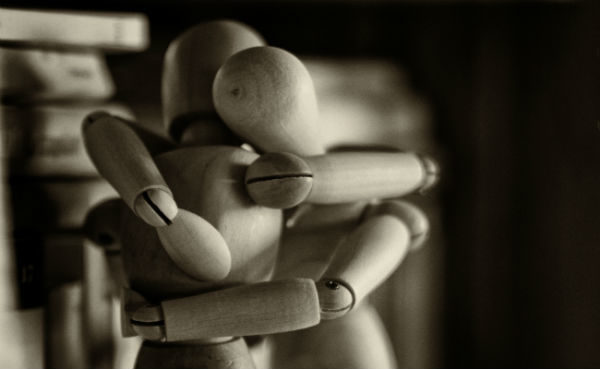 All those years, he and his mother had spat me out as if I were bad seed. They had moved forward effortlessly in the world, while I had remained a girl. What is so bad about remaining a girl, I hear you say. A girl never marries. A girl never finds someone suitable. A girl has neither wife nor husband. A girl has children out of wedlock. Are nuns girls, then, I hear you ask. She was looking for love. Eva was looking for love. When she went grocery-shopping, she was looking for love; whenever she baked biscuits when the mood took her, when she returned her romance novels to the library. She would never meet the librarian’s eyes or try and read the expression that this woman wore on her face. She had come with her father to this library a long time ago when she had still been a child.

She had come to this library when her parents were still joined at the hip (meaning “sleeping together”, meaning “having sexual relations”). Perhaps, she didn’t understand sex and the sexual impulse in both men and women. Oh, she had been with women. She had even lived with one for a while. And then the lady fell out of love with her. This older lady, a tenured professor, fell in love with another promising student, and so, Eva moved on; she got a job, got a flat, she visited her mother more often in the nursing home. Sometimes, Eva looked in on her three or four times a week. Sometimes, her mother would be sleeping, or reading her Bible. She would sit next to her mother’s bed, dreaming away the hour or two that she spent there. She thought of her hopes and her fears. Eva didn’t want to live in the past, anymore.

“I remember Moses. He was a beautiful man. He used to come to the house all the time. He loved the tea I used to make him with the cucumber sandwiches. That I remember. Tuna fish was my favourite when I was a little girl.”

Eva would always start with, “Do you remember dad, mum?” and her mother would answer, “Who? Never heard of him. Were we close? No, I don’t remember anything. You know that. I never had any children, never had the time and energy for family life. I didn’t mind. I didn’t mind. I always found things to do, like knitting, sewing or crocheting. I believed in a higher power. I still believe women must sacrifice much.”

“Mum, you’ve changed,” is what Eva really wanted to say, but she didn’t say anything. Mother and daughter were, once again, estranged, as they had been in real life. She remembered coming home one afternoon (it was a Model C school, and they were just now allowing children of colour to attend), the house wrecked. Sheets stripped off the beds, glasses and plates broken in the passage. She never brought friends home from school again after that happened. She remembered the raised voices of her mother and father arguing back and forth in their bedroom at the back of the house. How dazed and simply confused she felt. She just sat there like a crash test dummy, numb to the bone, to the core of her, ignoring her friends. If they were worried for her, or cared for her, she didn’t care. She wanted the exit out even then, even then.

She looked for love while surfing the channels, whenever she ate spaghetti or cereal or pecked at her (bird-food) muesli. She had had lovers in her 20s when she was at film school at the University of Cape Town. All had been unavailable men. All had been married men with children. All had been married men with seduction and action on their mind. The one whom she had had deep feelings for all these years was still an enigma to her. He had studied at Sussex University in the UK. Yes, he had a wife. Yes, he had grown children. To her, after all these years, he was still elegant and perfect. He was still a dream. Roberto, Roberto, Roberto. She had phoned him once. Once was all it took to realise that her dream of him didn’t quite match up to the reality of him. She didn’t even think of her own dignity and pride.

“Are you laughing at me?” she asked in a small voice, hurt, lonely, frustrated, feeling pathetic and disgruntled at the same time. To this, Roberto said nothing. She wanted to say I’m dreaming of being at your side as wife and mother, but she didn’t. Don’t you want me to be your girlfriend? was on the tip of her tongue. He would only feel sorry for her, pity her. Think that she was unstable, losing her mind, and that she needed somehow to be fixed through psychology, cognitive behavioural therapy. That was what her Croatian psychiatrist had suggested. Whenever this lady spoke to her, she felt she had to prove herself somehow. Prove that she was normal, that she lived in a normal reality. She had to prove she was happy and coping and not falling through the cracks. Not trying to find the exit out of her misery.

Yes, I was in love once, but that was a failure, too, Eva would think to herself, combing through a magazine in the Croatian psychiatrist’s waiting room. She would wonder about the bad times, the fruitful times, planting the seed and reaping the rich rewards of the harvest. She would sometimes drive through Stanford Square and buy a hamburger and pink milkshake at the drive-thru. She would eat it in the parking lot, unconcerned about the fact that the doctor had sent her to a dietician and had written in his note to the doctor that she, Eva of the Northern Areas, had become, in the span of 20 years, morbidly obese. She was in her early 50s, struggling with weight issues, when she went to see Agnes. She liked Agnes. Agnes was soft, and pleasing to look at. She became a mother figure in Eva’s life, even though Agnes was in her late 20s.

“You just want someone to hold you, don’t you?” Agnes, the Croatian psychiatrist, had said this to her just recently. Eva started to cry.

“You’re no longer a girl, Eva; why on earth do you want to do this to yourself? Make yourself sick? You have to take responsibility for your own life, now.” The Croatian psychiatrist handed her a tissue and stroked her hand. “Darling, I’m not your mother. I would never, ever dream of hurting you. You have to start letting go before the healing can begin.”

The language of bougainvillea